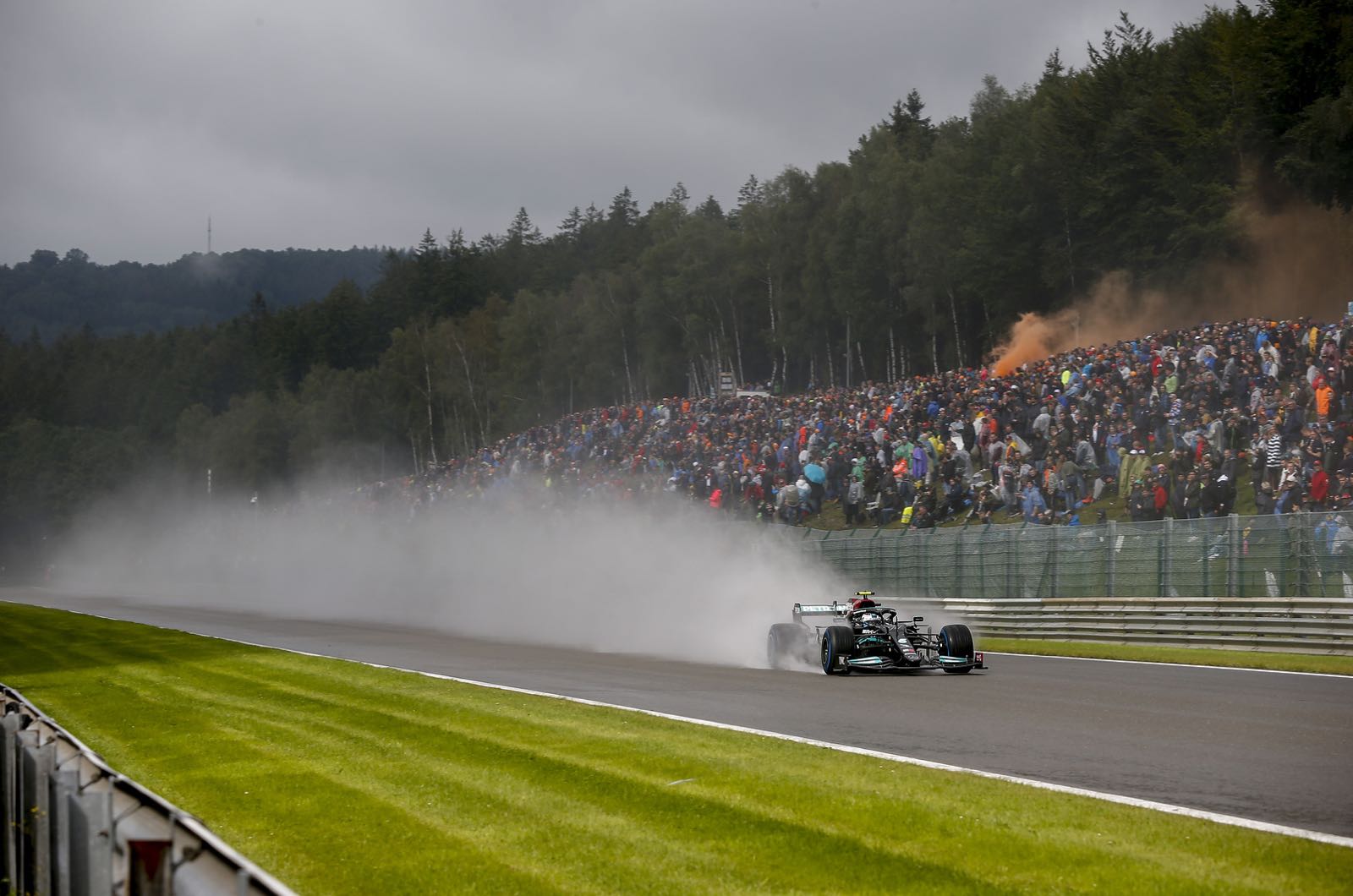 Toto Wolff says he has now made a decision about which driver will be Lewis Hamilton's teammate next year.

The Mercedes boss's admission comes as George Russell, the obvious favourite for the seat currently occupied by Valtteri Bottas, qualified a sensational second at slippery Spa-Francorchamps.

Some were calling it one of the best qualifying laps in Formula 1 history.

"I'm quite surprised to hear that, to be honest," the Williams driver beamed.

Russell's current team boss Jost Capito, however, was not surprised to hear the plaudits.

"If Toto doesn't know what to do by now..." he started. "It pushes him more towards that Mercedes seat, let's put it that way.

"He is capable of winning the world championship and we fully support him," the Williams boss added.

"I think Toto will take the decision sooner or later. I believe it will be sooner," Capito said.

Wolff, charged with making the final call about promoting Russell and helping Bottas secure another seat elsewhere, admitted he would have liked the 23-year-old to be on pole.

"We know perfectly well what George is capable of, and this result is just another confirmation of his speed," said the Mercedes boss.

When asked when an announcement will be made, Wolff answered: "Soon."

As for whether he has already made the 2022 driver decision but is keeping it to himself for now, he admitted just as simply: "Yes.

"Both of them deserve being looked after in the best possible way because both of them are part of the family and we hold them up high."

Indeed, it is believed the delayed announcement is not because Mercedes has not made its decision, but because a deal for an alternate seat is not yet sealed for Bottas.

Seven time world champion Hamilton doesn't deny that he's lukewarm at the prospect of being paired with Russell next year.

"I don't feel any different," he said when asked about Russell's Belgian GP qualifying performance on Saturday.

"This doesn't really change anything, really. I'm sure he's got pressure on him to do the job just as Valtteri does and it's great to see him delivering," Hamilton added.