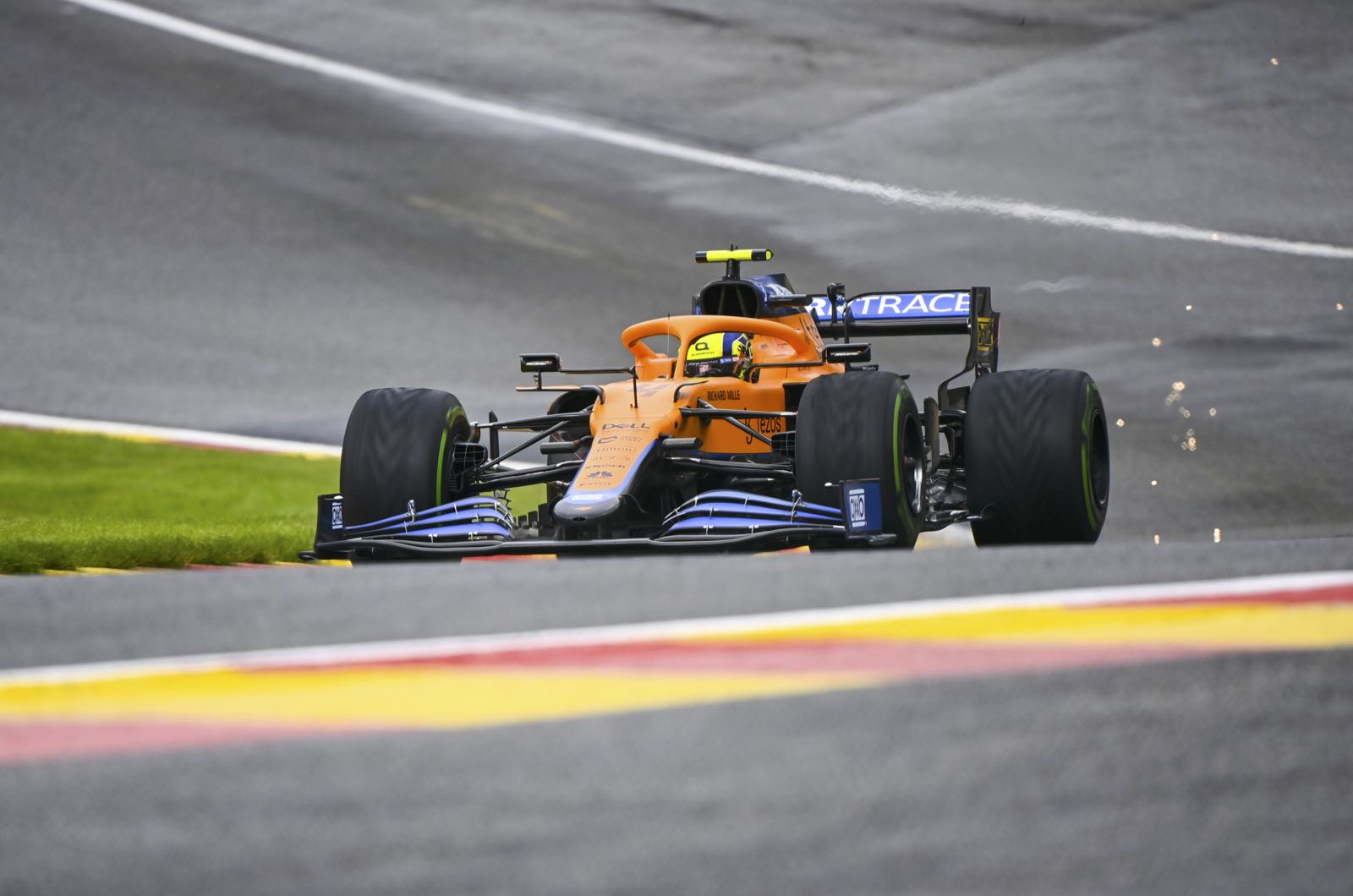 A debate is now raging about whether Spa-Francorchamps' fabled Eau Rouge corner is still safe enough for Formula 1.

The McLaren driver was hospitalised for brief checks on his sore elbow, but Norris will race on Sunday.

Following his furious subsequent radio rant, Vettel lashed out at F1 race director Michael Masi for not red-flagging the session prior to the crash.

"I think Michael is not proud of what happened," said the Aston Martin driver.

"It's always easy to play Captain Hindsight. But I think we need to find a way that we listen more to the information that we have," Vettel added.

However, a debate inside the paddock was already taking place about whether the speeds of modern motorsport - especially Formula 1 - are still suitable for the famous Eau Rouge section.

Mercedes team boss Toto Wolff, however, said he had no doubt that Saturday's proceedings should have gone ahead.

"Of course. This is Formula 1," he exclaimed.

"This is motorsport, this is Spa, and it always requires a special courage to squeeze the gas pedal to the floor.

"If aquaplaning was observed throughout the track, the session should have been stopped but the situation was not like that," Wolff added.

After checking out of hospital, Norris said there had been aquaplaning but admitted the crash was basically a driver error.

"It's wrong to point your finger at someone," he said, when asked about Vettel's outburst aimed at Masi.

"The conditions were difficult but we caused the accident," Seidl admitted.

Nonetheless, others continue to wonder about the safety of Eau Rouge going forwards.

"It's still the same cool corner as before," said Norris' teammate Daniel Ricciardo, "and it would be a real shame if we lost it.

"But with the amount of accidents we've had there lately, we have to do something."

'Something', however, is already being done. The day before the Norris incident, F1 drivers including Carlos Sainz were shown plans of EUR 80 million upgrade works for the circuit that include Eau Rouge.

"It's very obvious that this corner has a fundamental problem," said Ferrari's Sainz.

"When you're at the front and you hit the barrier hard, you bounce back onto the track and someone who is in 17th place doesn't know about it.

"It's an extremely dangerous situation for which we, as drivers, asked for changes," added Sainz.

Max Verstappen also backs the Eau Rouge tweaks which are designed to maintain the basic profile and character of the original stretch but improve safety.

"I think the changes I saw which are going to happen at the end of the year look very good," said the Dutchman.

"When you go through the corner, everything is fine. The problem is when the barrier is so close, it's very easy that when someone hits it you bounce back onto the track and onto the racing line," Verstappen added.

"Even if it happens a little bit later, you go over the crest which is blind as well which I think is what happened with the massive GT3 crash.

"I do think with the changes that are being made it will be a lot better, but I mean racing is never going to be fully safe. I think everyone knows that," he said.