Wolff curious to see Ocon's next steps in F1

Wolff curious to see Ocon's next steps in F1 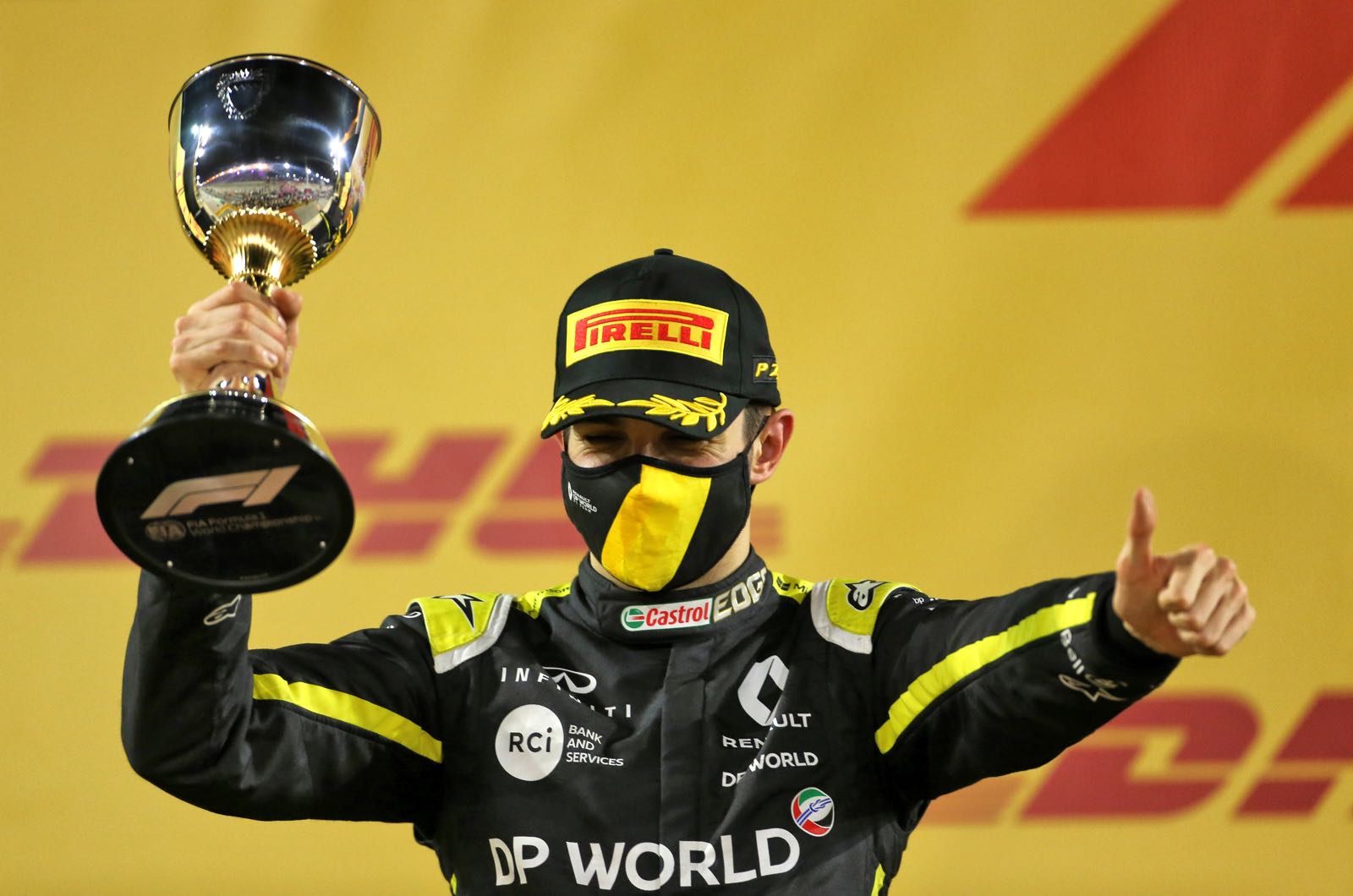 Toto Wolff says he is "curious" to observe the next developments in Esteban Ocon's Formula 1 career.

After the Mercedes junior driver lost his Force India seat at the end of 2018, Wolff made him reserve driver for the works team and for this year helped broker his return to the grid with Renault.

Ocon, 24, continues to be managed by both Mercedes and Wolff.

So Wolff, the Mercedes team boss, was asked after Sunday's Sakhir GP to comment on Ocon's first-ever podium finish.

"I'm really happy to see Esteban up there because he has had a difficult season," said the Austrian.

"In probably half of the qualifying sessions there was the smallest gap between him and Daniel Ricciardo. And many of the races could have turned out differently."

Wolff was speaking amid the hype of another Mercedes junior's performance in Bahrain - George Russell, the Williams driver who almost won at the wheel of the ill Lewis Hamilton's car last Sunday.

When asked about Ocon, Wolff said: "We know about Esteban's talent. Sometimes you just have to give them time to untie the knot and they start to perform well.

"I'm curious now to see how things will continue from here, but I think he deserves the podium and Renault deserves to be up there as well," he added.

Wolff also called the Sakhir GP podium "refreshing", as it was occupied not only by Frenchman Ocon but also first-time winner Sergio Perez and his Racing Point teammate Lance Stroll.

Wolff is a minor shareholder of Aston Martin, the British carmaker bought by Stroll's father Lawrence Stroll, who will rebrand Racing Point as Aston Martin for 2021.

He explained that billionaire Stroll has proved that "intelligent decisions and intelligent strategies can lead to success".

"Who would have thought a year ago that Racing Point would finish first and third with all the pessimists out there? At the end of the day, he put his words into action," said Wolff.

WOLFF CURIOUS TO SEE OCON'S NEXT STEPS IN F1

NO YOUNG DRIVER TEST FOR SAINZ OR VETTEL