We couldn't have done more according to Russell

We couldn't have done more according to Russell 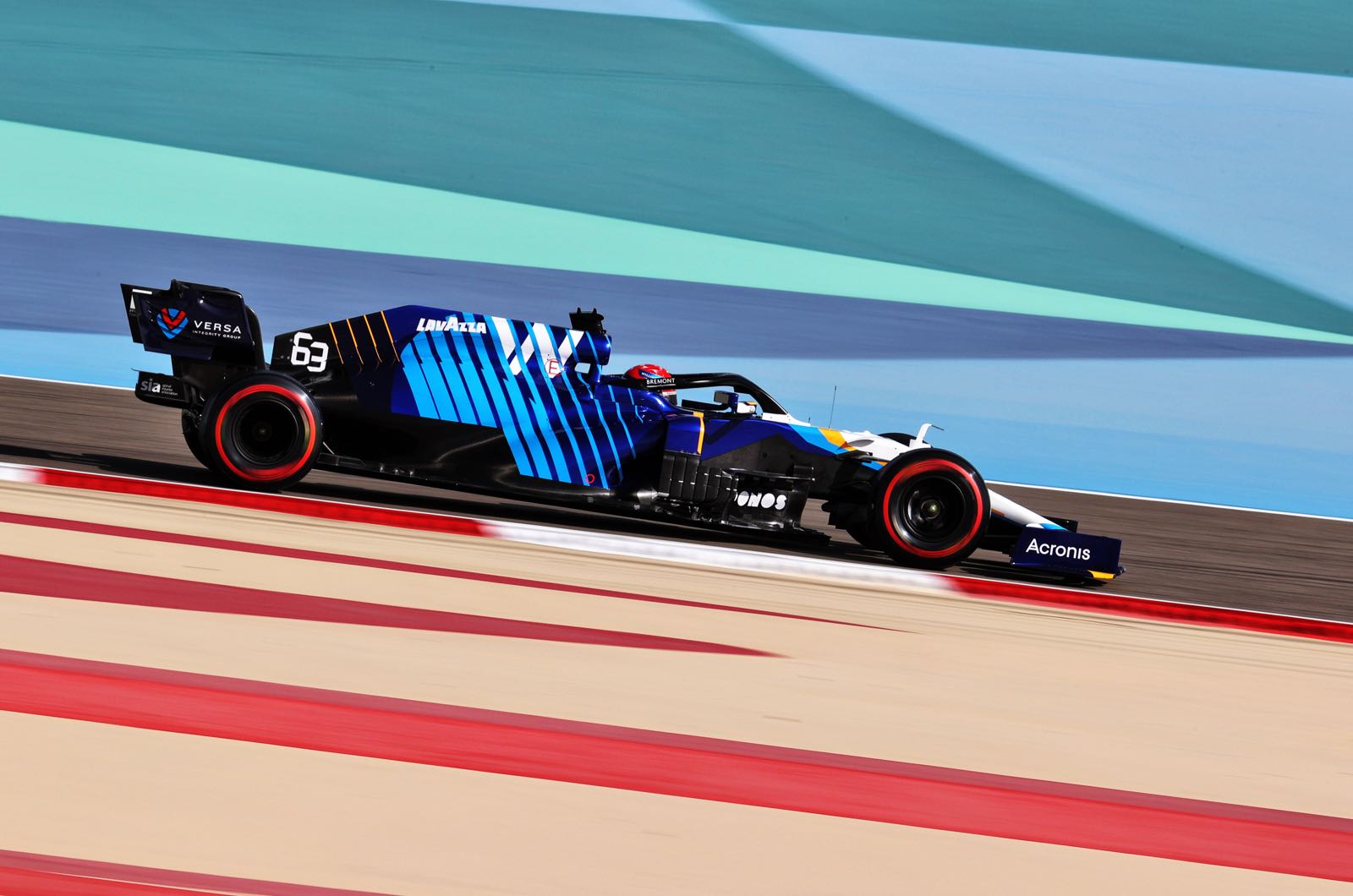 Dubbed Mr. Saturday by the British press, thanks to his qualifying exploits in the last two years, George Russell proved yet again he Bahrain his speed over one lap when he managed to get into Q2 with his uncompetitive Williams FW43B, but in the race he was unable to keep up with those directly in front of him and completed the inaugural Grand Prix of the season in 14th place, only ahead of the very disappointing Sebastian Vettel and rookie Mick Schumacher.

In a track and in conditions he admitted were far from ideal for his car, the Williams driver was happy with the work the team and himself had done on Sunday, with just one little exception: “I think it was a pretty well executed race, to be honest. I think we toughed it out one lap too many in the middle stint - that’s when I had that little battle with Kimi, you know what it’s like when he’s on fresher tyres and we lost three or four seconds or so due to that, which was a bit unfortunate - but it wouldn’t have changed our outcome. And I think, given the pace of the car, given the conditions, I think it was a very well executed weekend and that was probably the maximum we could have expected. As I said after testing, it’s going to be a bit of a yo-yo season for us, and I do think this weekend was probably the worst-case scenario, so fingers cross it gets better from here.”

Even with the wind speed being far less extreme than in testing, Russell admitted the FW43B was still suffering a lot from its sensitivity to strong winds: “There’s only been ten days or so since testing until this race and something as substantial as that will require a complete redesign and we’ve not done it. It’s what we’ve got, it’s what a lot of teams have got. Time will tell, but I believe that potentially Mercedes are in the same boat. They probably struggled more this weekend than you’ll see them struggle at races in the near future. And perhaps Red Bull and the likes of Alfa Romeo were more competitive compared to the rest of the field than we will see in races to come. So, they were very windy conditions, 50 km/h winds, it’s very open, very exposed, and when you’re driving around at 300 km/h even a five km/h wind makes a difference, so you can imagine what 50 km/h is like, with gusts of 60/70/80km/h. As I said, these were the worst possible conditions for us because we know our car to be extremely wind sensitive.”

Already looking ahead, Russell expressed his hopes for a much better overall performance from his FW43B in Imola, in two weeks’ time: “I think firstly because Imola’s is very different to Bahrain so you’re going from one end of the spectrum to the other. Bahrain’s got a lot of slow speed corners, very exposed, generally very windy. Imola has a lot of high-speed corners, the angle of those corners are less - more 90-degree corners as opposed to 180-degree corners as we see here - and it’s very enclosed with all the trees and the buildings around, not much wind getting through to the car. So, we’re going between two extremes really. I’m not necessarily saying in Imola we’ll be in the top ten, but the target is to definitively be at the front of the second half of the grid!”

WE COULDN'T HAVE DONE MORE ACCORDING TO RUSSELL