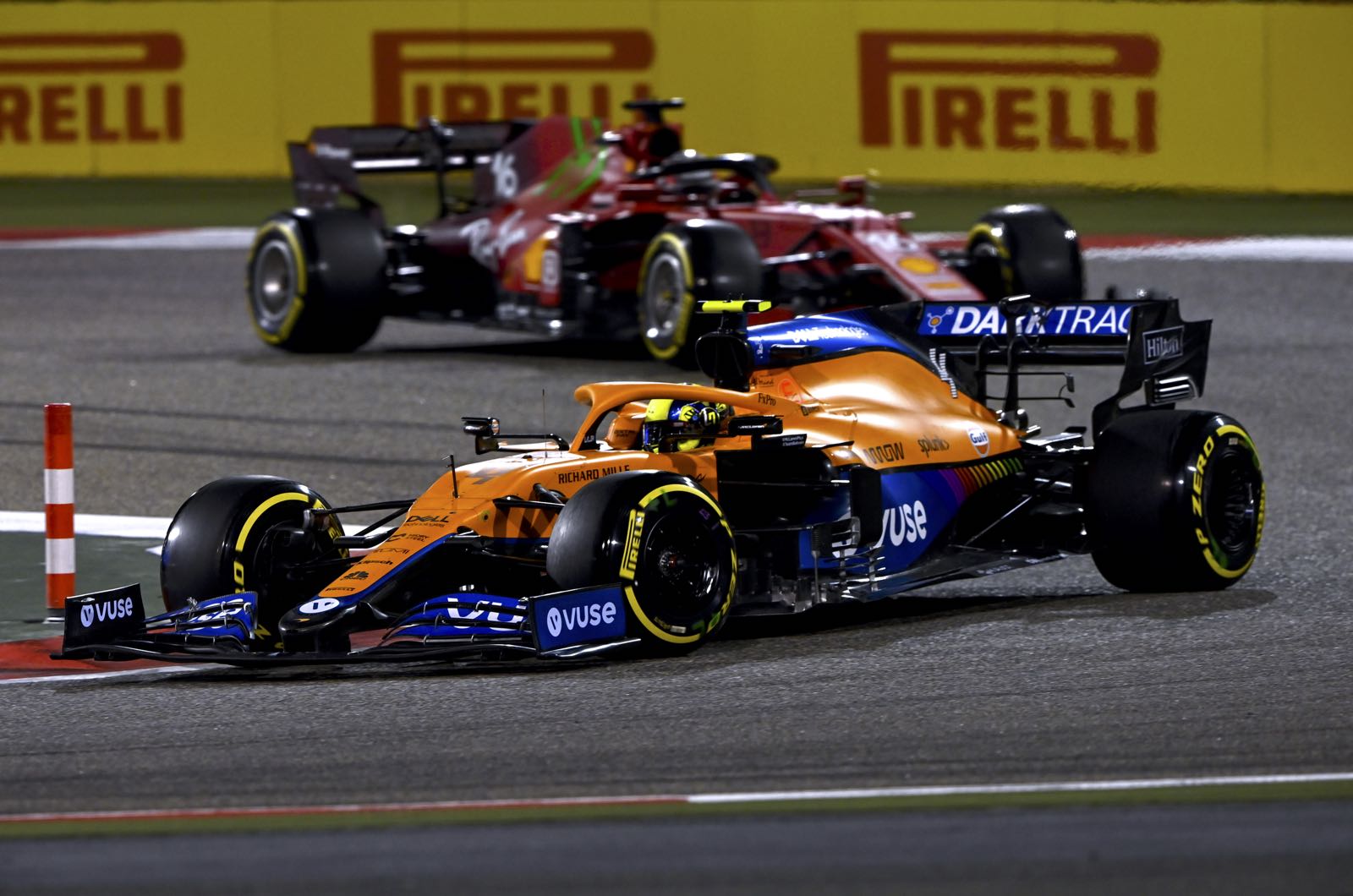 Lando Norris nearly equaled the way he started the 2020 season, when he finished 3rd in the Austrian Grand Prix, but the McLaren driver admitted fourth place in Bahrain, last Sunday, was better than he had hoped for. The young Brit had been surprisingly downcast about his chances to fight at the front the whole weekend, in spite of being 3rd fastest in FP1 and then second quickest in the second session as well. A drop to P7 in qualifying seemed to confirm Norris’ fears, but he ended up the race as “best of the rest”, ahead of the recovering Sérgio Pérez and well ahead of his main rivals, team mate Daniel Ricciardo and the Ferrari duo of Charles Leclerc and Carlos Sainz.

Happy with the 12 points he collected in Bahrain, Norris pointed to his great first lap as the main reason for his final result in the opening round of the championship: “For sure we have work to do, but the boys did a good job, the stops were very good and didn’t cost us positions. A little bit of time maybe, but on the whole, we had a good car today, which is a big thanks to the team. We collected a good amount of points for us in the first weekend, so a better race than I was anticipating today. I was not expecting a P4, but it was more because of a good start, some good overtakes on Danny and Pierre. Then I just had a very good pace, maintaining the gap that I had to Charles, keeping him behind. And overtaking him earlier in the race too. Daniel came seventh, so good for us as a team. Probably one of the best starts we’ve had for a season. Maybe last year was better, I don’t know. But, on the whole, a big thanks to the team, they did a good job, sixth and seventh in qualifying, we were happy with that, so to come home fourth and seventh in the race, is even better. We just need to make sure we keep it up in Imola.”

The McLaren driver only briefly hoped for more when he caught a glimpse of Bottas’ stationary for quite a while in the pits, during his botched second pit stop: “There was one moment when Bottas had the problem in the pitstop, and I looked up at the big screen TV’s when I was drivin, and it must’ve been a replay of him in the pit lane, when I was halfway around the lap, and I was like “maybe he is still in the pit lane and almost out of the race”. But he wasn’t. Sadly. No, I am happy, I got a good amount of points for us as a team, better than we expected. So, a good job today. The Mercedes and Red bulls were a little bit ahead, they pulled away a lot. I had to pass the Ferraris cleanly on track, on pure pace. We have got work to do, obviously, to keep pushing forward.”

WE COULDN'T HAVE DONE MORE ACCORDING TO RUSSELL