Vettel and Leclerc get on well

Vettel and Leclerc get on well 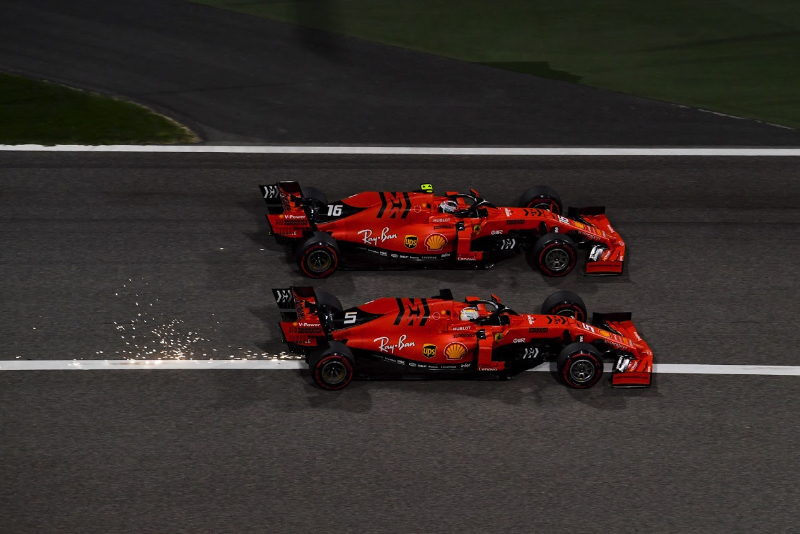 Binotto, as well as Ferrari's chairman John Elkann, was openly furious after Sebastian Vettel and Charles Leclerc collided in Brazil.

It was just the culmination of a full season that was characterised by the media as a battle for 'number 1' billing at the fabled Italian team.

But Binotto says that behind closed doors, the pair actually "get on well".

"The truth is that the two of them get on well together," he is quoted as saying by Speed Week.

"It's not like you read or you hear. People might think they are in constant conflict, but it's not true.

"I remember after the controversy in Russia, we were all together in a restaurant in Japan and we had a great time," said Binotto.

"They were in a good mood, picking up each other's phones to see what the other had in their photos. They like to be together."

In Russia, Leclerc accused Vettel of reneging on a pre-race agreement to let the Monaco-born driver past.

But Binotto says they are in fact "two good team players".

"Team spirit is very important in order to get the best out of everyone," he continued.

"If anything, Ferrari's feeling of solidarity has become even more pronounced this year, and that will pay off in 2020."

A Ferrari spokesperson said this week that the "air is fully cleared" between the drivers after the Brazil crash.

Binotto confirms: "We got together after Brazil and talked, first right after the race and then again in Maranello.

"I think they understood that what happened in Interlagos is unacceptable. But we also have to look ahead."