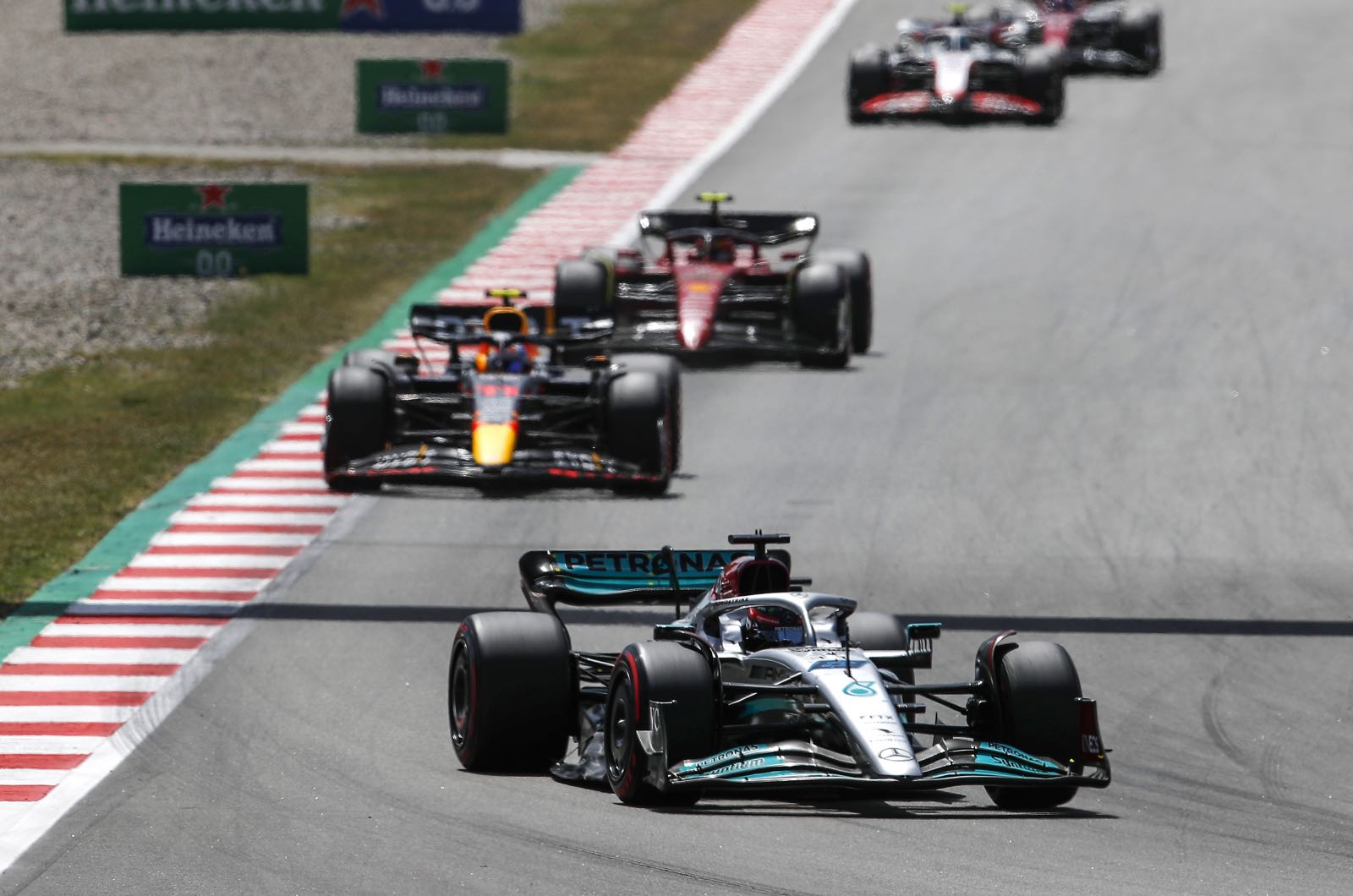 Red Bull and Ferrari have denied that Mercedes is now nipping at their heels in 2022.

After struggling badly at the start of the all-new 'ground effect' era, George Russell was on the podium in Barcelona and Toto Wolff thinks Lewis Hamilton was the fastest driver on track.

"We've freed ourselves from the midfield, and Lewis' pace was so strong that he would have been in contention for the win."

The big breakthrough, Wolff said, was with Mercedes' "understanding" of the porpoising phenomenon - but some are warning that the step made in Spain wasn't giant.

"At least they've come a little closer, but Mercedes now has to add another (upgrade) package."

Team boss Mattia Binotto agrees that Mercedes has not yet caught up.

"They've improved, and congratulations to the team for developing the car well," said the Italian.

"But if you look at Russell's gap at the finish, it was 30 seconds. And 7 tenths in qualifying, that's also significant.

"But I don't think we have to worry yet," Binotto added.

Red Bull's Dr Helmut Marko, meanwhile, declared: "Mercedes is not yet a serious opponent - you could see that when Sergio Perez easily passed Russell.

"But they are getting closer," the Austrian admitted. "And maybe it happens even faster than we would like."