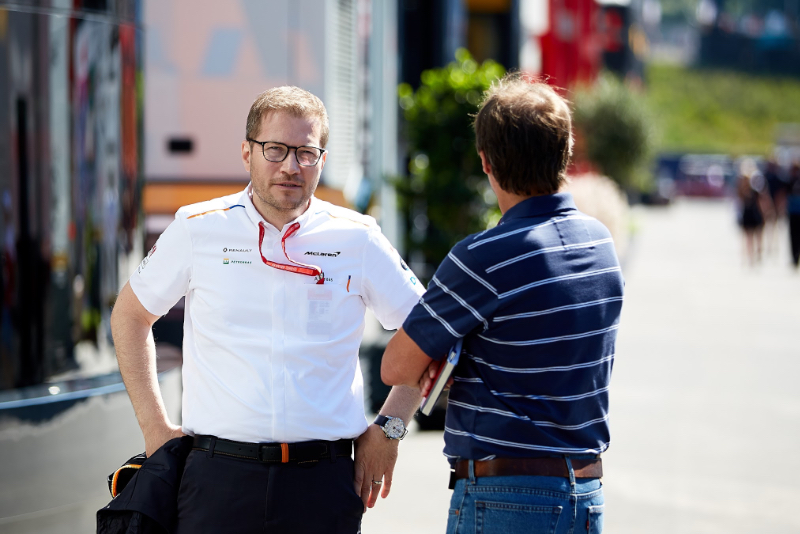 Andreas Seidl is not expecting another car manufacturer to enter Formula 1 any time soon.

In Austria recently, Bernie Ecclestone revealed that some years ago he negotiated unsuccessfully to bring a Volkswagen brand like Audi or Porsche to the grid.

Seidl, the former Porsche motor racing boss, has just entered F1, but only after joining McLaren as the British team's new team principal.

"I think it's very difficult for a manufacturer to come in now," he is quoted by Speed Week.

"So I think it makes sense to have stable regulations from 2021, because we can already see that it leads to parity among the power units."

Seidl thinks another way for F1 to attract more manufacturers is to stay the course with the 'hybrid' engine rules, in an auto industry that is increasingly looking to the future.

"Then we can see if there is a chance to attract a new manufacturer to Formula 1," he said.

"The automotive industry is currently undergoing a change with electrification. That's why I think we need to push the hybridisation with the next rule change.

"And in order for F1 to be attractive as a sport, we have to make sure that the entry costs are much lower than they are today.

"At the moment we have to be realistic. It is difficult to imagine that a new manufacturer will invest as much money as is currently needed to compete with the current participants.

"The investment you would have to make with the infrastructure and the budget is enormous," Seidl added.