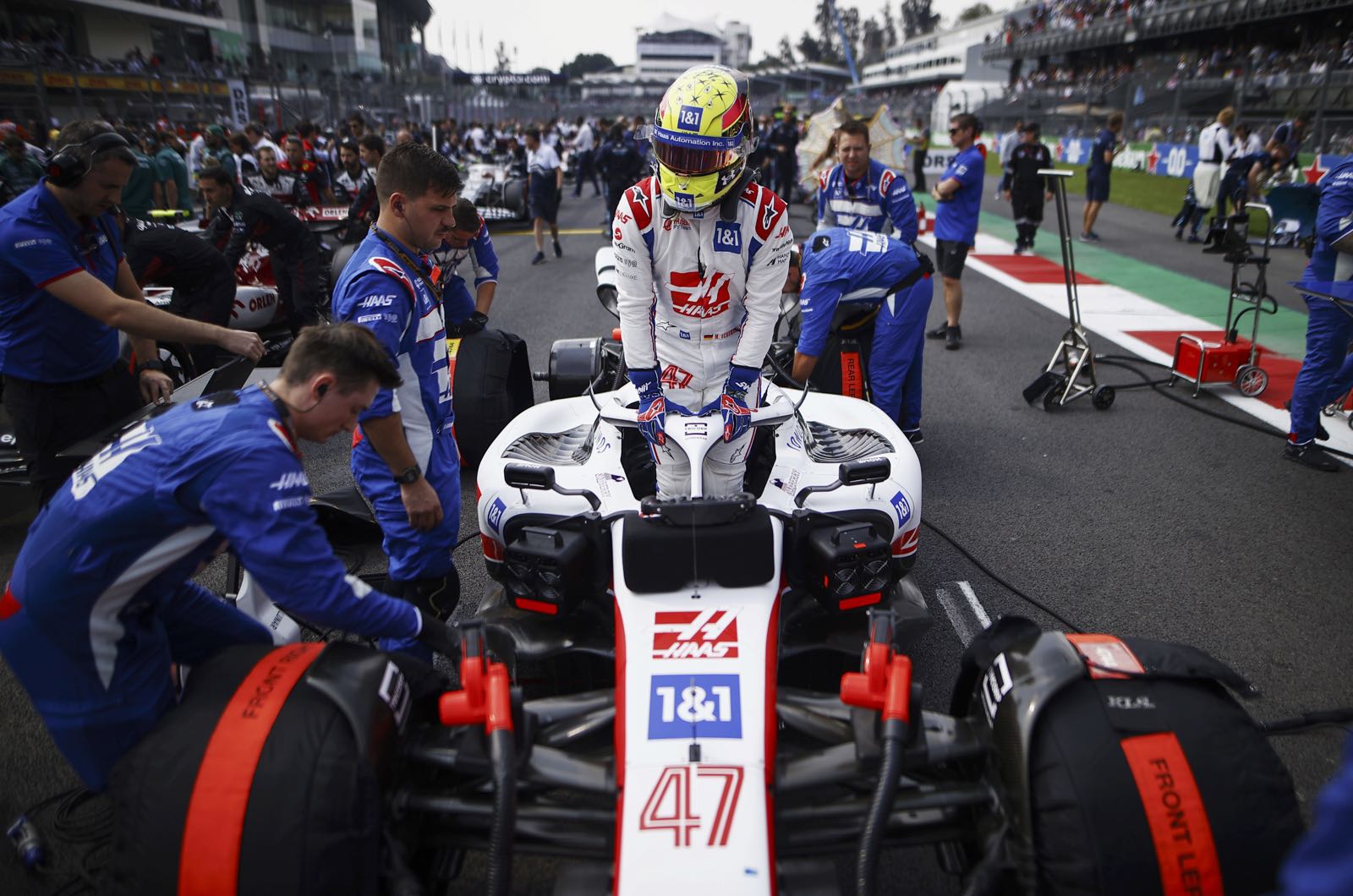 The man who axed Mick Schumacher thinks the German driver could eventually return to Formula 1.

After two seasons together, Haas boss Gunther Steiner decided against renewing the deal with 23-year-old Schumacher into 2023 - citing the need for a more experienced driver.

Schumacher, meanwhile, has been snapped up by Toto Wolff to serve as Mercedes' official reserve driver - replacing Nyck de Vries, who is making his full race seat debut with Alpha Tauri this year.

When asked about Mick's fate, Steiner told the German broadcaster ntv: "I think he's in a good position at Mercedes. They have many sibling teams."

According to the Haas boss, Schumacher can also take heart in de Vries' story, with the Dutchman only managing to secure a full Formula 1 seat at the age of 27.

"He stepped in at Williams and got a regular cockpit at Alpha Tauri," said Steiner. "Of course I hope that no driver is unable to drive. But if there's a chance, Mick can get in there and drive.

"Sometimes, one step back is two forwards. So he has put himself in a good position with a team where he has the best chance of a regular cockpit in the future."

Steiner has received plenty of criticism for ousting Schumacher, but the 57-year-old insists that professional splits "just happen in life".

"You break up quite often, so it doesn't mean that you break up in an argument," he said. "In the end we both played with open cards and that's why I think we'll still talk to each other and say hello."

And in the meantime, Steiner expects Hulkenberg to quickly re-acquaint with Formula 1 after a three-year gap as a full-time race driver.

"I'm not too worried about Nico," he said. "Logically, with someone who hasn't raced full-time for three years, we thought 'what if'. But he tested a couple of times.

"When he had to step in for Sebastian Vettel at the beginning of last year, he did a great job," Steiner added.

"He will need a bit of time to fully adapt and get physically fit, so we have to give him a few races to get the maximum out of it. But he's one of those guys who's pretty good at adapting to new things, and not only Formula 1."

FORMER BACKER SAYS NO ONE WANTED TO FUND DE VRIES

ABITEBOUL NOT RULING OUT F1 FOR HYUNDAI