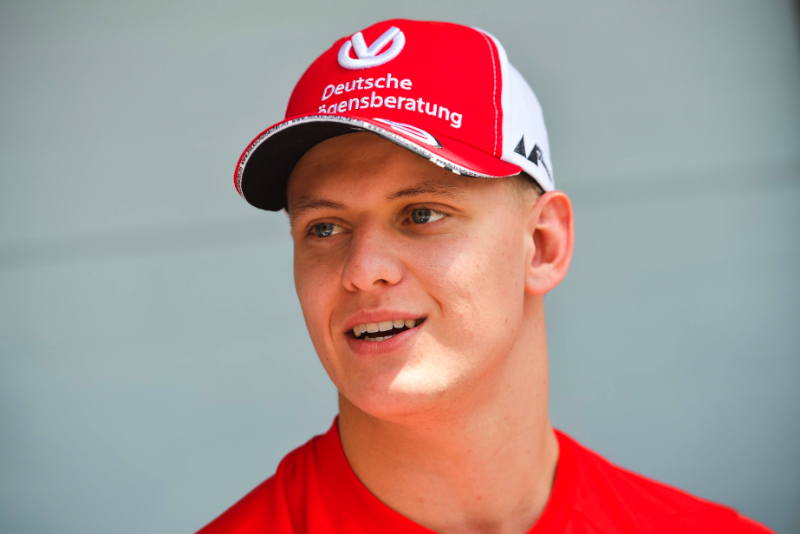 Mick Schumacher is flirting with controversy by refusing to comment on Lewis Hamilton and Formula 1's anti-racism messaging.

"In the end, we won't remember the words of our enemies, we will remember the silence of our friends," one said.

Another added: "If you are neutral on these matters, you have chosen the side of the oppressor."

However, the 21-year-old also refused to answer a question about whether he has been able to speak with his famous father Michael about his forthcoming F1 debut.

"This is a private matter," the young German answered. "We should return to motorsport topics."

Schumacher does admit to talking with another German, his mentor Sebastian Vettel.

"Seb and I talk to each other regularly," Mick admitted. "He has a lot of experience and gives me advice. He's keeping an eye on me."

Finally, Schumacher admitted that his ultimate goal is to follow in the wheel-tracks of his father and Vettel by wearing red in Formula 1.

"I am very happy to be at Haas," Mick, who is currently in quarantine in Britain ahead of a visit to Haas, insisted. "I'm on my debut and I'd like to make the very best of it, then we'll see what the future has in store for me.

"Everything is unpredictable now, but I don't deny it - it would be a dream to drive a Ferrari like my father did."