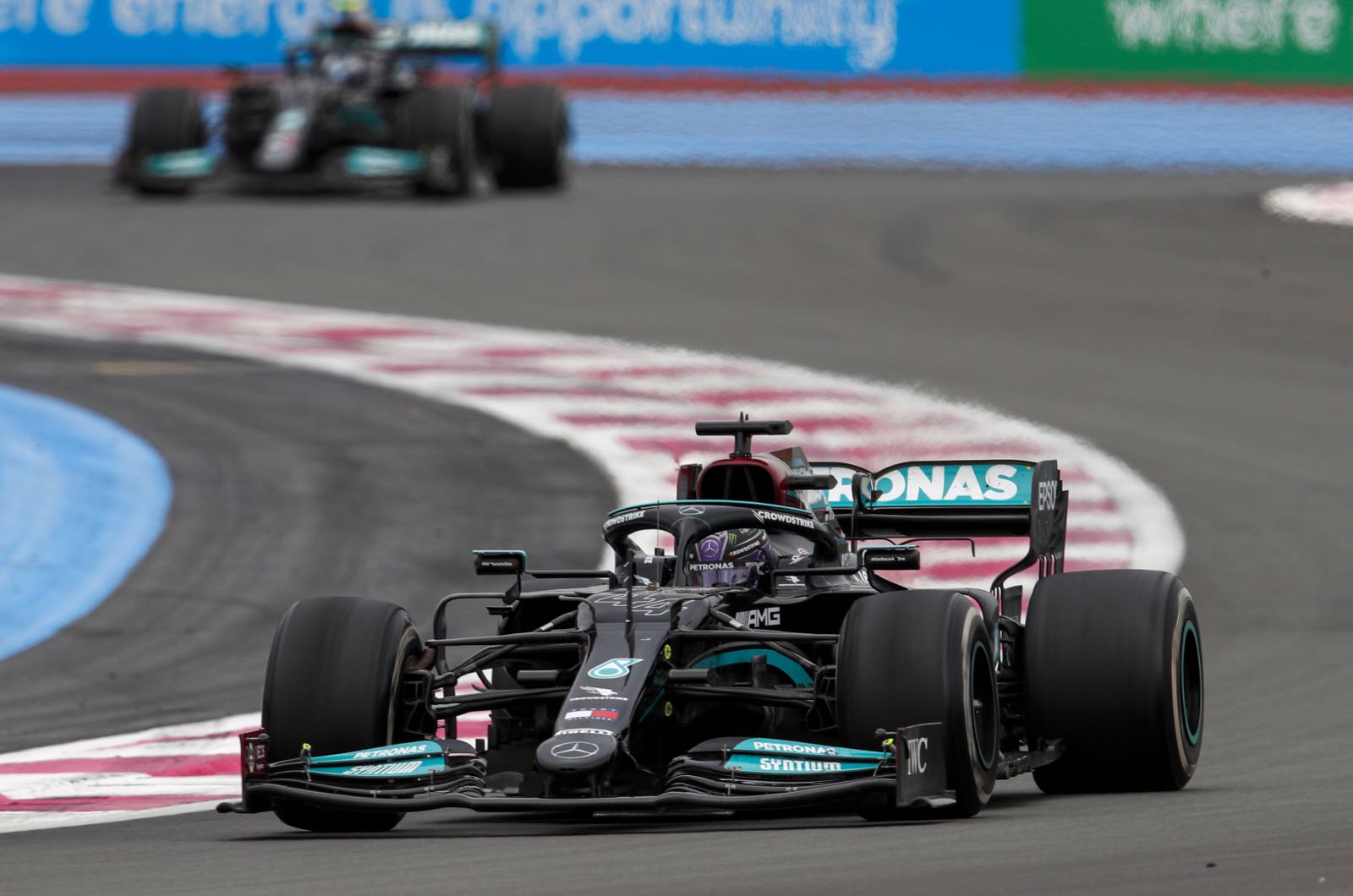 Red Bull has warned that it is serious about issuing a protest against the allegedly excessive flexibility of title rival Mercedes' front wing.

At Paul Ricard, powered by Mercedes' complaint and amid stricter tyre pressure guidelines, new flexibility tests for the rear wing came into effect that reportedly aim primarily at Red Bull.

"We have shown that our performance is not dependent on a flexible wing or tyre pressures," said Red Bull boss Christian Horner on Sunday.

But amid the celebrations, Dr Helmut Marko warned that Red Bull is not prepared to simply let the flexibility saga stop here.

"Protest? Perhaps we will," he said, having alerted the world to the excessive flexibility of Mercedes' front wing.

"We certainly wouldn't mind if their front wing flexed less. The FIA is working on it," Marko added.

"There are already enough videos. We expect everything to be done in much the same way as in the case of the rear wing. We are waiting to see what the FIA has to say about it," he told Sky Deutschland.

Marko is revelling in Red Bull and Verstappen's acceleration into an arguably new dominant position in Formula 1, with the Austrian observing: "When we put Mercedes under pressure, they mistake mistakes.

"And we will only increase the pressure in the future," he is quoted by f1-insider.com.

Mercedes boss Toto Wolff admits the German team made strategy errors on Sunday, but he also pointed out that "Our engine advantage is gone now".

However, observers were also critical of Mercedes' drivers on Sunday, with Lewis Hamilton's former teammate Nico Rosberg even calling the Briton's racing with Verstappen in the closing laps "soft".

"Before we came here, I had a hard time believing that we could win. This has traditionally been more of a Mercedes track," he is quoted by the Dutch publication Formule 1.

"This gives us confidence that we can win on any track."

RACE ANALYSIS - MAX IS BACK

SCHUMACHER TO USE ELBOWS IN MAZEPIN FIGHTS