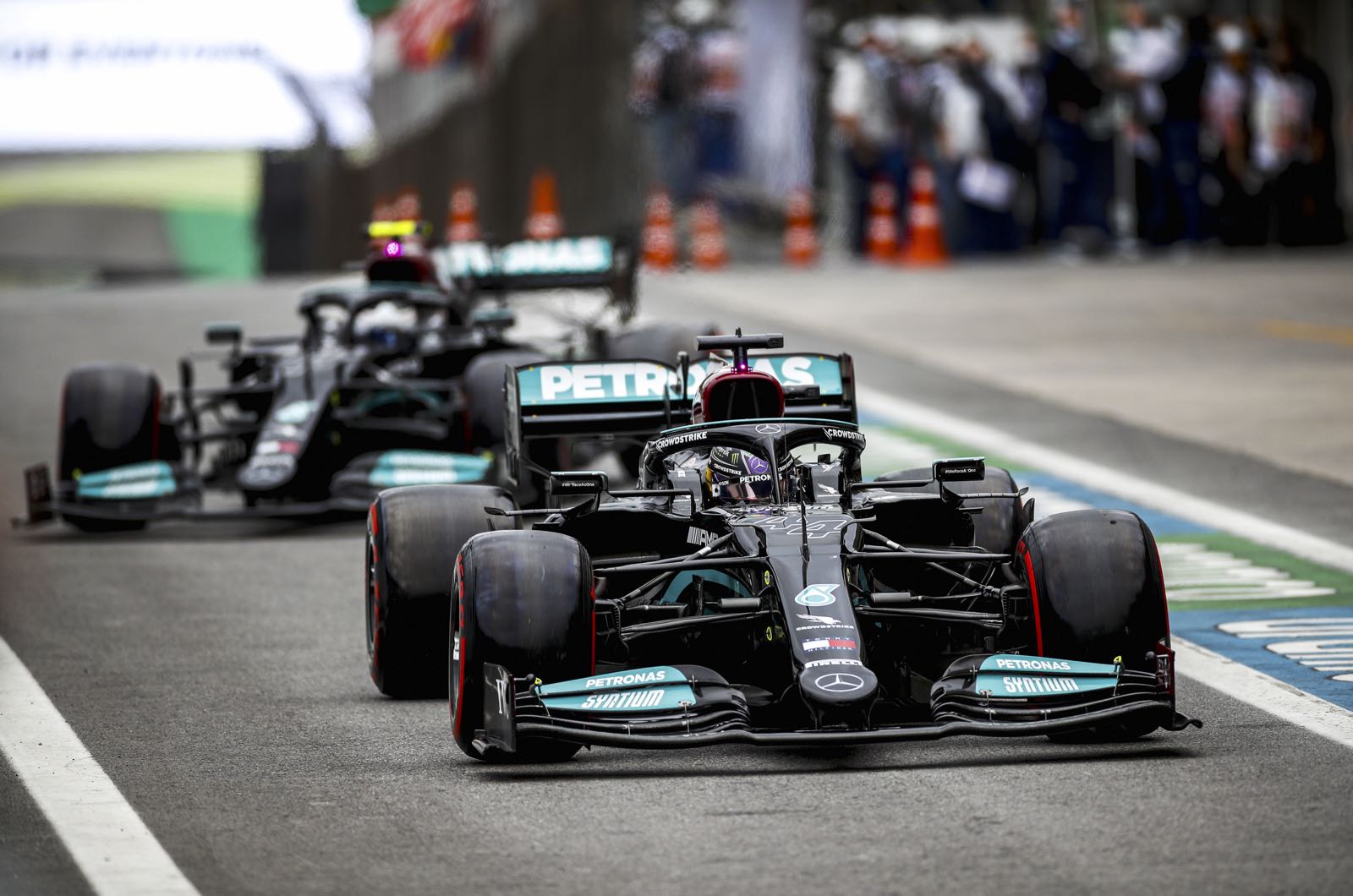 The Dutchman said he wasn't checking the overly wide DRS opening in parc ferme, but testing the wing for excessive flexibility.

"I was just looking at how much their rear wing was flexing," the Red Bull driver confirmed.

"At a certain speed, it seems like the wing is flexing and of course we all had to change the wings at the beginning of the season but it seems like something is still backing off on theirs."

Verstappen's actions were a breach of the rules, but Mercedes boss Toto Wolff thinks a financial penalty for the Dutchman was sufficient.

Even Red Bull's Dr Helmut Marko had to agree: "It's tough, but it won't make him poor."

Wolff continued: "Look, in the end he probably didn't do anything to it (the wing) or have more than a little feel, so that's ok.

"But it's a parc ferme violation. I wouldn't have wanted to have been in the stewards' shoes."

Verstappen shrugged off the fine by joking that he hopes the stewards can now afford some "good expensive wine" with their dinner.

"They can invite me. I'll pay for that too," he quipped.

As for Verstappen's boss Christian Horner, he played down any suggestion Mercedes had been caught red-handed with an intentionally large DRS opening.

"You don't design something to break the regulations on purpose," he admitted, "but it shows that they are on the limit. They are being pushed this year and we are enjoying it."

Wolff, though, suspects that the politics of the championship finale are now spilling out beyond just the Red Bull and Mercedes spat.

"The timing and the severity of the reaction shocked us," he said of Hamilton's disqualification. "We did not expect the world championship to be interfered with before this guillotine fell.

"In this case, the usual modus operandi was abandoned, maybe under pressure from another stakeholder. The stewards don't always have the full picture of the world championship in view."

Horner, meanwhile, rejects the notion that Red Bull should not have pushed the matter, insisting that Mercedes' top speeds at Interlagos have been "breathtaking".

"Hamilton is 22kph faster than us. He was flying past the other cars as if they were parked," he said.