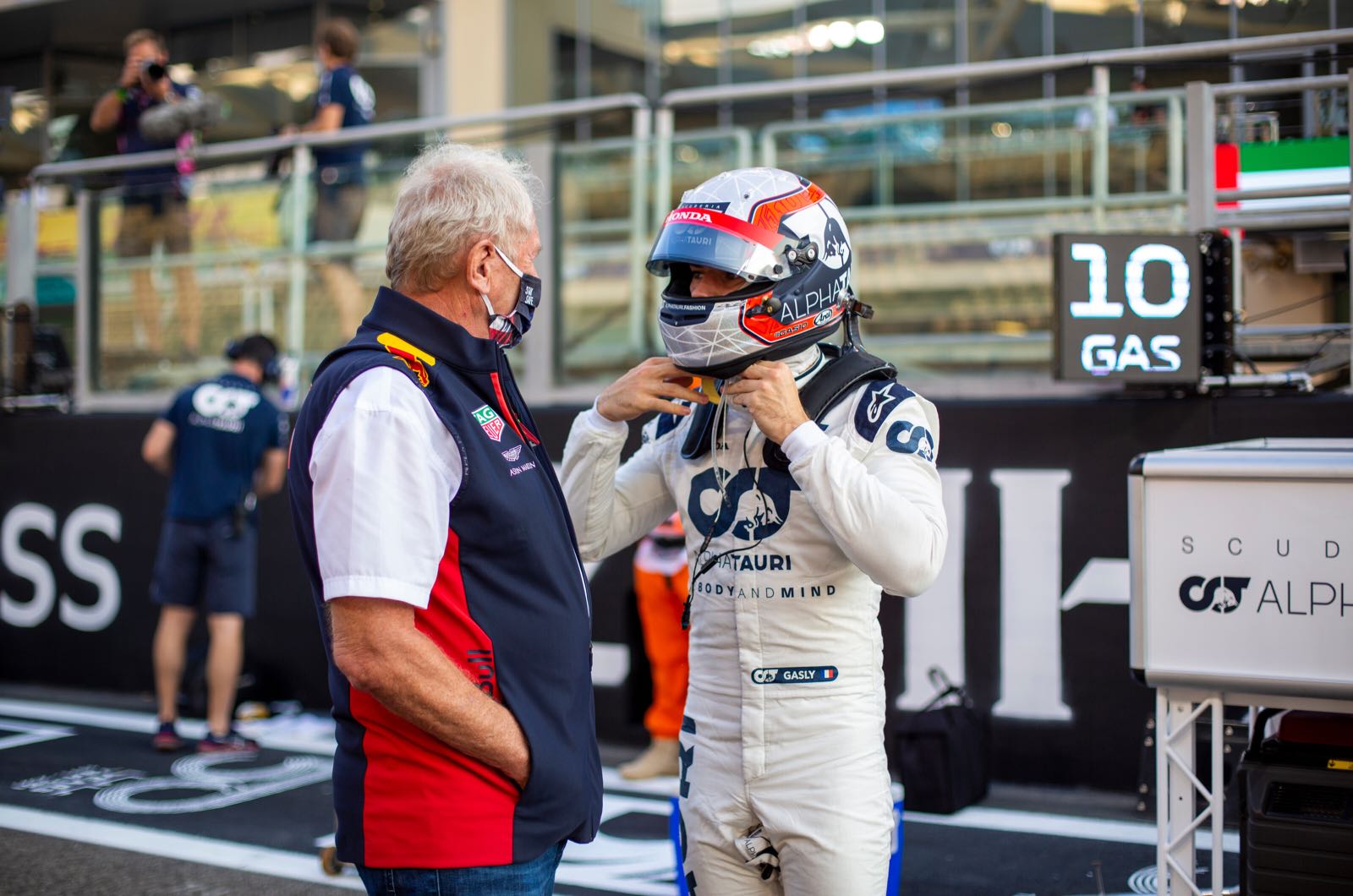 Red Bull is now poised to complete the driver lineups of its two Formula 1 teams.

Even though the news is not official, Daniil Kvyat freely admits that he is losing his Alpha Tauri seat to Honda-backed Formula 2 driver Yuki Tsunoda.

"I don't think I will be here next year," the Russian told the Spanish broadcaster Movistar.

"They told me they want a young driver - Tsunoda. So in 2021 I want to relax. There's a lot of pressure here - in Formula 1 and in Alpha Tauri.

"I want to return in 2022," Kvyat added, "but everyone needs a rest now. It was a difficult year and for me the break can be even longer than usual."

Dr Helmut Marko - Red Bull's key driver decision-maker - said at the weekend that his schedule is to fly to England on Monday.

He will then wait to receive the information about Tsunoda's Alpha Tauri test in Abu Dhabi on Tuesday before making the call about 2021 - also with regards to the senior team's lineup.

Marko said in Abu Dhabi that Nico Hulkenberg is still a "candidate" to replace Alex Albon alongside Max Verstappen - but the momentum appears to be with another candidate, Sergio Perez.

"We have all the data," Marko told Sky Deutschland.

"We will calmly analyse it all and then report on the decision before Christmas. Hulkenberg is still a candidate, but we have much less data on him compared to the others."

The final candidate to be Verstappen's teammate next year is the incumbent, British-born Thai driver Albon who finished the season strongly.

"He did a very good job today - it was probably one of his strongest race weekends this season," team boss Christian Horner said.

"He gave us good information that we will now analyse before deciding how to proceed. As soon as we have decided, we will let you know. It shouldn't take long."