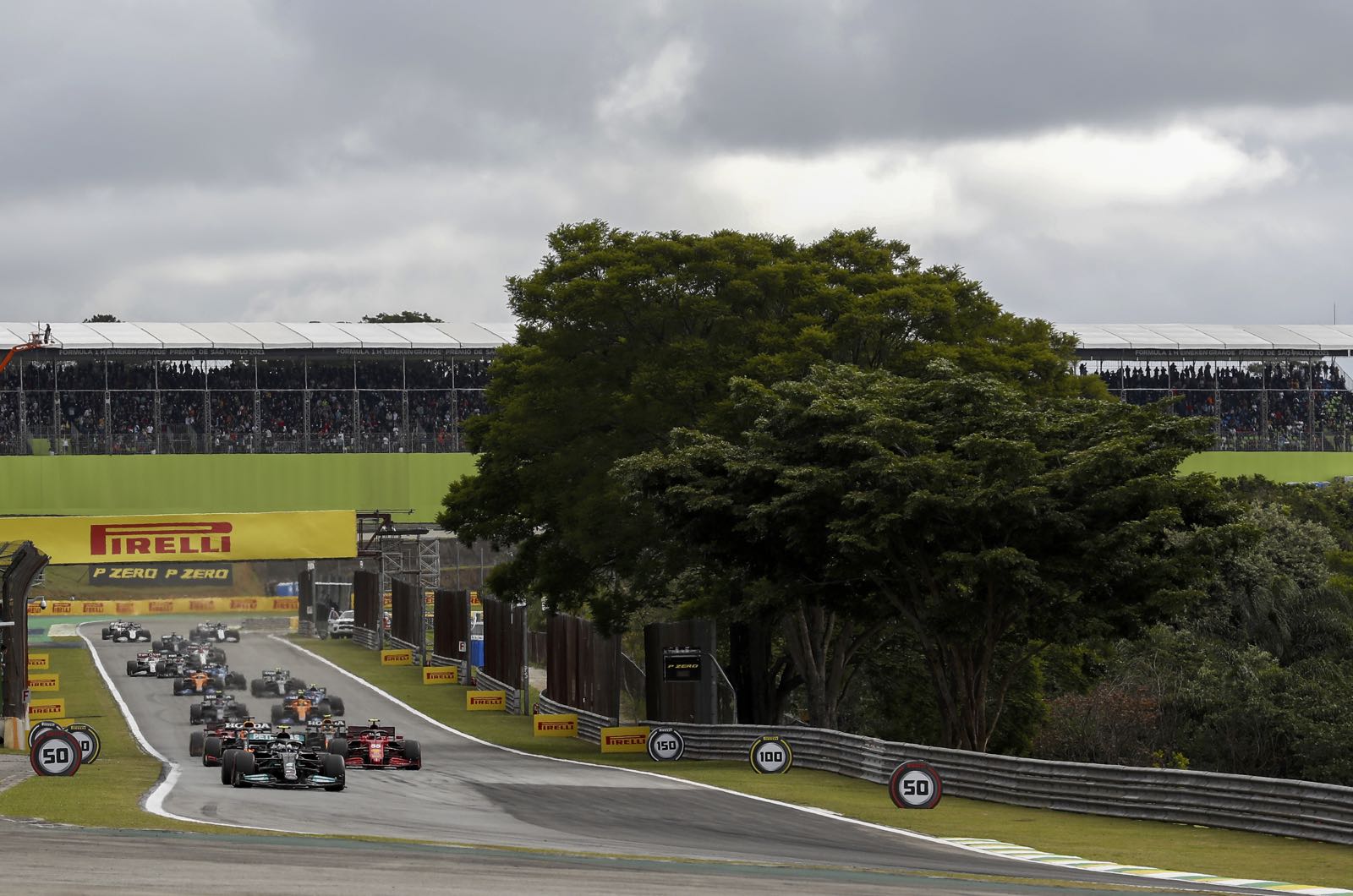 It is "too early" to consider protesting against Mercedes, despite the reigning champions emerging suddenly with "incredible" straightline speed in Brazil.

"We need to look at where that speed comes from," said Red Bull boss Christian Horner.

"It's not normal and we need to look at it, but it's too early to protest."

Lewis Hamilton, who closed his points deficit to Max Verstappen to 14 points with his win on Sunday, had his Friday pole position taken away for a breach of the DRS rules.

"That would be our very last resort," said Dr Helmut Marko when asked if a protest is now on the cards.

"First we would try to have the parts that we believe are not compliant changed. But we do not yet have enough facts to be able to proceed," he added.

Marko said Mercedes has pulled off producing a "rocket" of a new engine for Hamilton to tackle the final races - a feat has says is a "mystery to us".

"Mercedes says they have an insane amount of engine wear, but that won't help us because then the championship will be over.

"Now we are trying to understand how everything works."

Marko said his preference would be a new technical directive relating to rear wing flexibility, while Mercedes team boss Toto Wolff said the FIA could disassemble the wing into "a hundred parts" and still find nothing illegal.

"One directive appeared after Mercedes' request at the start of the season," Marko said, "so we can influence the emergence of a new one."

For his part, Mercedes' Hamilton was also slapped with a fine for undoing his seatbelts on the post-chequer lap at Interlagos - but insisted he remains steadfast for the final trio of races.

"I wouldn't say it's revenge - that's not my style," the seven time world champion said after winning on Sunday.

"But there did seem to be many forces that were against us this weekend and we just fought on as a team," he told the Spanish broadcaster DAZN.

"This is what a world championship battle should look like."