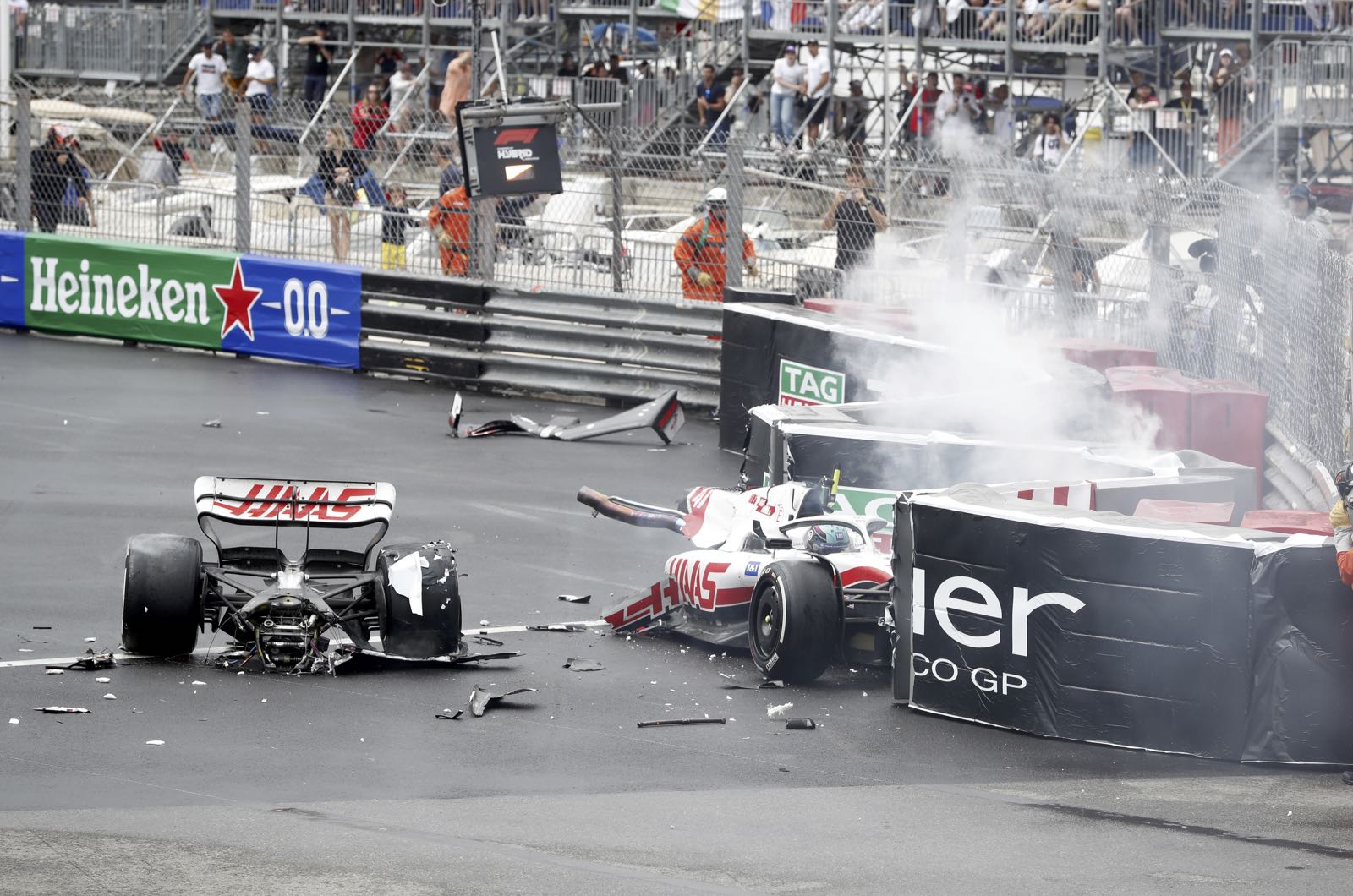 Mick Schumacher "can't afford" any more major mistakes like the huge crash that split has Haas in two during the Monaco GP, his uncle Ralf has warned.

Team boss Gunther Steiner was clearly furious with yet another mistake for the son of F1 legend Michael Schumacher - and had even issued a warning prior to Sunday's race.

"Drivers also think first about their own careers," he said, when asked about the millions in damage the 23-year-old German has caused this season so far.

"But if you keep having accidents, you don't have a career," Steiner added.

"Other drivers went past that point without any problems, but not him," he told Sky Deutschland.

"At first I think he hit the guardrail and got a slow puncture, but he just went offline and that's a mistake you can't afford to make," the former F1 race winner added.

"Not only was his whole race ruined, but a badly damaged car like that also has budgetary consequences for the team.

"Mick has to learn that such mistakes shouldn't happen - no question about it," Schumacher added.

Ralf says his nephew has recovered from other difficult phases in his career before, and Michael Schumacher's former teammate Felipe Massa agrees that Mick "is good enough for Formula 1".

"He won Formula 3 and Formula 2, and you don't do that by mistake," the Brazilian told Bild newspaper. "And with all due respect, there are drivers in Formula 1 who are definitely worse.

"It doesn't surprise me that he's had several accidents, because he has a new teammate who challenges him a lot more," said Massa. "Mick has to push himself more to the limit because Kevin Magnussen shows what's possible with the Haas.

"When you take more risks, it's easier to make mistakes."

Michael Schumacher's first team boss Eddie Jordan, meanwhile, pointed out just how difficult it is to race on the limit at Monaco, especially in the conditions.