Our drivers are free to race - with respect!

Our drivers are free to race - with respect! 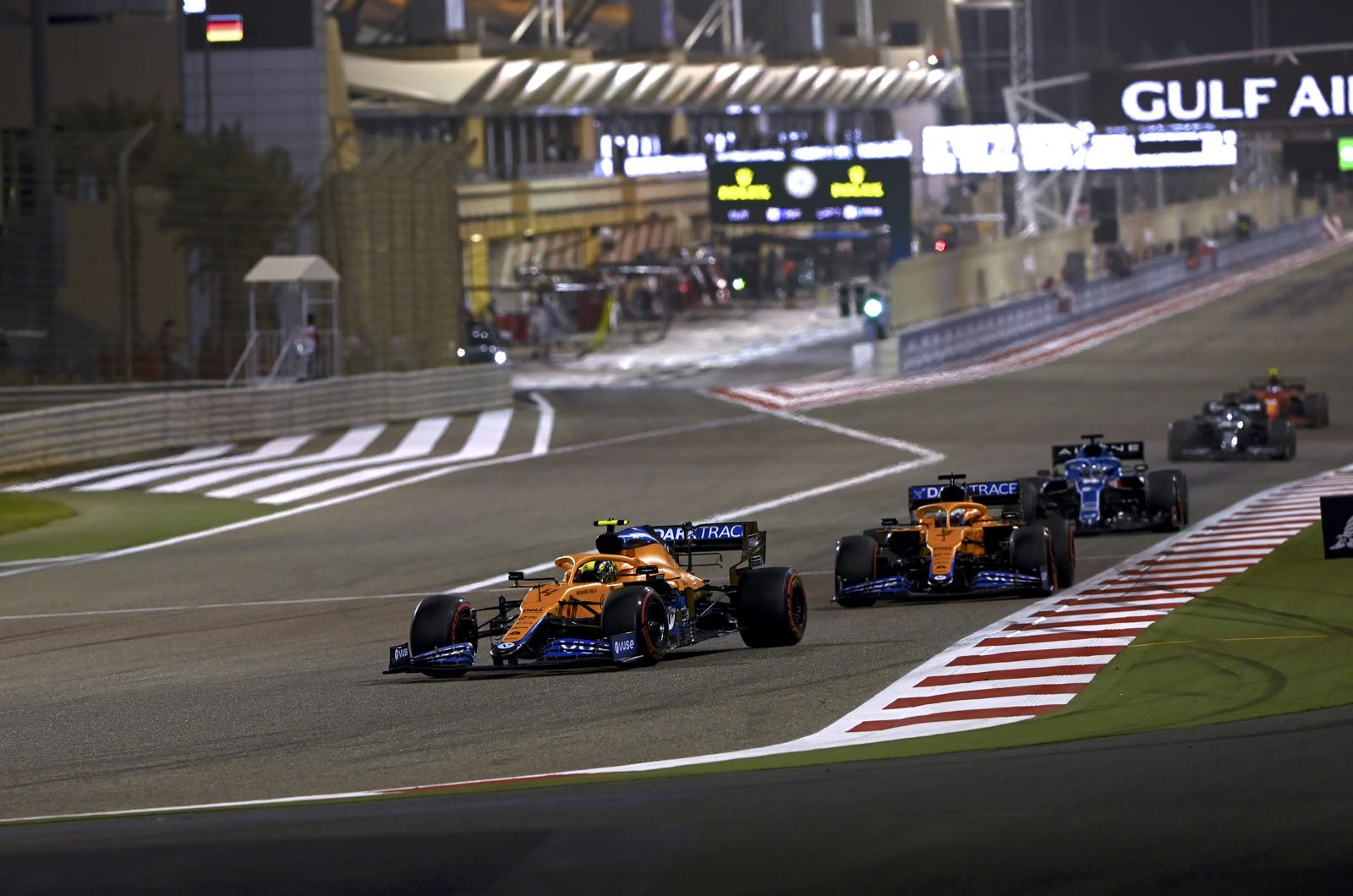 McLaren is one of seven teams that have a new driving pair this year, with Daniel Ricciardo replacing Carlos Sainz alongside Lando Norris, and when that happens, there’s potential for tensions to rise quickly, as both drivers want to show to the other one they are the fastest. Having both drivers qualifying next to each other on Saturday, McLaren lived through some nervous moments in the first minute of the Bahrain Grand Prix, with Norris and Ricciardo going side by side in the first ten corners of the race, before the young Brit finally got the upper hand.

Team Principal Andreas Seidl watched the battle from the pit wall and was quite pleased with how his charges handled the internal battle, after prepping them as well as he could in the morning briefing: “We had, as always when we start that close together on the grid, a good chat in the morning between us, where we just reconfirm that we are all here for McLaren and to score points for McLaren. It is also clear that we have a clear rule - there’s no touching between our two cars. As far as I could see, there was no touching, they left room for each other, which means it’s all fine, we encourage our drivers to race clean and race each other, because I am convinced that’s the right thing to do to get the maximum out of the two guys, as, in the end it’s the team who benefits the most.”

With no pace to battle with Mercedes and Red Bull, McLaren ended up as best of the rest, beating Ferrari in a straight fight and with the bonus of gaining one position with Norris, thanks to Pérez’ misfortune on the formation lap. Therefore, the German manager was a happy man at the end of the Bahrain Grand Prix: “I am very happy with the outcome of the race. Finishing the first race of the season in P4 and P7vwas exactly what we were looking for and also what we wanted to have leaving the first race, good points for the constructors’ championship. It was encouraging to see that, if you looked at Lando’s race, we had the third best car. It was also encouraging to see that if you look at the gap between Lando and Lewis, who had pretty much a flat-out race and it was only about 45 seconds ahead of us, which again confirms that we made a good step forward again compared to these top guys over the winter, which as I said many times, it is key to make these steps in order to get back to the front again in the future.”

But Seidl also warned against the possible hype this result could bring internally: “At the same time we have to acknowledge we have strong competition, who also made good steps forward, so that’s the bigger picture and we simply need to make sure we don’t get carried away from that. We celebrate today and we keep working hard and bring more updates to the car to make sure we stay in this battle.”

The German want on to warn, “Bahrain is only one track, a very special track. The ambient conditions, with the wind and the heat make it unique, so we simply have to wait for more tracks now with different characteristics, different ambient conditions, different tyre choices, to see if there is a trend. Yes, it’s encouraging to see the pace we had today but, at the same time, it is very close, and we simply need to make sure we keep working on, analyzing and understanding the package we have, so we get more out of it and we need to keep bringing updates to the next races to make sure we stay on top of this fight. One thing I would like to say is also very encouraging and a big thank you to all of the guys from Mercedes that worked so hard together with us over the winter to get the Mercedes power unit into the car and to get through the first weekend together without any issues is simply down to the great work everyone has done and has worked, so big thanks.”

OUR DRIVERS ARE FREE TO RACE - WITH RESPECT!