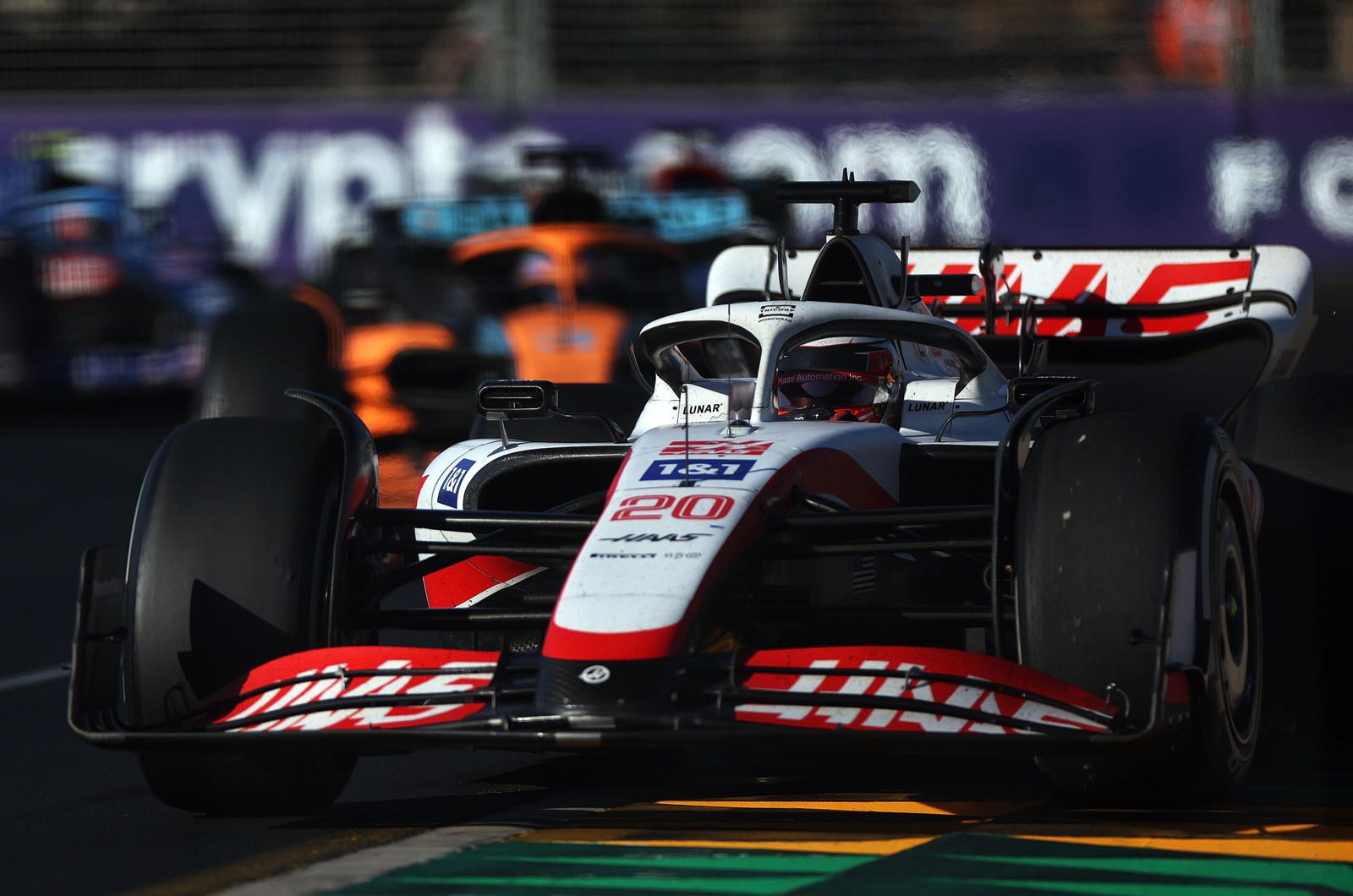 F1 drivers can "effortlessly" influence the FIA during grands prix, according to Haas' Kevin Magnussen.

The Dane was ordered to pit during the recent Canadian GP after Esteban Ocon, who was following Magnussen in his Alpine, complained on the radio that a piece of the Haas' front wing could fly off and hit him in the head.

"I had slight contact and a scratch on the front wing," Magnussen said. "But everything was safe - nothing had broken off."

He says the forced pitstop cost him points, and that Frenchman Ocon had even admitted afterwards that he knew the F1 race director would be listening to his radio message.

"I saw Ocon in parc ferme and he admitted that he wasn't entirely unselfish about it," said Magnussen.

"All I can say about that is that if you can influence the FIA so effortlessly and gain an advantage for yourself, then good. Esteban got away with it this time.

"But let's think back to Jeddah last year, where Lewis won the race with half a front wing, which I think is a good thing. They should just let us drive.

"Especially with sh*t like mine, which was really nothing," he is quoted by t-online.