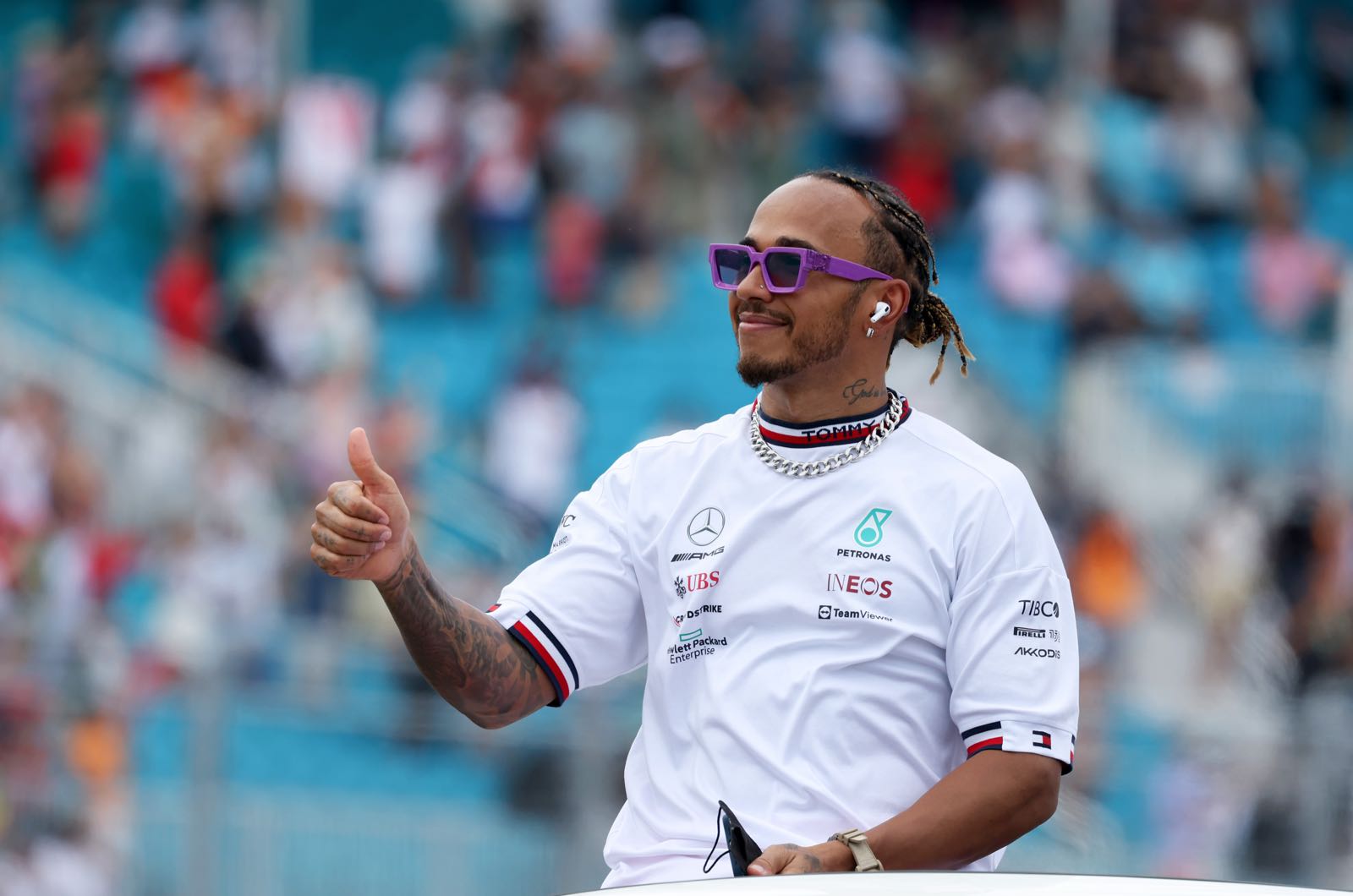 While Max Verstappen and Charles Leclerc battle for the world championship, Lewis Hamilton has found himself at war with the FIA.

Earlier at Miami, the seven time world champion wore as much jewellery as was physically possible in the official FIA press conference in protest of the sport's renewed cockpit ban.

Sebastian Vettel also cheekily protested the fireproof underwear clampdown by wearing underwear on the outside of his Aston Martin overalls, while even Kevin Magnussen admitted he has concerns.

"I feel weird without my wedding ring in the car," said the Danish driver.

But it was Hamilton, 37, who stepped up the row by threatening to boycott Sunday's Miami GP, ultimately earning him a two-race reprieve for certain piercings.

The Mercedes driver, however, says he will never be taking out his nose ring.

"There is no doubt that I will continue to discuss this topic," Hamilton insisted. "Next time I'll wear four watches."

As for his uncompetitive Mercedes car, a brief moment of promise for the otherwise hopelessly 'porpoising' W13 ultimately led to sixth at the line for Hamilton - one place ahead of his faster-in-2022 teammate George Russell.

"It's definitely a fast car. We just can't get it to work. I don't know when that will happen. We're working as hard as we can on it."

NO QUESTION ABOUT LATIFI'S 2022 SEAT