Monza to be happy weekend for Ferrari

Monza to be happy weekend for Ferrari 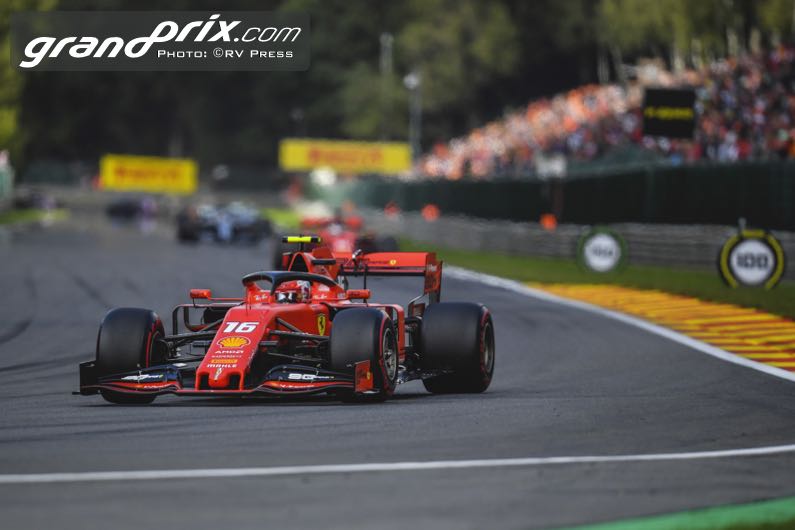 Ferrari will be strong again at Monza this weekend, according to Mercedes' two drivers and boss Toto Wolff.

Although Ferrari's advantage in the race at Spa was not as great as in qualifying, the Italian team looks set to dominate the speed traps again at home.

"Monza is going to be a happy weekend for Ferrari," said championship leader Lewis Hamilton after the Belgian GP.

"I think just in qualifying we're losing over a second a lap, and Monza is all straights. So there's not much me and Valtteri can do in that respect and there's not a lot of corners there to catch that up.

"In the next few days we've got to make some drastic improvements to our straight speed. I don't know if that's possible, but we'll do our best."

Team boss Wolff thinks Ferrari's engine and low drag advantage on the Spa straights was closer to 1.3 seconds per lap, according to Kronen Zeitung newspaper.

"That is beyond good and evil," he said. "Ferrari's power is no longer normal." Not just that, Ferrari is tipped to introduce its latest engine upgrade this weekend.

"Last year Ferrari was quick at Monza as well but we managed to make their life pretty difficult. That's where we got booed on the podium.

"We'll try to do the same again," he smiled.

In the end, it was Sebastian Vettel's crucial supporting role on Sunday that helped his faster teammate Charles Leclerc keep his lead and secure his first F1 win.

"They did what they had to do to win," said Wolff.

Vettel confirmed: "It was clear that I was missing some speed so today I was more in the helper role."

Boss Mattia Binotto hailed Vettel's support, commenting: "We said before the season that points for the team come first.

"Charles was very fast all weekend but we had to protect ourselves against Ferrari. Sebastian proved to be a true team player today," he added.

Another hope for Mercedes at Monza is that Ferrari could once again have engine problems. In the Alfa Romeo at Spa, Antonio Giovinazzi's engine failed in qualifying.

"On Monday the broken engine will arrive at Maranello," said Binotto. "It would be good to know what went wrong before Monza."

MONZA TO BE HAPPY WEEKEND FOR FERRARI

OPINIONS MUST BE RESPECTED AFTER FATALITY SAYS VASSEUR