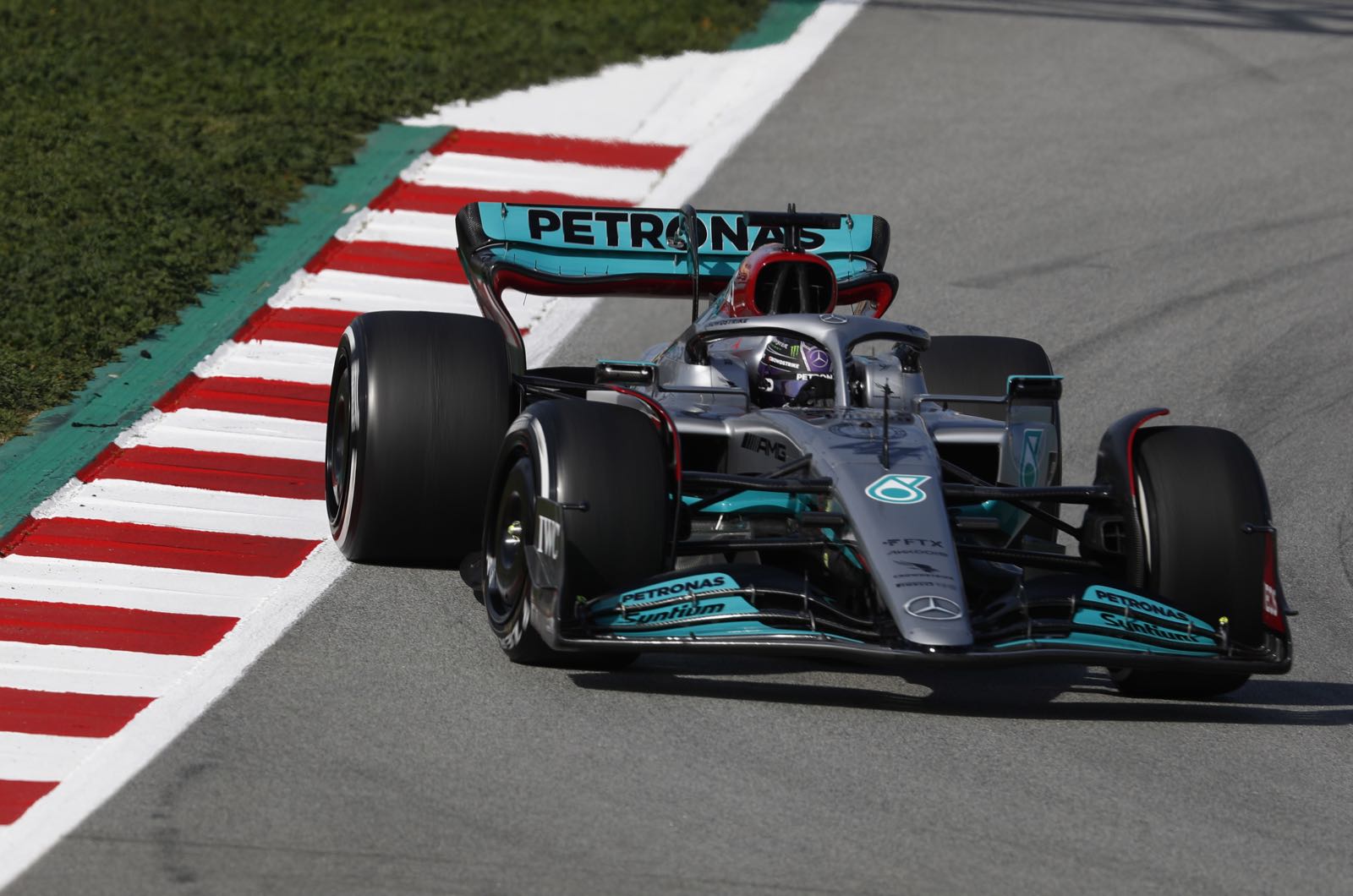 Mercedes could be preparing to unleash the most radical technical innovation seen so far on any of the ten all-new Formula 1 cars for 2022.

After Barcelona, most insiders were stunned that such restrictive new aerodynamic rules resulted in such visibly and obviously different solutions.

But Alpine's Fernando Alonso thinks those differences will be short lived.

"After four or five races there will be one or two teams that win all the races and the rest of us will copy what they have," said the Spaniard.

"Then next year, all the cars will be the same."

The respective teams' strategies for the final pre-season test starting this week in Bahrain are expected to be significantly different.

Ferrari, for instance, impressed with reliability and pace in Barcelona, but team boss Mattia Binotto says the car's configuration will be "about the same" in Bahrain.

"Now it is important to optimise what we have," said the Italian.

"Let's see what our rivals will bring to Bahrain. I'm sure many of them have prepared some serious upgrades."

"The rumours about performance in the simulator is that it is monstrous," the newspaper claims.

Respected correspondent Giorgio Terruzzi thinks the innovation may be the total absence of a traditional sidepod layout, thanks to "an imaginative but effective arrangement of the radiators".

Some are even expecting a laptime gain of a full second over the Barcelona car, while at the same time benefitting from a considerable weight saving.

"We would be happy if we could achieve 70 percent of what is coming from Mercedes," a Red Bull source said. "Their package looks to be massive."

Pirelli boss Mario Isola told Auto Motor und Sport: "No one pushed in Barcelona. The teams have at least one second left in their pockets."

As for Mercedes, the reigning constructors' champions are not denying that a significant package is coming for Bahrain.

"Everyone will have new parts in Bahrain," a team source told the German magazine. "Everyone will be full of energy in the first few races."