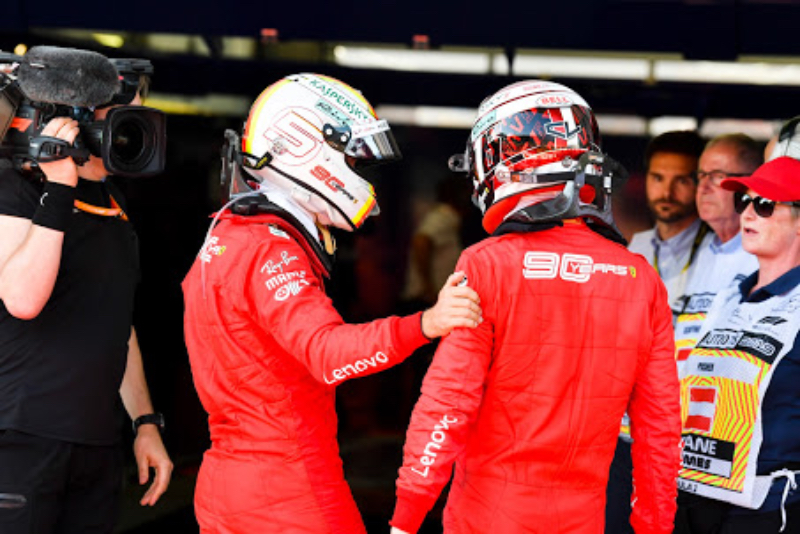 That is the view of former F1 driver Ralf Schumacher, who hails the way Leclerc simply accepted full responsibility for the first-lap crash last Sunday.

"I have to say honestly that Leclerc seems smarter than Sebastian in that way," he told Sky Deutschland.

"He immediately stood up and said 'My mistake', which sounds a lot better than 'I was unhappy with my car so I'm happy I stayed on the track'.

"He (Leclerc) is nice but he can still put out his elbows. In the team, he killed Sebastian politically. In no time. He is astonishingly mature for his age," Schumacher added.

Schumacher, who drove for teams including Williams and Toyota, said he hopes Vettel - a "top-class driver" - can find another seat for 2021.

"But in Formula 1 there is nothing older than last weekend's race," Ralf said.

"I think a comeback at Red Bull is possible as his relationships there are still very close. Especially with Didi Mateschitz."

However, Red Bull has ruled out reuniting with 33-year-old Vettel, but Schumacher thinks an opening could still emerge by the end of the 2020 season.

"One cannot forget that Alexander Albon is on average half a second slower than Verstappen. Per lap!" the German said.

"In the long term, a team cannot afford that. For the constructors' championship, you need a driver who regularly finishes second or third behind Max Verstappen."