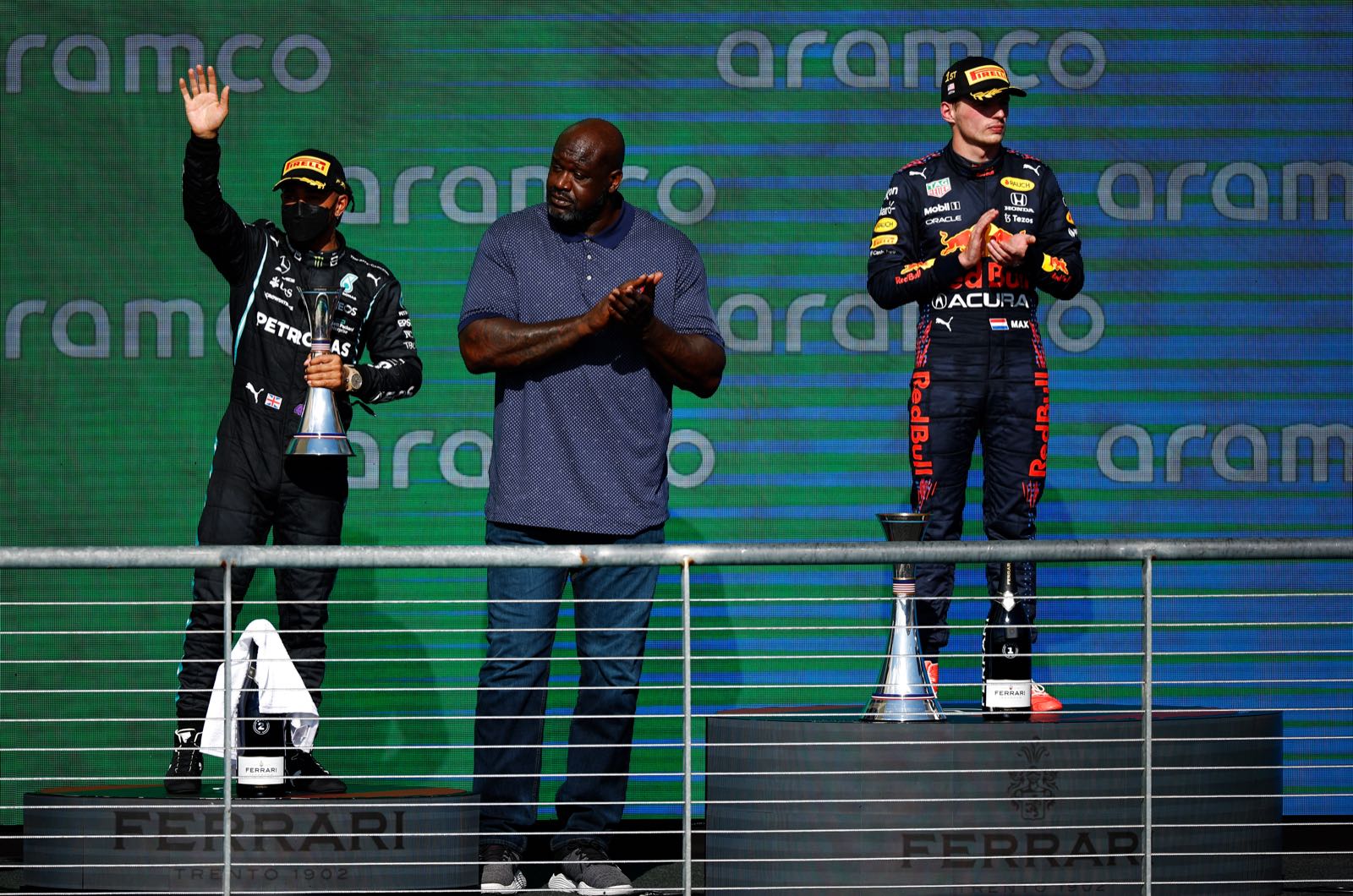 Lewis Hamilton says he will be "more cautious than ever before" when dicing wheel-to-wheel with championship rival Max Verstappen in the last and decisive two grands prix of 2021.

It has been a near-unprecedentedly tense title battle so far, with the pair separated by just 8 points but chaser Hamilton with the apparent current car advantage.

They have clashed more than once on-track, leaving Hamilton wary about the way Red Bull's Verstappen handles close encounters.

"You just have to be very careful. More cautious than ever before," the seven time world champion is quoted by Auto Motor und Sport.

"You have to know what can happen. You always have to be ready to do whatever you can to avoid the collision. Even if that means leaving the track.

"If you are too stubborn in defending your position, you will crash. In Brazil, I made sure to avoid the collision," Hamilton added.

Verstappen's turn 4 defence in Brazil was challenged by Mercedes behind closed doors in Qatar, but rejected by the stewards - and so Hamilton says it's up to him to stay on track.

"I've always been very decent in situations like that, I would say," said the Briton.

"Obviously you don't always get it perfect, and he's not my first opponent to drive like that.

"Now that I'm a little older, I take a closer look at the characters of the other drivers and their personal backgrounds. How we grow up also has an impact on how we behave. I try to understand," Hamilton said.

"I don't feel too big or too successful to avoid a fight," he insists. "I just know that sometimes it's the path you need to take.

"You have to be the clever one and sometimes that means losing points rather than being selfish and doing something that could cost my whole team their bonus payments at the end of the year," said Hamilton.

However, the 36-year-old is relieved that - off-track at least - the Hamilton-Verstappen battle has been kept clean and hostility-free.

"I can't speak for him, of course," Hamilton said. "I've competed against drivers who haven't shown their true colours, although I don't know if that's the case here.

"But I'm 36, I've been here a long time and it's not the first time I've faced a driver who is good and bad in some ways. But now I feel much better equipped to deal with it.

"I know he's a super-fast driver, and he will get faster and faster the more mature he becomes. There is no doubt about that.

"When I look back at myself at the age of 24 or 25, I had the speed in the car but so many experiences outside the car when I was suddenly in the spotlight.

"I didn't do much right back then," Hamilton admits. "That's why I don't hold it against someone else."