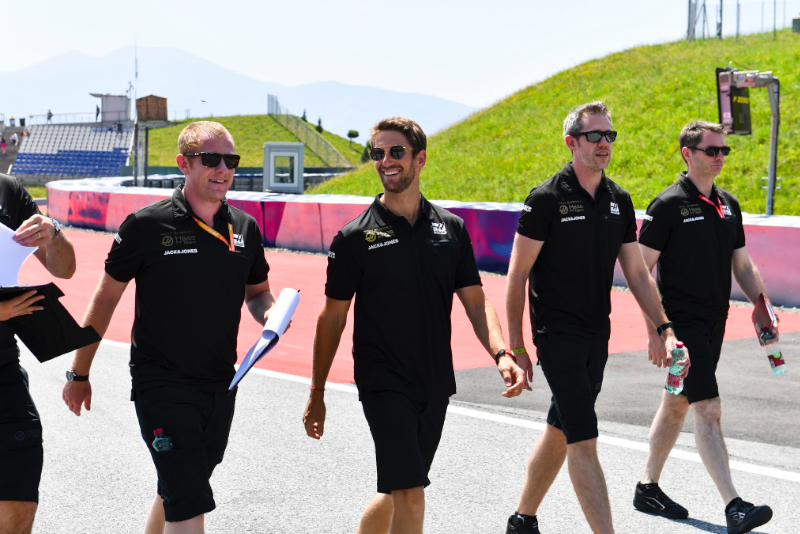 Romain Grosjean is in danger of losing his place at Haas.

That is the view of Jason Watt, a former F3000 driver who thinks his fellow Dane Kevin Magnussen is in good form with the American team.

As for Magnussen's French teammate Grosjean, however, Watt is much less sure.

"I do not think he will be extended for 2020," the pundit told the Danish newspaper Ekstra Bladet.

As for Haas more generally, Watt thinks the team was the "loser" of the weekend in Austria, despite Magnussen's strong qualifying that put him fifth.

But in the race, as has been the case many times in 2019 due to the Pirelli tyre situation, the pace utterly collapsed.

"Kevin may have done the finest single lap of the weekend, but he got no reward the following day. Haas is in crisis," said Watt.

"At least the qualifying was super good marketing, which must irritate Dr Helmut Marko."

The Marko reference is because Haas is this year sponsored by Rich Energy, a new and controversial competitor to the top energy drink Red Bull.

But Rich Energy is currently not able to run its antler-style logo on the Haas cars due to a copyright claim by British bicycle maker Whyte Bikes.

A UK court has also ordered Rich Energy to reveal the financial details of its Haas title sponsorship, so that damages can be assessed.