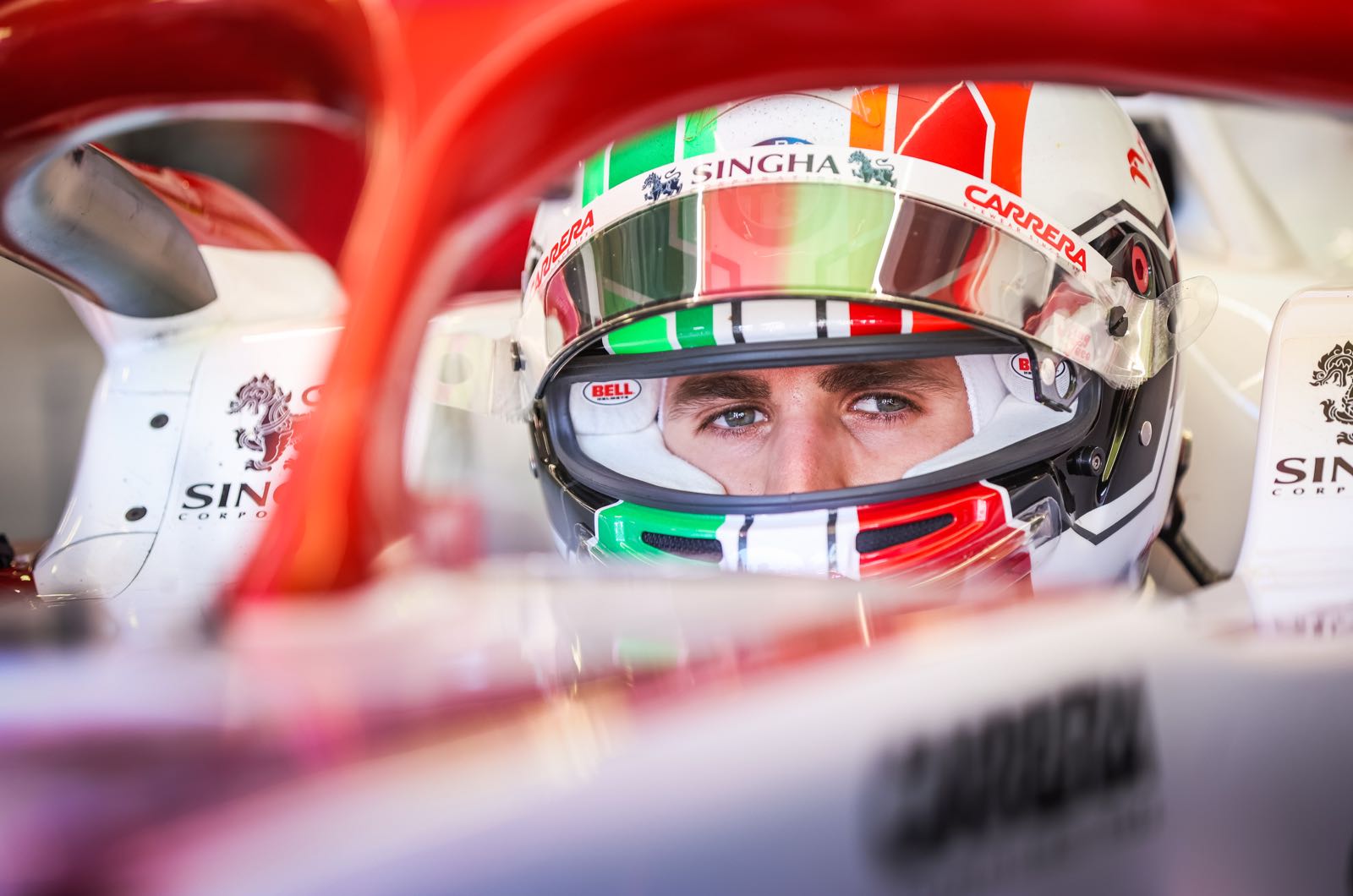 Antonio Giovinazzi says he can handle the pressure of keeping his seat at Alfa Romeo, as a group of potential replacements nip at his heels.

After two fairly nondescript seasons in Formula 1, the 27-year-old Italian is now beginning the show the way to his famous teammate Kimi Raikkonen - at least in qualifying.

At the same time, while Giovinazzi is a leading member of Ferrari's driver academy, the next group of juniors are now champing at the bit for a chance, led by Callum Ilott and Robert Shwartzman.

Mick Schumacher must also be considered a candidate for 2022.

However, it is not clear if Hinwil based Sauber's naming deal with Alfa Romeo - a Ferrari-associated carmaker - will even continue beyond 2021.

That could affect Sauber's driver arrangements with Ferrari.

"You have to ask the question to Alfa Romeo first," said team boss Frederic Vasseur when asked about the expiring deal.

"But we are in discussions for the future and I hope that we will be able to continue together."

Therefore, the Vasseur-promoted French 17-year-old Theo Pourchaire - who won the F2 race at Monaco from pole - should also be considered an outside contender for Giovinazzi's seat in 2022.

Giovinazzi admits he is under pressure.

"There are only 20 drivers in Formula 1," he said. "But I've always driven with pressure.

"In Formula 3, I had an Indonesian sponsor and I knew that I had to deliver results in order to move forward," the Italian told Auto Motor und Sport.

"And that's the way it is here too. I have to be good and then I'll stay."

Giovinazzi admits, therefore, that his future on the grid could be made or broken on the basis of the following few months.

"I just want to perform well. I'm here with Alfa Romeo now and then we'll see what happens next year. Every driver has the goal of becoming world champion, of course, but that's not easy.