Gasly to show true value back at Toro Rosso

Gasly to show true value back at Toro Rosso 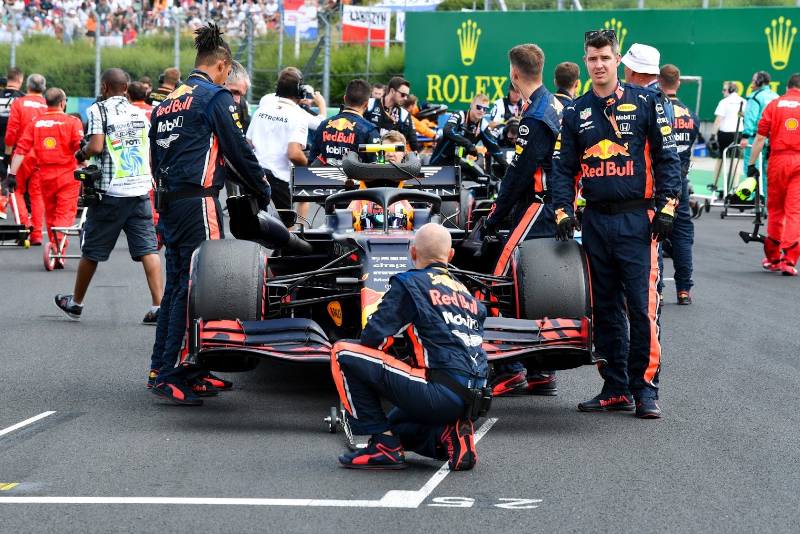 Pierre Gasly is vowing to push on after being dumped by Red Bull's premier team.

Despite repeatedly insisting that the struggling Frenchman would stay at least for the rest of 2019, Red Bull announced on Monday that he will in fact be replaced immediately after the summer break by Alex Albon.

"The team will use the next nine races to evaluate Alex's performance in order to make an informed decision as to who will drive alongside Max (Verstappen) in 2020," read a statement.

It is bitter news for 23-year-old Gasly, even though his F1 career is not over completely as he returns to Toro Rosso.

RMC Sport quoted Gasly's manager as saying he will now "show his true value in a team he loves and with whom he has already proven himself".

The brutality of Red Bull's driver programme is well known, and the pressure will now be on British-born Thai rookie Albon, 23, to survive and thrive alongside the on-form Verstappen.

"It's a big jump into the deep end, but I've got my swimming shorts on," he said.

"On the one hand it's tough for Gasly, but on the other Red Bull has repeatedly and loudly stated that he should perform better," he said.

"All in all it's understandable. If Red Bull wants to be world champion with Max next year, they need a driver comparable to Daniel Ricciardo," Lammers added.

But another Dutch driver and pundit, Tom Coronel, thinks Red Bull is now risking the early career of the promising rookie Albon.

"I would have taken Kvyat," he said. "He's like Nico Hulkenberg or Kevin Magnussen: good, fast, experienced. And with nothing to lose.

"But this puts so much pressure on Albon. Perhaps they have seen something in him that I haven't."

As for Gasly, he must now cling to his 38-grand prix old Formula 1 career back at Toro Rosso.

"I feel for Pierre," said former F1 driver Giedo van der Garde. "But never give up mate, get your confidence back and the flow you were in last year and I'm sure you can prove everyone wrong."

GASLY TO SHOW TRUE VALUE BACK AT TORO ROSSO