Fun to watch Wolff get upset in 2021 says Horner

Fun to watch Wolff get upset in 2021 says Horner 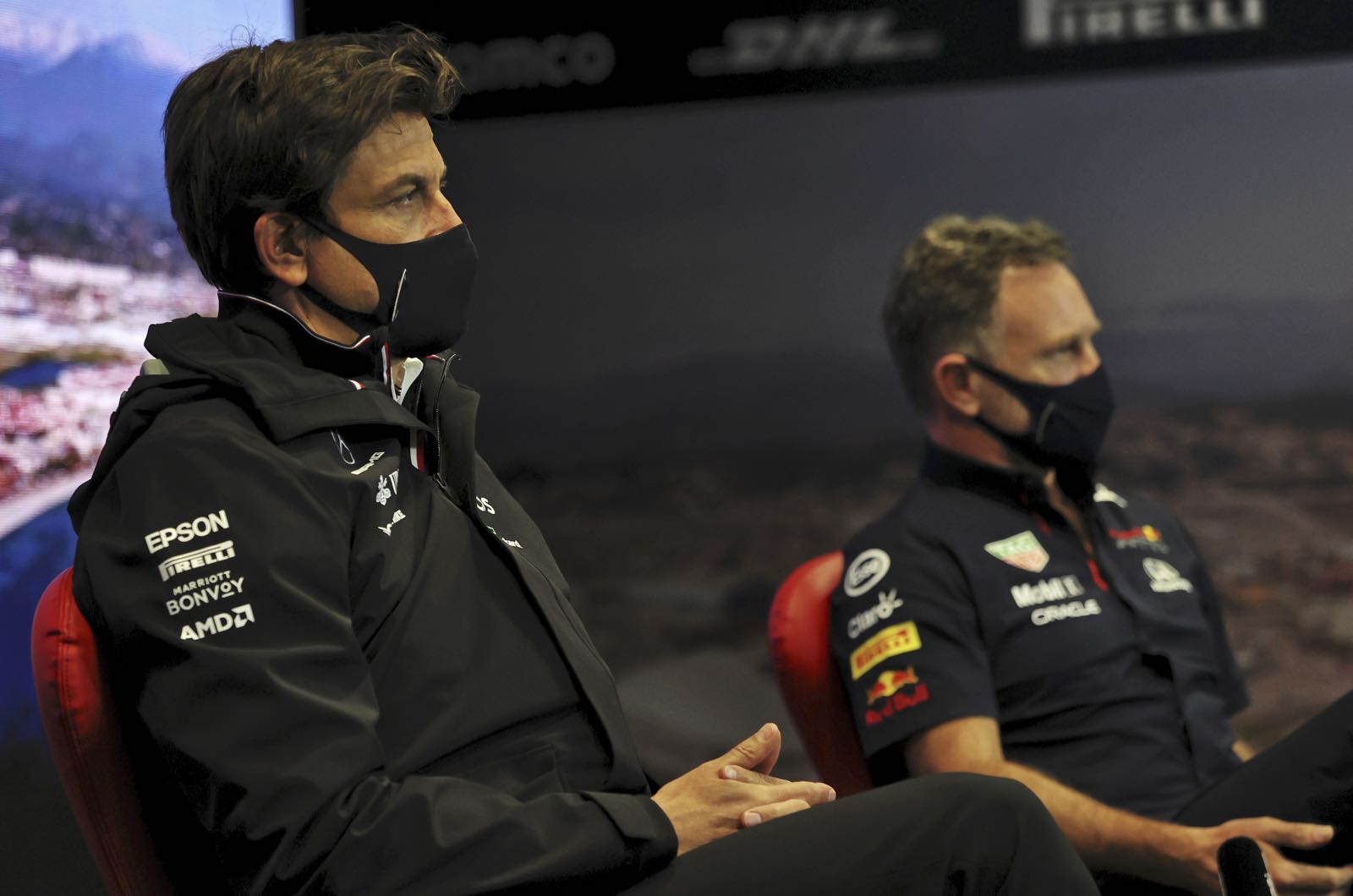 Red Bull boss Christian Horner says it's "fun" to witness the discomfort of his Mercedes counterpart Toto Wolff in 2021.

The pair are nominally at the top of the title-charging top teams in the heat of the ultra-intense world championship battle - but Horner says their roles differ fundamentally.

"There's a lot of respect between the two teams, but he and I are very different," Horner told Servus TV.

"I want to be close to the action, sitting up there with the engineers and strategists. Toto prefers sitting in the garage next to the press officer."

It's that sort of inter-team needle that has added an extra edge to the 2021 battle - but Horner insists that he actually enjoys it.

"The more upset Toto gets, the more fun it is," he laughed.

And he is confident Max Verstappen can now close the mere two-point gap to championship leader Lewis Hamilton, especially after the Dutchman so successfully overcame his back-of-the-grid penalties at Sochi.

"Mercedes are beatable," said Horner. "But we can only do it if we deliver a top performance every time."

He also has immense respect for seven time world champion Lewis Hamilton, who racked up his 100th win last Sunday.

"Statistically speaking, Lewis is the most successful driver and he continues to drive at a very high level," said Horner.

"Especially at the end of a race, he is always exactly where he should be."

But Horner says the entire Red Bull team can handle the pressure of taking on both Mercedes and Hamilton.

"Everyone is motivated to the tip of every hair," he said. "This battle is a lot of fun for them - they've taken on the challenge with relish."

Horner continued: "Sochi went much better than we hoped.

"We took our grid penalty, we have two Mercedes circuits behind us and we're two points behind Hamilton.

"It looks good for the rest of the season."