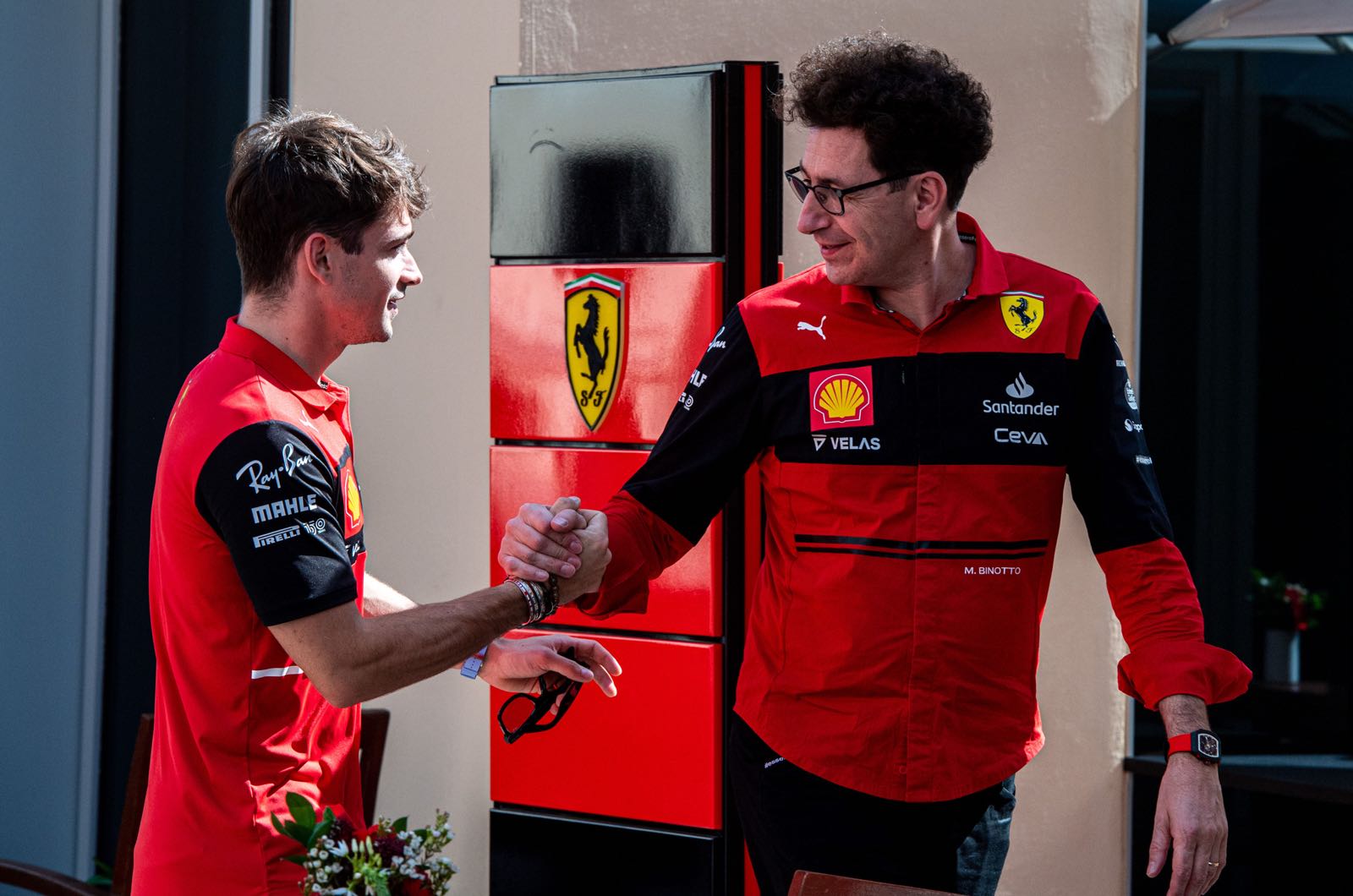 Ferrari reportedly intends to reveal the identity of Mattia Binotto's replacement as team boss by Christmas.

Italian specialist publications report that the Maranello based outfit has now made a decision, with current Alfa Romeo team principal Frederic Vasseur believed to be the frontrunner.

Also linked with the role was McLaren boss Andreas Seidl.

"I don't know if the rumours are true, but I do know he's not going anywhere," McLaren supremo Zak Brown said.

"I don't know the inner workings at Ferrari, but it seemed to me that Mattia was doing a pretty good job."

Indeed, according to Ferrari customer Haas' team boss Gunther Steiner, one of Binotto's final acts in charge of Ferrari was informing him that the 2023 engine is "the bomb".

Frenchman Vasseur, meanwhile, could be heading into immediate headwinds amid rumours that his supposed appointment has angered the Charles Leclerc camp led by Vasseur's former business partner Nicholas Todt.

"I'd have to know more about it before making an informed judgement. What is clear to me is that there needs to be a change in strategy, but when you have such a fast car, you don't need to be drastic about it.

"It is true that we saw certain stupidities and I don't know who was responsible for that. When I think about how Leclerc was sent onto the track in Brazil with intermediates - mamma mia!"

If appointed as Binotto's successor, Ferrari will break its recent tradition of appointing Italian bosses who are ultimately ousted - such as Maurizio Arrivabene, Marco Mattiacci and Stefano Domenicali.

"I have a positive opinion of Binotto and I think he should have stayed," former Ferrari boss Cesare Fiorio told Italy's Autosprint. "In the F1-75, he has put a competitive and advanced machine on the asphalt.

"He is a very good engineer, but as a team principal he still needed some experience. But I do believe that he was doing it better and better over time.

"I would have found a way to keep Binotto on the team," Fiorio added. "On a technical level, he really achieved the goals."

"The papers said that he said no," Fiorio commented. "But I don't believe that he turned down the job. And he is someone who could have performed the task well."

As for Vasseur, Fiorio concluded: "He's had success in other classes, so at least he has a good resume."

SHWARTZMAN HAS SEVERAL OPTIONS FOR 2023

TURKEY ALSO IN THE RUNNING TO REPLACE CHINA GP