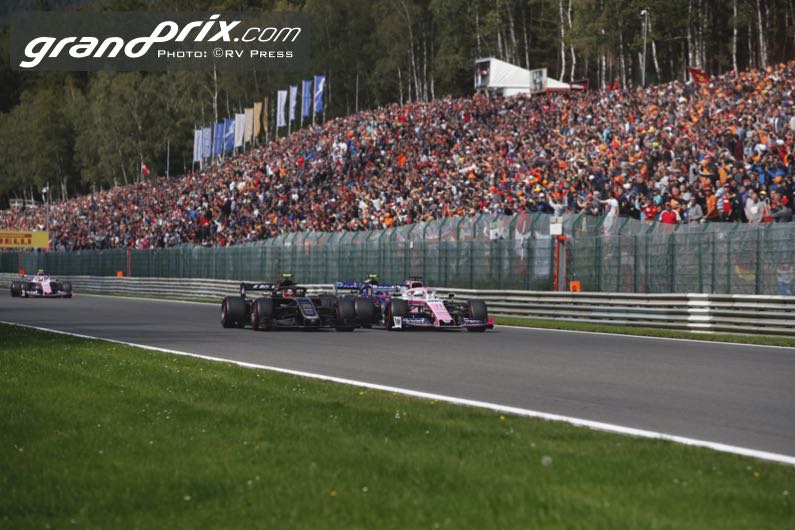 Spa Francorchamps will make circuit modifications before F1's return to Belgium in 2020.

The news comes as both Belgian authorities and F1's governing FIA launch investigations into the death of Formula 2 driver Anthoine Hubert.

The Belgian police investigation concerns the "involuntary manslaughter" of French driver Hubert, even though such a probe is customary after any violent death.

"For the moment, there is nothing to suggest that there was negligence, but it will be up to the experts to determine that," magistrate Gilles de Villers Grand Champs is quoted by Le Figaro.

But he rejected suggestions that the asphalt run-off area at the exit of Eau Rouge - where the incident occurred - was the problem.

"It's not a bad run-off," Masi said. "It is actually the pit exit for the other pitlane, so I don't think you can generalise like that."

Spa Francorchamps CEO Nathalie Maillet told Belga news agency that prior to the crash on Saturday, the circuit was already planning changes for the future.

"The track at Raidillon will not be affected, but we will put gravel back again," she said.

"Discussions are currently underway about where the gravel should be and how deep it should be."

Maillet insisted that Hubert's death does not endanger the future of the fabled Belgian GP.

"After this accident, Spa Francorchamps is not being questioned as a location for Formula 1. What happened was a race.

"Of course it affects us all, so we must continue to work on the development of the circuit."