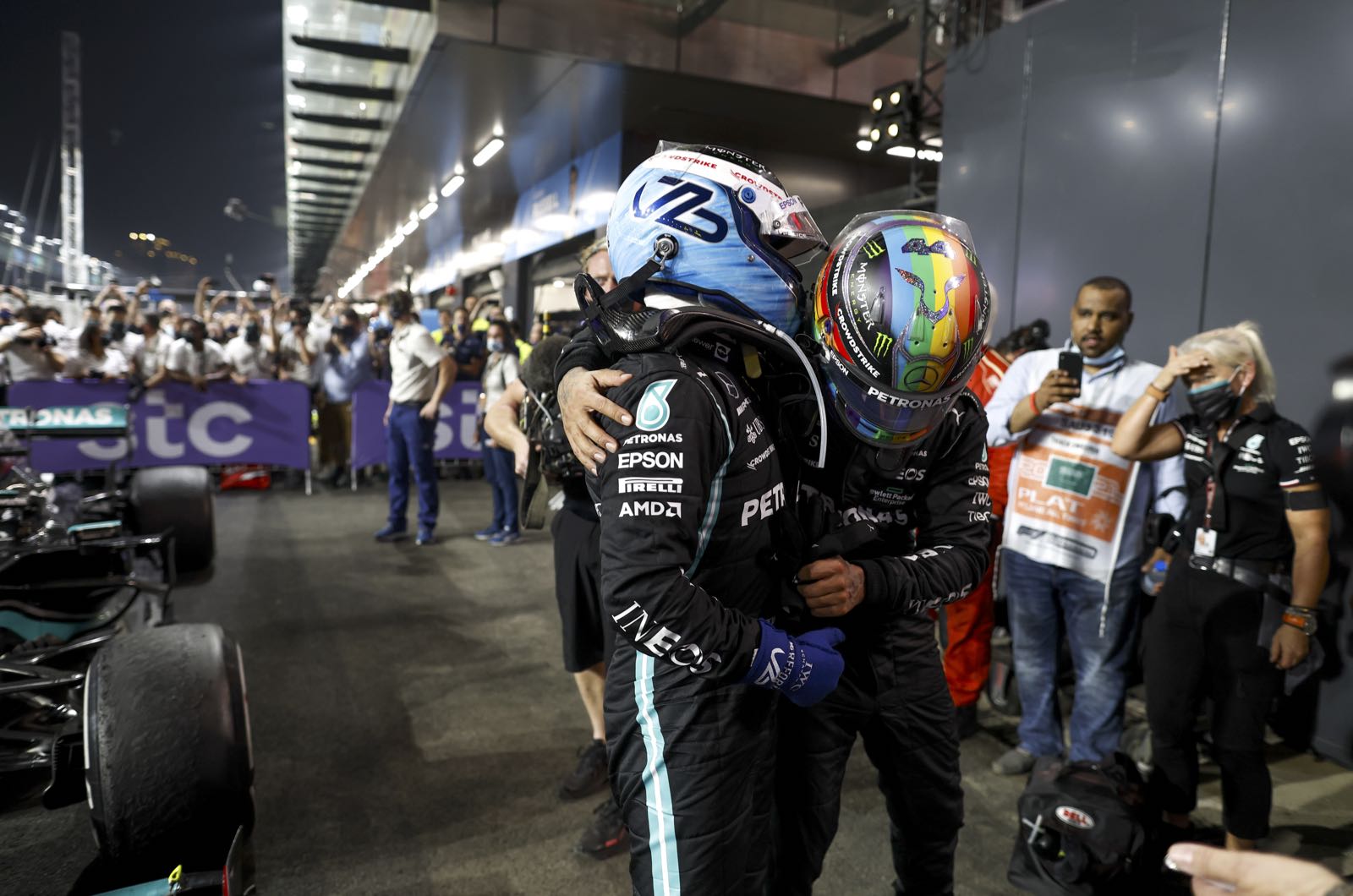 Valtteri Bottas is looking forward to "less pressure" but "more responsibility" as he leaves behind his five-year stint at Mercedes.

The 32-year-old Finn is being replaced by the promising Williams driver and Mercedes junior George Russell.

"This has been quite a pressure chamber," Bottas, speaking at his second-last race for Mercedes in Saudi Arabia, told the Finnish newspaper Iltalehti.

"I expect there to be less pressure but I will certainly have more responsibility," he added, referring to his impending move to Alfa Romeo.

"A lot of work needs to be done to make that team rise higher."

From a personal point of view, Bottas' feelings must be mixed. On the one hand, Lewis Hamilton described him in Saudi Arabia as "the best teammate there has ever been in this sport".

On the other hand, his quest for the world championship is now all but over.

"Obviously I didn't achieve my own main goal," Bottas admits. "I tried everything.

"I certainly wasn't lucky at times, but it was also really hard to beat a teammate who is probably the best in Formula 1 history.

"There are things to be proud of. Maybe in retrospect they will be appreciated even more. It could have gone worse," he smiled.

After the Abu Dhabi finale this Sunday, however, Bottas' first plan is for some well-earned rest.

"Things will start at Alfa Romeo in mid-January," he revealed.

"I will spend Christmas in Finland, which I've done every year. It would also be nice to go to Australia for a couple of weeks," added Bottas, whose girlfriend is Australian professional cyclist Tiffany Cromwell.