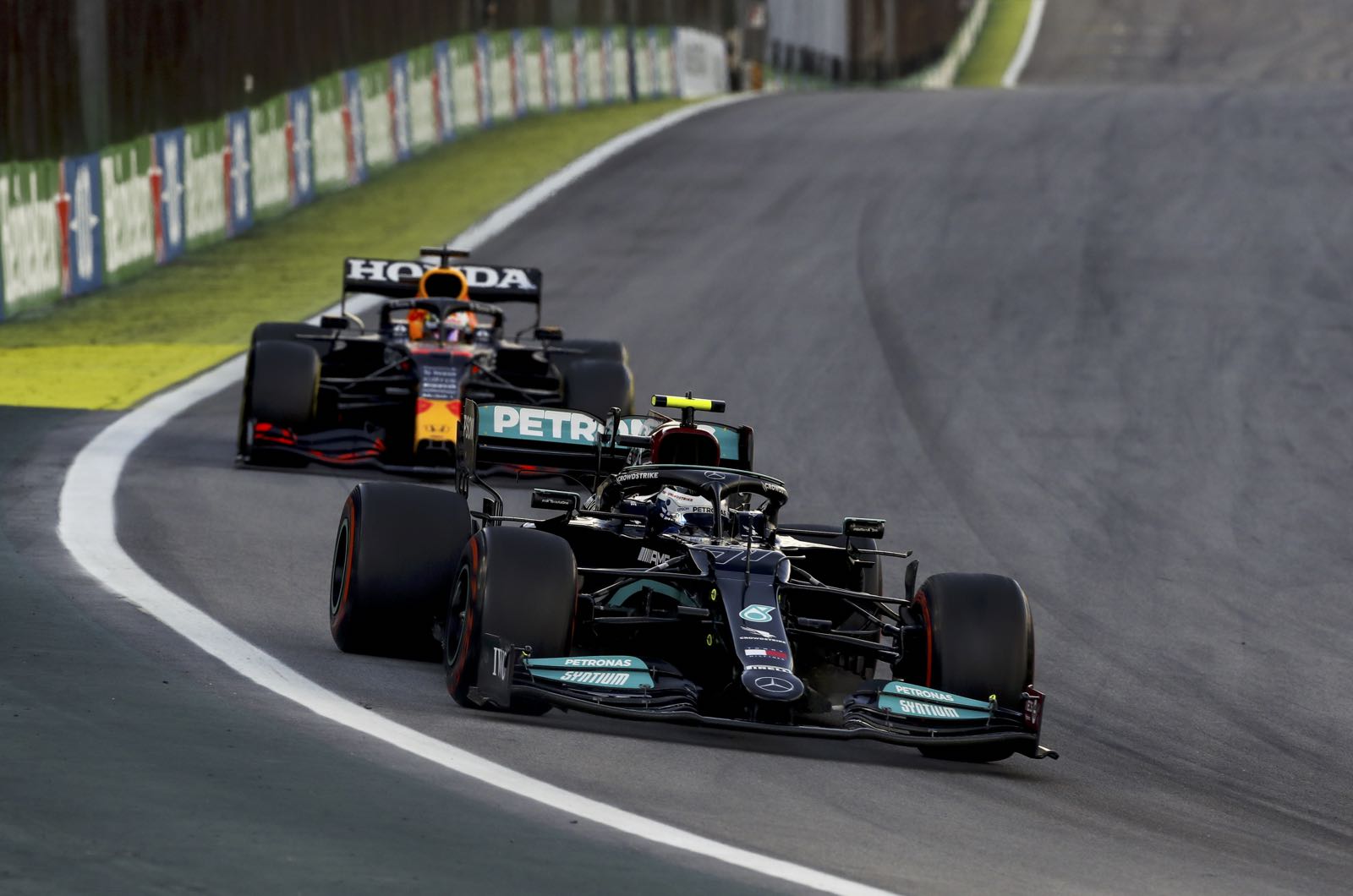 Mattia Binotto has played down suggestions Mercedes will now race away with the 2021 title thanks to the freshly installed "rocket" in Lewis Hamilton's car.

Although Red Bull's Max Verstappen went into the Brazil weekend as the clear championship favourite, Hamilton managed even to overcome a spate of penalties with the help of a freshly-installed power unit that only now has to last until Abu Dhabi.

"It looked like the others had one gear less than Hamilton," Dr Helmut Marko charged.

"Mercedes has succeeded in creating a masterpiece with this rocket for the decisive phase."

Ferrari team boss Binotto, however, played down the likelihood that the new engine will be a silver bullet for Hamilton's recovery over the decisive three races of 2021.

"I honestly don't think it's a power unit issue," he told Sky Italia.

"From one track to another, a car can adapt better than the other. In Mexico, Red Bull had an advantage. In Sao Paulo it was the Mercedes.

"You can also see it from Bottas' performance, who did not change the engine. The difference between the two of them was small.

"What will matter more is how the cars adapt to the next grands prix, of which two are unknown to everyone," the Ferrari team principal added.

On another topic, Binotto was asked again about his support for the potential and controversial introduction of reverse grids to accompany the sprint qualifying format for 2022.

When asked if Hamilton's exciting fight through the field from the back added another argument to his quiver, the Italian answered: "I think so.

"We certainly saw a lot of overtaking, which made the sprint interesting. So I am convinced that we should discuss the sprint format and the reverse grid, given how things went last weekend."

Finally, Binotto sounds confident Ferrari can hold on to third place in the constructors' championship.

"At the moment we are ahead of McLaren by 31 and a half points, which is the biggest gap there has been between our teams since the beginning of the season," he said.

"Given that there are three races left until the end of the season, that's a significant advantage. But I knock on wood, because reliability will remain a key factor in the remaining races."