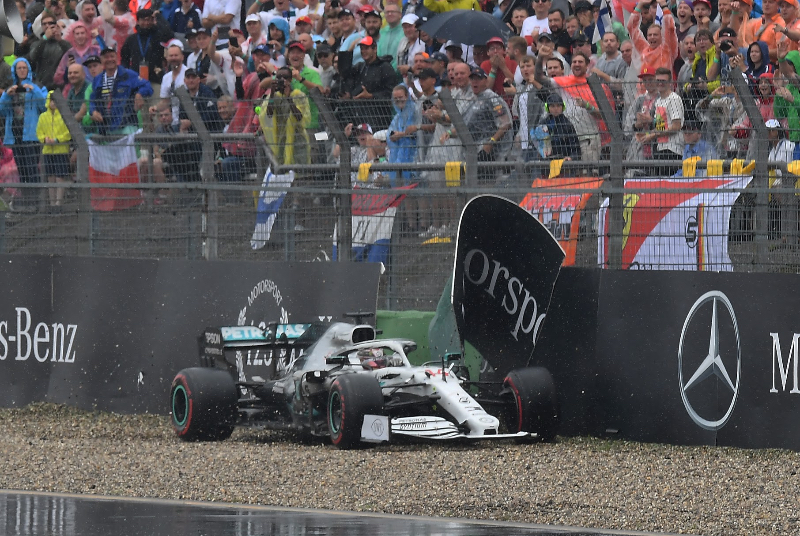 The German carmaker kept this year's Hockenheim race on the calendar by sponsoring it, and took the opportunity to use a special livery and dress team members in old-style costume to mark Mercedes' 125 years in motor racing.

The Netflix documentary team was also on hand to film the team's home race, but ultimately it was easily Mercedes' worst showing for some time.

"It just shows you can't mess around with this stuff," team boss Wolff said. "You should always concentrate on the job.

"We had the whole team present as well as the Netflix guys. We're not superstitious, but we do believe in karma, so this was a day to learn," he added.

"Maybe you get distracted, and you start doing things differently than you would normally. In the end we will learn from it."

It was also a notably off weekend for Lewis Hamilton, who admitted he felt ill throughout the event.

"I have never felt this sick," he said on Monday. "It really does highlight just how precious health is."

At one point, the championship leader radioed his engineers to ask to "retire the car".

"Negative, Lewis," came the reply. "There are always opportunities."

Wolff excused Hamilton for expressing the rare desire to give up.

"Lewis wasn't healthy for the whole weekend, but I think he did the most he could," he said.

"Many of us wouldn't have considered being in the car but he did."

Hamilton said he will now use the few days between Hockenheim and Hungary to get better.

"I've cancelled all my appointments and will spend a few days at home. Not having to sit in the car helps you the most," said the five time world champion.

"I don't feel very well but I hope that in a few days everything will be fine."

In contrast, Sebastian Vettel had an abysmal qualifying session and started last, but he ultimately drove through the carnage to finish second.