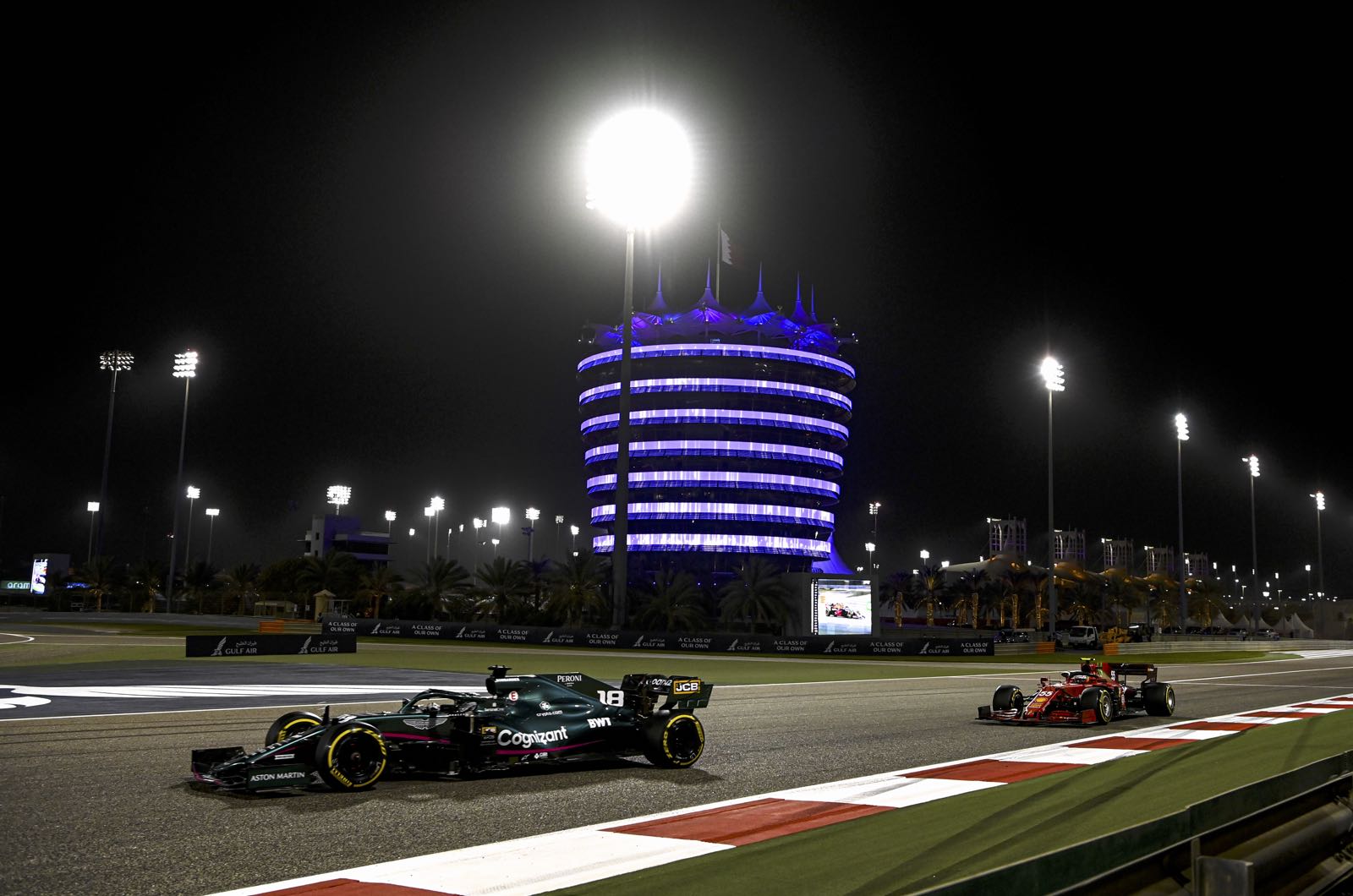 Otmar Szafnauer was a man in a mission in Bahrain, desperate to explain to everybody the changes introduced in the Technical Regulations for this year had hurt his team and all others with a low-rake a lot more than the teams that, like Red Bull, have long followed the high-rake concept. The Romania-born American could be seen with his lap top in hand, going into the FIA and the FOM offices in the Bahrain International Circuit to show the World Championship organizers and promoters data to validate his point and admitted that right from the start of the weekend in Bahrain, his team knew they were in the backfoot for the early part of the season.

Asked if the poor race pace shown by both AMR01 had been validation for his discontent, Szafnauer quickly said that, "I think the rude awakening happened in qualifying, when we realized after analyzing the data, that the low-rake cars were hampered significantly more by the regulation change, the aerodynamic regulation changes, so we expected a tough race, but there's some positives to take out of it. On the soft and medium tyre we looked pretty competitive in the midfield, overtook some of our competitors, catching some of the others. We struggled a bit on the hard tyre at the end and we've got to understand that. In race conditions we're a bit more competitive than we were on one lap but compared to where we were just a few months ago here, before the regulation change, we've got a lot of work to do."

For Aston Martin's technical team, led by Andrew Green, this situation didn't come as a surprise and Szafnauer was clearly upset that, in his opinion, the legal steps to change the technical regulations had not been followed, going into 2021: "I'm not a conspiracy theorist but it was pointed out last year by the low-rake runners that this regulations' change would have a bigger effect for us than for the high-rake runners and we were correct. At the time the regulations were being made this was being pointed out.

And that's my issue with his situation: number one, there was never a vote on it; number two, there was an indicative vote at the Technical Under Committee, where all the Technical Directors have a seat but can only give indicative votes, and three teams voted against it. You've got to remember only two teams have a low-rake concept (NDR: Mercedes and Aston Martin), so even one of the high-rake teams voted against it. So, we got nowhere near unanimity, and if the matter had been taken to the Formula One Commission, as it should have been, it wouldn't have even passed, because you need out of the team teams, plus the FIA and the Formula One group to vote for it."

Knowing the rules won't change to help his team, Szafnauer also indicated the team knows in what areas Andrew Green and his staff have to work harder to improve the performance of the AMR21: "There's more to come, we haven't given up on this year and we have things in the tunnel and the CFD, so we'll start bringing them to the track pretty soon. So, it's a matter of clawing back the deficit that was imposed on us by the FIA through their regulation change based on safety, and from talking to some of the other teams they seem to have made up the entire deficit that we haven't and that's just because of the different aero philosophy we run. We'll work hard to get that done in the next few races. The change made around the rear of the floor, the tyre area, so that's where we have to start looking for more downforce, so rear downforce that we're looking to improve. With that comes better balance and being able to dial in more front wing, and the whole thing takes on."