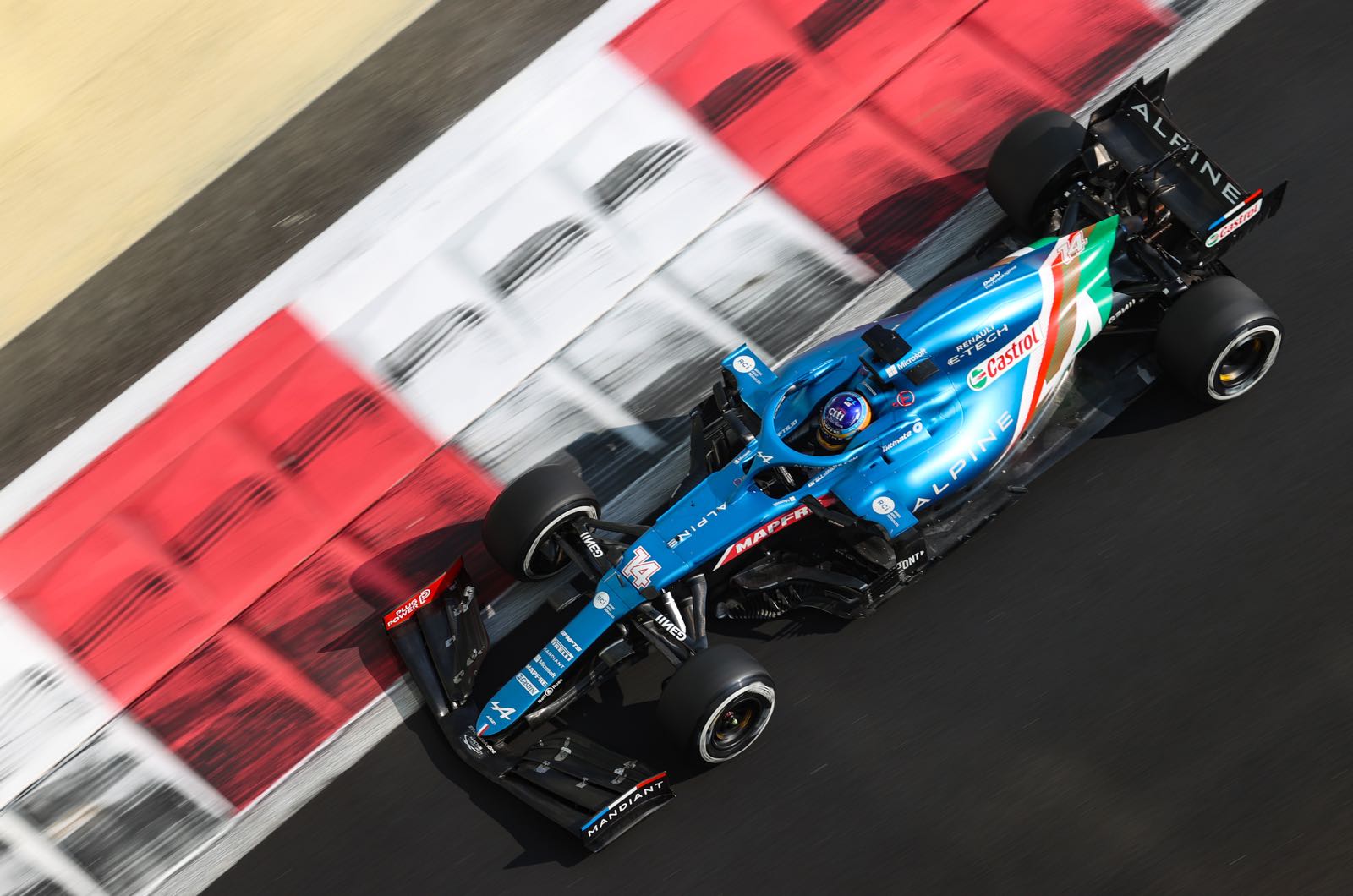 The tantalising prospect of a white 2022 livery is not being ruled out by Alpine CEO Laurent Rossi.

Actually, the Renault-owned team is preparing to reveal a blue and pink car for the start of the all-new regulations era, with the latter colour marking the switch of Austrian water company BWT from Aston Martin to Alpine.

Switching with BWT is Otmar Szafnauer, whose role as Fernando Alonso and Guanyu Zhou's boss for the forthcoming season has now been confirmed.

"Clearly, a profile like Otmar's was necessary for both technical and operational direction between Enstone, Viry and the track," Rossi is quoted by the Spanish newspaper Diario Sport ahead of Monday's car launch.

"It will be a much more critical season. Otmar has a unifying and team building profile and was the big missing link to take us from 'best of the rest' to 'best of the best'."

Several other managerial changes have also taken place over the winter, which were all part of the strategy referred to as 'El Plan' at the end of 2021 as Renault looks to recapture its earlier glory days.

The next exciting rumour is that a sponsorship with Real Madrid, one of the most successful football clubs of all time, could be on the cards for Alpine.

"If an agreement is reached, we will paint the car white," Renault CEO Luca de Meo added.

Much more likely is the expected blue and pink car, with an all-new power unit finally lurking beneath the engine cover.

"The approach in the past was to prefer to turn the engine down a bit when we knew we had reached the peak, rather than a more reliable engine that wasn't fast enough," said Rossi.

"We are going to do it differently now and the good news is that we have already done thousands of kilometres on the test bench with this new engine in recent weeks.

"It's a real game changer for us."

Rossi also admits: "The team has been stagnating and I think we were on an almost negative slope.

"I think we were reaching a good level of performance as the best of the rest, but it is not what we need to advance to the next challenges.

"This is where I decided that, in order to reach that goal, we need to strengthen the team and return to a more conventional structure," he said.

"Otmar has a lot of experience in F1. We have the team manager we need now."

MERCEDES DID NOT FORCE MASI OUT SAYS WOLFF

FERRARI PREPARED TO COPY OTHER TEAMS IN 2022