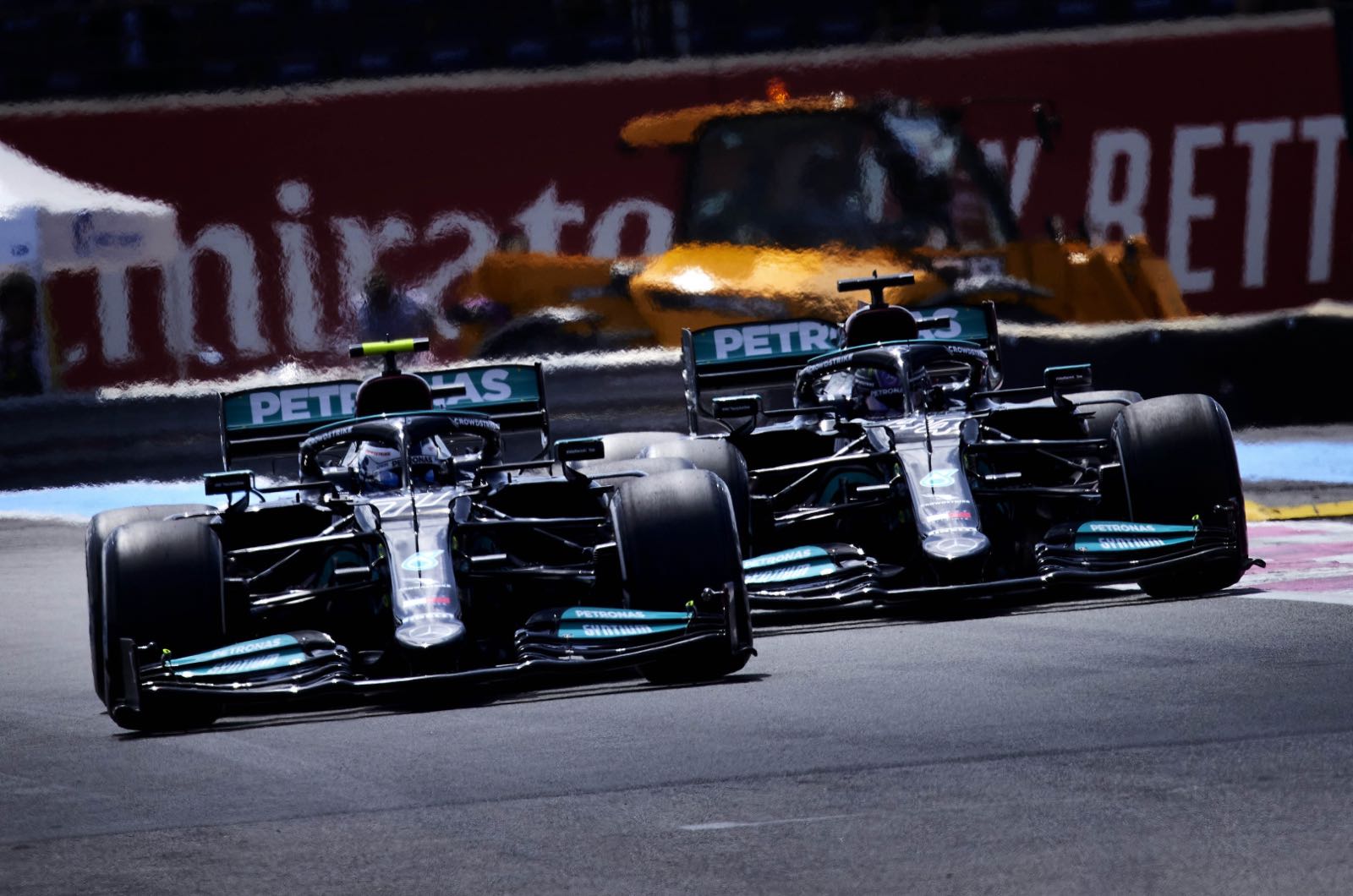 Mercedes' 2022 car is no longer a "baby" behind the scenes at Brackley, according to boss Toto Wolff.

"It is a toddler, taking its first steps in the wind tunnel," he told RTL, "where we can start to estimate where the performance is headed."

Indeed, whilst winding down development of the 2021 car, the bulk of Mercedes' focus this year has been on designing a new single seater for the all-new rules.

"We will develop into February for the specification that will then be on the track at the start of the season next year," Wolff revealed.

"Between now and then, in terms of performance, it could be a few seconds (per lap)."

Mercedes, however, is refusing to simply write off the 2021 title in order to focus on next year's rules. Getting the balance right, however, is difficult.

"There is no golden rule," said Wolff.

"We stopped development some time ago. The Silverstone upgrade was manufactured and tested two months ago in the wind tunnel."

In the meantime, Red Bull stole a march on the reigning seven time world champions - but Wolff insists that no longer being favourite "doesn't feel abnormal".

"We knew the past seven years had been extraordinary," the Austrian added.

"It's a test. We're the challengers now. We have to work our way up again."

Wolff says the rule changes between 2020 and 2021 "thwarted our plans" to do only minor development this year in order to focus fully on 2022 throughout the season.

"Now we will fight to keep the world championship open for as long as possible and ensure that we are competitive for the next few years."

Wolff admits that the situation means Mercedes is making some obvious mistakes.

"I think the mistakes we have seen were unusual," he argues. "It could be that we always had a margin in the past few years.

"The errors were all very different - human errors, where we might have wanted to achieve something that our equipment couldn't do, or we calculated incorrectly," Wolff said.

"We are of course slower. Last year, we were one second ahead on average in good races - now we're just behind.

"And if you have a slower car, you have to compensate or sometimes overcompensate. And that's wrong," he explained.

"Because at the end of the day, the driver and the team that gets the most out of their package will win - without them stepping over this line. Otherwise, you will always make these mistakes.

"It's a lesson. We won't forget that. Now we're fighting for the championship."