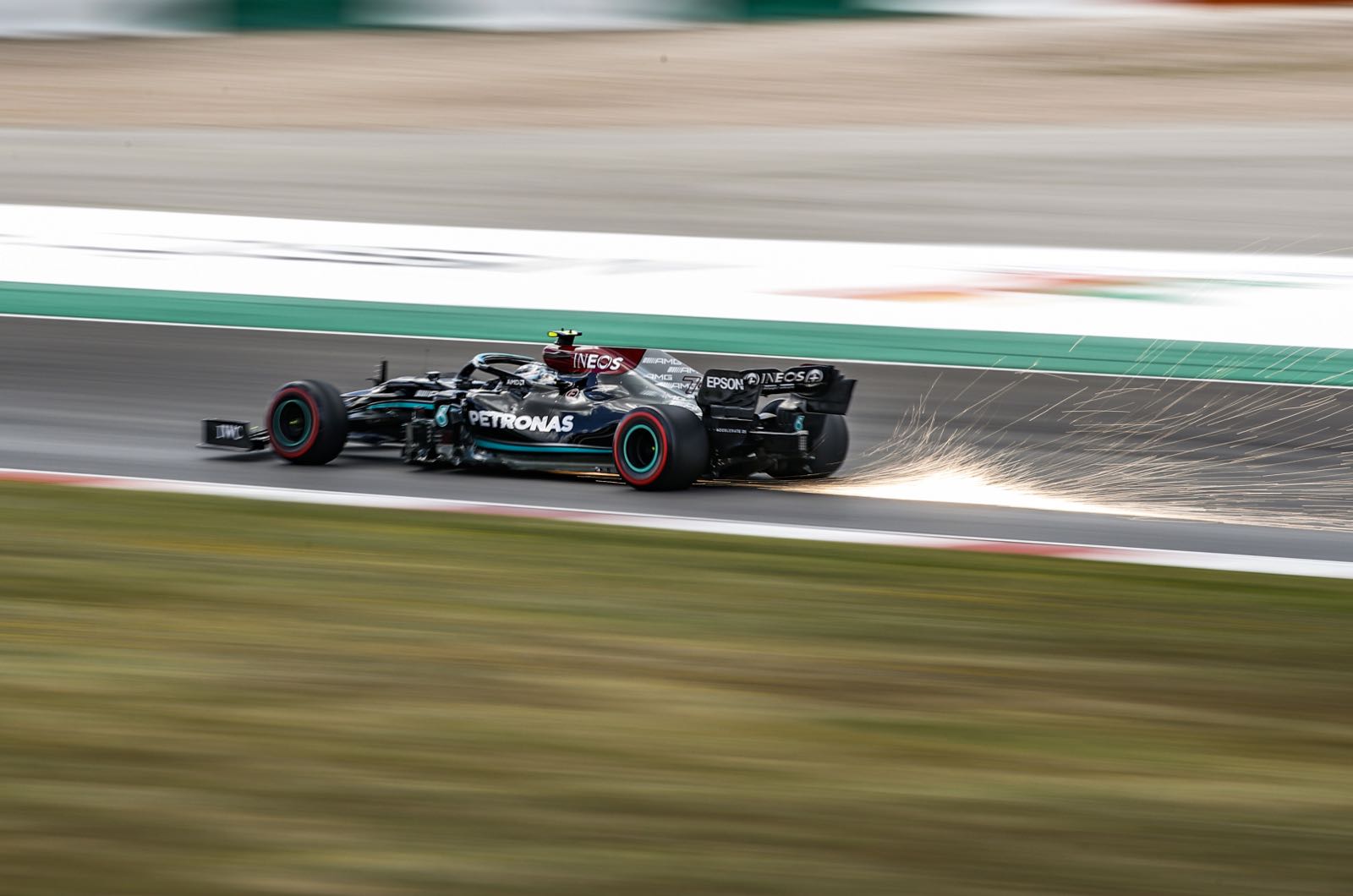 Toto Wolff has dismissed as "nonsense" reports suggesting he may replace Valtteri Bottas with George Russell before the end of the 2021 season.

When asked about the rumours by Osterreich newspaper, including the assertion that Lewis Hamilton is 'almost always' ahead of Bottas, the Mercedes team boss replied: "Nonsense.

"Bottas is really good - he can take on anyone in the field. And again and again he is able to drive faster than Lewis, like last time in Portimao qualifying," said Wolff.

"Lewis deserves to be world champion through being more consistent," he added.

There are also rumours swirling that Wolff is keen to put pressure on seven time world champion Hamilton to kick off his contract talks about 2022.

Asked if news on the topic will soon be forthcoming, the Austrian answered: "At the moment we are concentrating on the championship. We must not take our eyes off the ball.

"If at some point there is time we will talk about the future, but we haven't started that yet."

Finally, Wolff was asked about the obvious tension between Mercedes and 2021 title rival Red Bull - especially after the latter poached a key member of Mercedes' engine operations.

When asked about the tension, he said: "It's very simple - Red Bull recruits employees with the promise of a great future. What I always say is that the future is not clear.

"But it's quite normal to fight off-track. And the fight for the best people is constant."

Red Bull has said Mercedes heads into this weekend's race weekend in Barcelona as the favourite, to which Wolff replied: "Well, they have the crystal ball.

"The truth is that it remains a head-to-head race."