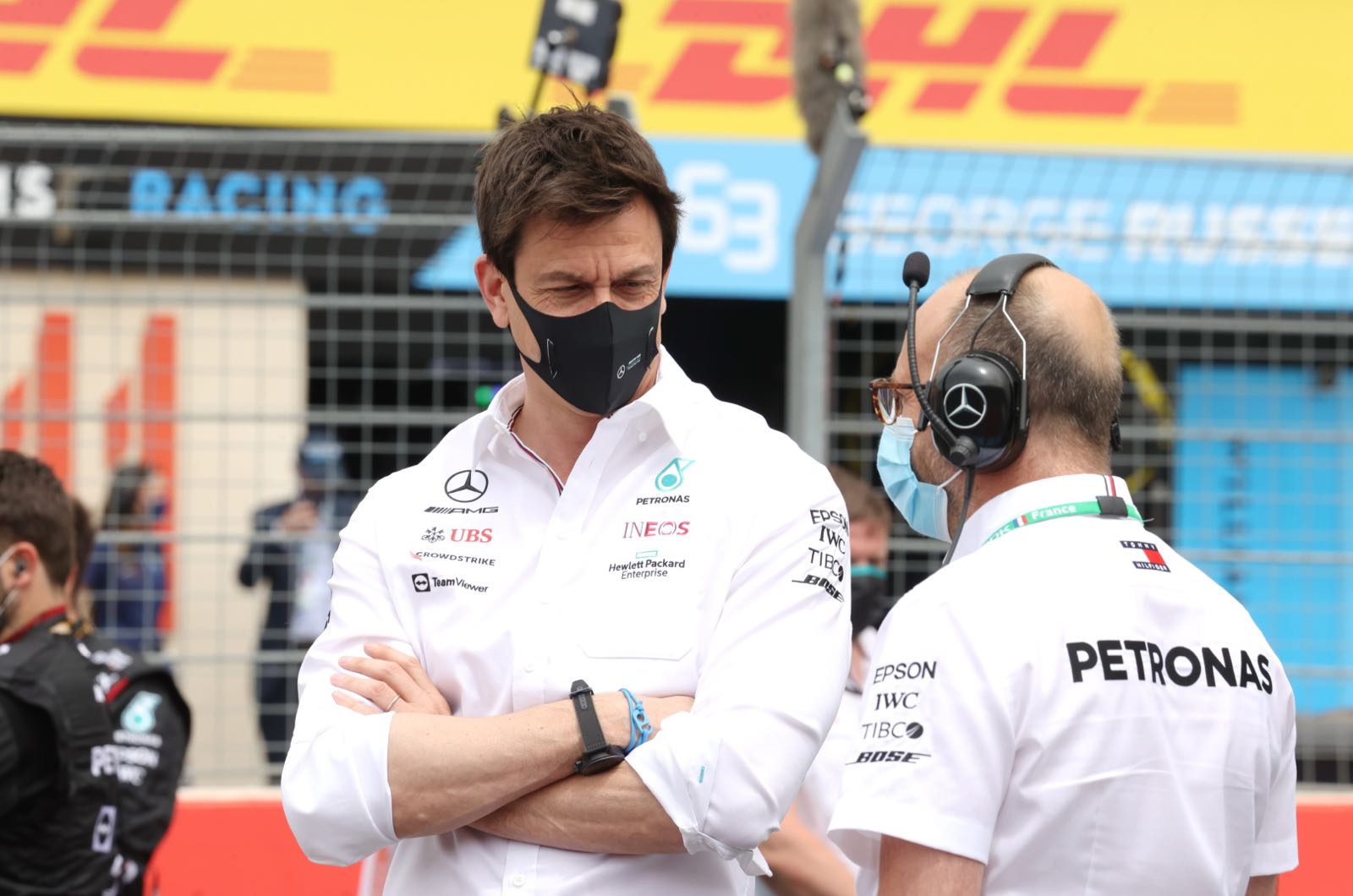 Toto Wolff has doubled down on his claim that Red Bull has raced ahead of Mercedes due in large part to engine power gains.

Honda took fresh engines to Paul Ricard, prompting Mercedes boss Wolff to observe that it explains why Red Bull has now put its nose ahead in 2021.

Christian Horner hit back, with the Red Bull chief pointing out that engine development is actually tightly restricted at present.

Wolff, though, says Honda has still managed to improve.

"You can do that if you increase the durability, then you can perhaps get more performance out of it even if you have almost the same hardware," he is quoted by Speed Week.

"They have clearly made a big leap - bigger than we did. You can see it on the straights already. There is no passing them at the moment."

Another theory is that while Red Bull is charging ahead for the 2021 title with full focus, Wolff has decided developing the all-new 2022 car is even more important.

When asked if winning the title in 2021 or the three seasons after that is more important, the Austrian insisted: "They are all equally important to me.

"But you have to consider that the 2022 regulations will remain in place for a few years, so the steps we take for that now are enormously stronger than the same effort with the current car," he admitted.

So for the short term at least, beginning at Red Bull's own circuit in Austria this weekend and next, Wolff admits Mercedes is no longer the favourite.

"I have no illusions," he said.

"With the current package that Red Bull has with the power and the good chassis, they are very difficult to beat."