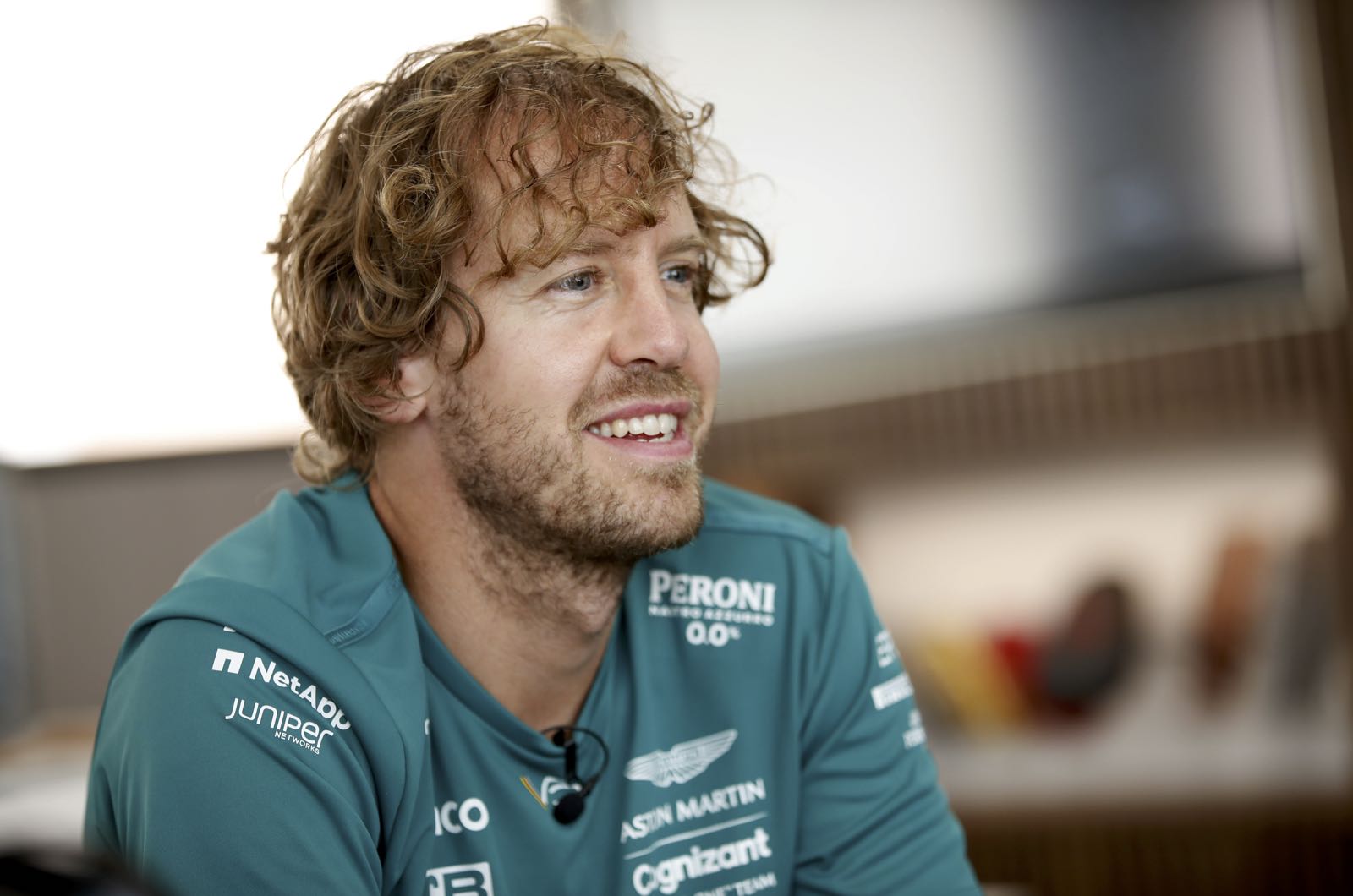 Sebastian Vettel has admitted he is afraid of what comes next for him after Formula 1.

The quadruple world champion is yet to commit to Aston Martin beyond the end of the 2022 season, and likens himself to fellow multiple title winner Lewis Hamilton who has been outpaced so far this year by new Mercedes teammate George Russell.

"Does it excite you to finish eighth, 12th or 13? No it does not, when you know you have been first so many times - and in Lewis' case more than any other guy," he said at a team sponsor event for beer sponsor Peroni.

"George comes in, after spending three years at Williams suffering to death at the rear of the field and then suddenly he is eighth or 12th and life for him is amazing."

Hamilton at least looks set to race on, but the future is less certain for 34-year-old Vettel.

"I don't know what life after Formula 1 looks like just like any sportsperson doesn't know what the next life looks like. You can have certain things lined up but you don't know and that is the truth," Vettel said.

"I don't expect to find something else that I am really good at because I already found that - how many times can you win the lottery?"

Therefore, he admits to wondering if the effort versus reward of being in F1 still makes sense.

"I enjoy driving the car but there are other things I don't like," said Vettel. "After so many years, the usual stuff comes up that you don't understand at the beginning, like the travel.

"It is very time consuming and I have kids at home and a family so it equals time away from them.

"The summer is the usual time when you start to talk so we will see."

When asked if he is basically afraid to enter his post-F1 life, Vettel admits: "yes.

"I have done motor racing for my whole life and it gives you security, in terms of the schedule being made by other people.

"My future depends on this year and the races that I have coming up. I have not decided yet," he said.