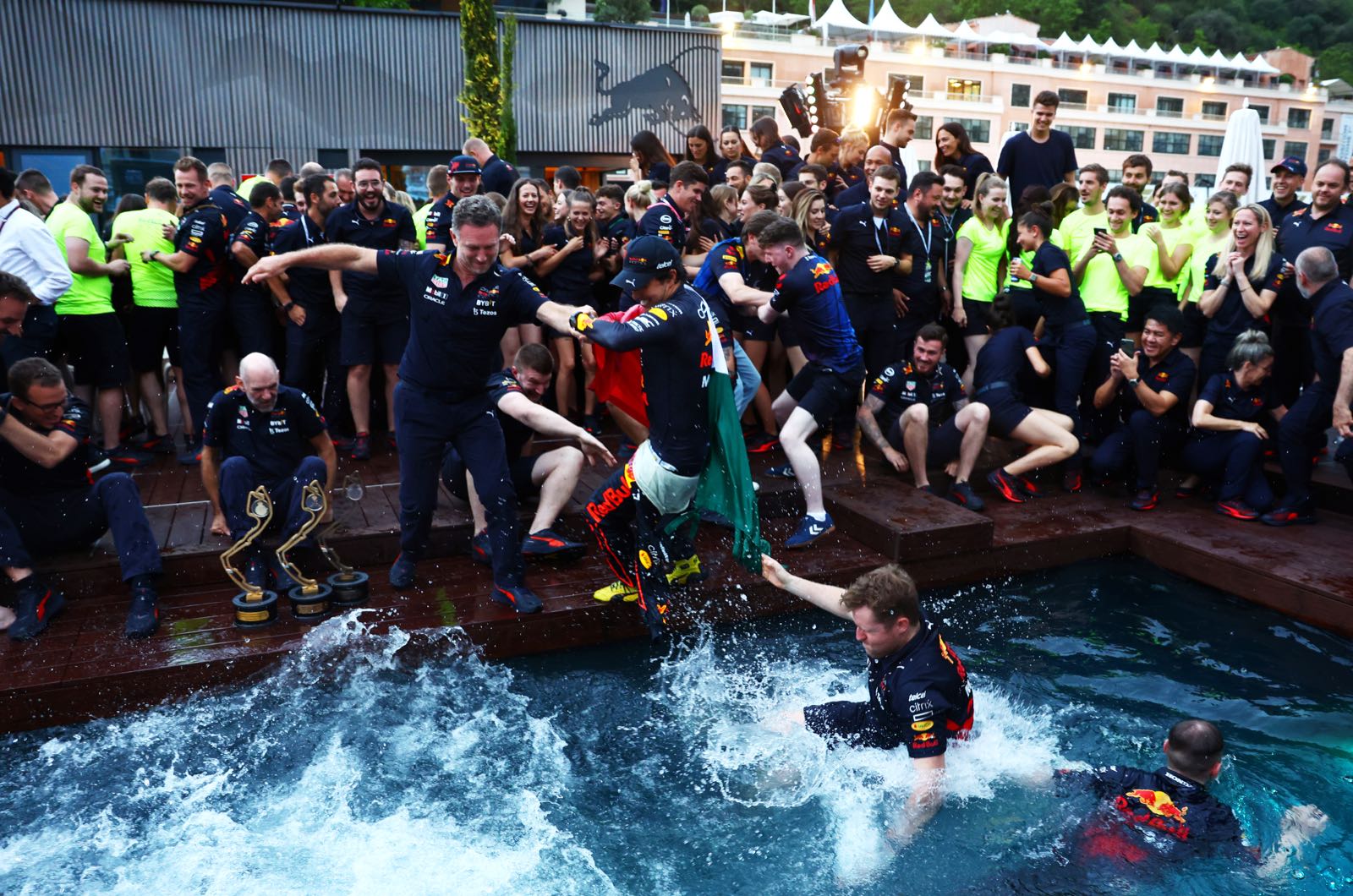 Red Bull says it will not stop Sergio Perez from charging for the 2022 world championship.

Before apologising to his wife for a wild post-race party, the 32-year-old Mexican won at Monaco - just two days after signing a new two-year contract.

"But for that he has to have the speed so he can clearly beat Max on the track.

"We generally have no team orders or a number 1 policy," the 78-year-old Austrian insisted. "If you compare the results, it's four wins for Max and one win for Perez. So Max is the more consistent.

"In terms of absolute speed, Max is the one who dominates but we'll see how it develops."

Marko says the team is simply maximising its chances at every race.

"Checo was told (in Barcelona) to let Max pass as soon as possible as he had a chance of winning. They were on two completely different tyre strategies and Max's worked better," he explained.

"It was about the win and the team points."

But Marko says Dutchman Verstappen is generally "the faster" of the pair.

"In Monaco he (Max) had problems in just one corner over all four practice sessions, which put him behind Perez," he said.

"The handling is not to his liking yet as he wants a car that has absolute grip at the front."

Nonetheless, he admits that Red Bull has a good chance of winning both drivers' and constructors' titles for the first time since Sebastian Vettel in 2013.

"The chances are good because we have two strong drivers," said Marko.

"Perez has improved and thanks to the technical change, he's getting on much better with the car. We still have to work on reliability because three failures is too many, but in terms of speed and consistency, we're able to have a serious word about the constructors' championship."

As for the drivers' crown, Marko added: "I currently see Leclerc as our strongest competitor."

STEINER HOPES FOR NO SCHUMACHER CRASHES IN BAKU