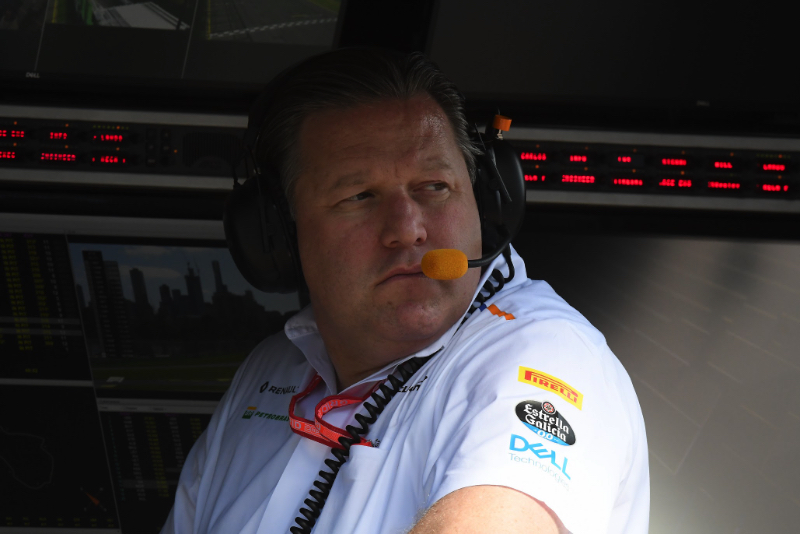 Team boss Andreas Seidl has denied that McLaren could have collapsed financially in 2020.

Recent London High Court documents showed that the Woking based team required a huge cash injection to avoid insolvency within the month of July.

This week, it emerged that a $185 million loan has been secured from the National Bank of Bahrain, which is partly owned by McLaren's Bahraini shareholders.

It raises the question as to whether the team informed Daniel Ricciardo about its money problems before the Australian decided to sign up for 2021.

"As always, I am direct and transparent, as is Zak (Brown)," Seidl told German-language reporters.

"We had an open discussion and Daniel was informed about what was going on. But we never had any doubt about McLaren being on the grid next year.

"Of course it has been a difficult period, but I was in constant contact with Zak and we always looked for the best investment options to put us in a good position."

However, McLaren has had to shed staff, and it emerges that the scheduled wind tunnel and driver simulator investment projects were also scrapped.

"Really, it does not affect anything for this year or next," Seidl insists.

"At the beginning of this crisis, we had to stop all infrastructure work and even now, without knowing what our income will be this year, we must be cautious.

"As you can imagine, I am insisting that everything gets going again as soon as possible, as we have a deficit compared to the big teams," he said.

FERRARI ADMITS B FERRARI CAR IN THE WORKS

GIOVINAZZI SAYS HE MUST BEAT RAIKKONEN IN 2020