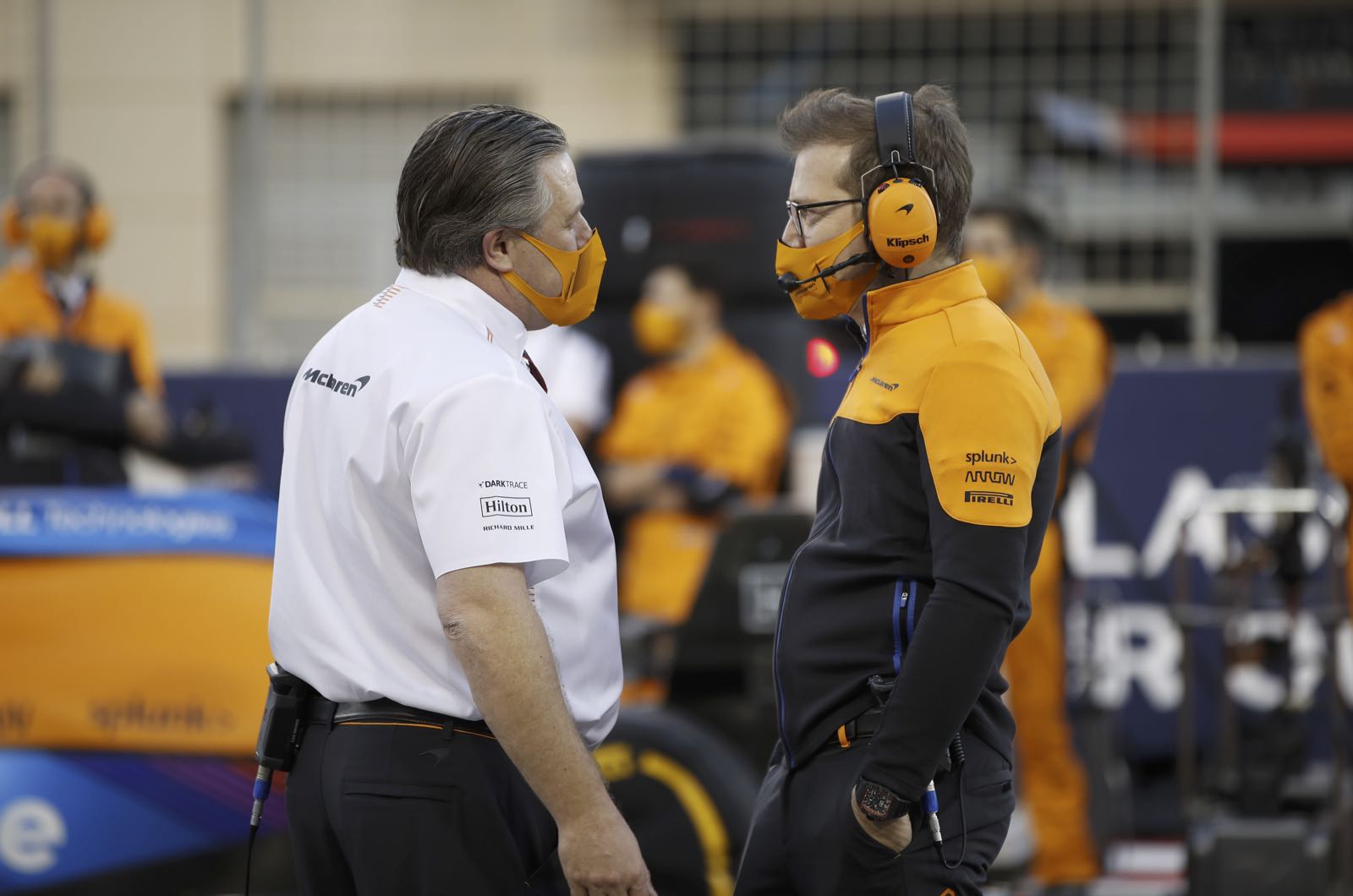 There’s no doubt McLaren had its most positive season since 2012, winning one Grand Prix on merit, scoring the first pole position in nine years and being, regularly, the most competitive team behind Red Bull and Mercedes, but a drop in form on the last part of the season saw Ferrari get the better of the British team and secure third place in the Constructors’ Championship.

For that reason, Team Principal Andreas Seidl was not too enthusiastic at the end of the Abu Dhabi Grand Prix, even if he did try to put a positive focus on his analysis: “Of course, when you’re in P3 for such a long time during the season, it was painful when we lost it in this triple-header due to the incidents we had it in the first lap or the punctures where we lost more than 30 points.”

But the German, that has been pivotal in the changes that propelled McLaren to the front of the field, was also a proud man for the results achieved in such a long and difficult season: “Independent of the battle for third place, it was simply a great season for us, for a lot of reasons. We made a big step forward again with the car, in terms of getting closer with the lap times in qualifying and the race to Mercedes and Red Bull. We were even in a position to occasionally challenge them at the tracks which were suiting our car. In terms of reliability, we had a very good season, again.”

But what pleased Seidl even more was the way the team has returned to its core philosophy, that was the base of its domination of the sport some 20 plus years ago: “In terms of operational strength out here at the track we had a very good season again, we made good steps forward in terms of consistency and speed of the pit stops. Simply the way how we worked together, as a team. was clearly the next step again, which is the most important thing for me to see, because we made a major reset to the team two years ago, in terms of organisation, culture and we created stability which hasn’t been there before at McLaren for several years. We have a great team environment, we have all the talents in place that we need to make the next steps. We simply need time. We are ambitious, of course, but at the same time, we need time to see the results of that.”

And the McLaren Team Principal didn’t forget its strongest partner when it came to pinpointing the factors that helped the team move forward: “One very important thing about this year was to get our partnership with Mercedes up and running. It was very important to do this, this year. We thought with the new technical regulations coming in place, we could gain a lot of experience also with a Mercedes Power Unit this year. That puts us in a better position designing a completely new car next year already knowing the Mercedes Power Unit - that was a job really well done on both sides, on our side but also on Mercedes’ side, getting this done.”