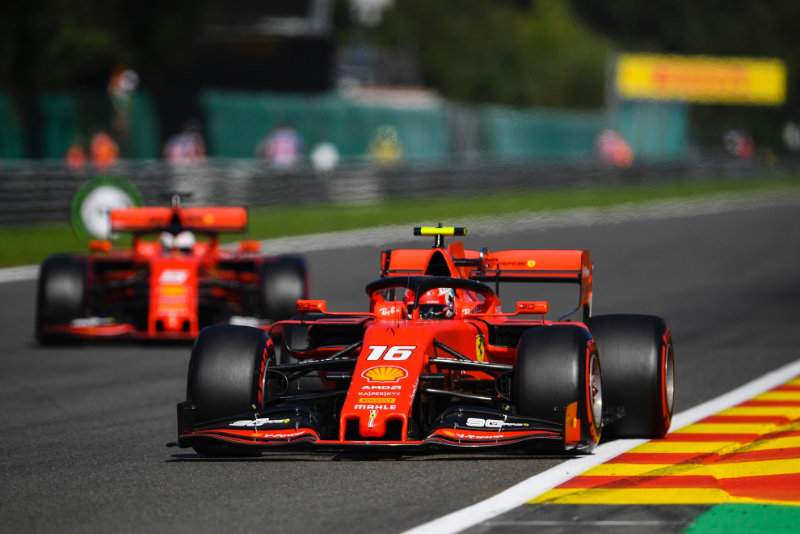 Charles Leclerc is displaying "impressive maturity" in his first season as a Ferrari driver.

That is the view of F1 legend Alain Prost, who told France's RMC Sport that the Monaco-born driver has already become a "big star" of Formula 1.

"He has adapted very quickly to almost number 1 status in a team like Ferrari that never took a young driver before. It's the first time for them," the quadruple world champion said.

"Withstanding pressure like that is not so obvious, even if there were some difficulties at times," Prost added. "But it is still a quite impressive maturity."

However, Prost warns that the situation in which Leclerc has four-time world champion Sebastian Vettel as his teammate has the potential to escalate.

"It's a complicated situation of management," he said.

"With his experience, Vettel was considered the number 1 in the team, so it's hard to manage that. I think it's going to be difficult especially next year.

"I think Ferrari will be strong next year and they will have to deal with the fight between Charles and Sebastian. If the car is good and they are both fighting over the title, that could give it to Mercedes," Prost warned.