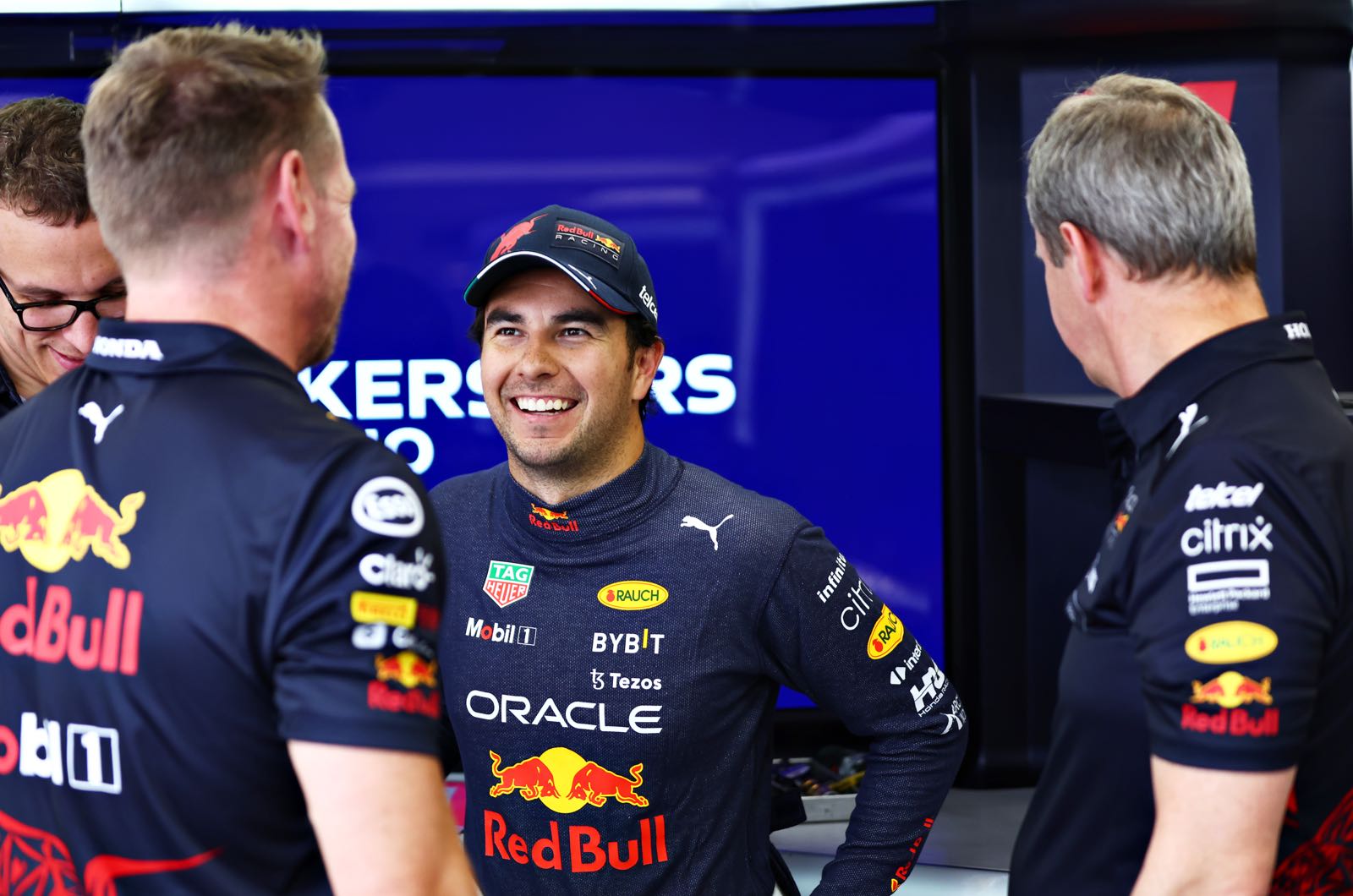 Sergio Perez says he is "too young" to be considering following Formula 1 rival Sebastian Vettel into retirement.

At the age of 35, quadruple world champion Vettel has called time on his own F1 career at the end of the 2022 season.

Mexican Perez is currently 32, but he will be almost 35 by the time his recently-extended Red Bull contract runs out at the end of 2024.

"I still have a contract until 2024," he confirmed to Sport Bild, "but I can't imagine that I'll end my career then.

"Even if the sport takes up a lot of time, that's how it is. Formula 1 will be your life.

"But I'm too young to stop and still having too much fun," added Perez, who like German Vettel is married with children.

He insists, however, that when the time does come for him to step away from Formula 1, "it won't be difficult for me".

Asked by the German magazine to explain why, Perez said: "Because the best moments of my life have nothing to do with racing, like the birth of my children.

"But even the simple things mean a lot to me. If I can get a taco in Mexico for 20 pesos and spend time with my family, these are moments that you don't experience in Formula 1," he explained.

Perez even says his target of winning the world championship is still fully intact, even though his teammate Max Verstappen is the reigning world champion.

"I can beat anyone in Formula 1, including Max," he insists.

"I've shown that several times this season, although unfortunately that isn't enough to be certain of success. Max has incredible quality, he's extremely calm for his age and has a very good feeling for the car.

"That's why the question isn't whether I can beat him in one weekend, but how many races I can finish ahead of him," said Perez. "It's about consistency.

"That's what makes a champion."

Indeed, after a strong start to 2022, Perez has begun to fall clearly behind Verstappen - earning him a couple of rebukes by Red Bull top official Dr Helmut Marko.

"At the beginning of the season I felt very good in the car," he admits, "but then we developed it some more and it no longer suits my driving style 100 percent.

"I have to adapt now because it currently suits Max better, and hope that we'll go more in the direction we had at the start of the season.

"Then I can really attack again," added Perez. "But if I wasn't in such a top car, I probably wouldn't be in this sport anymore."