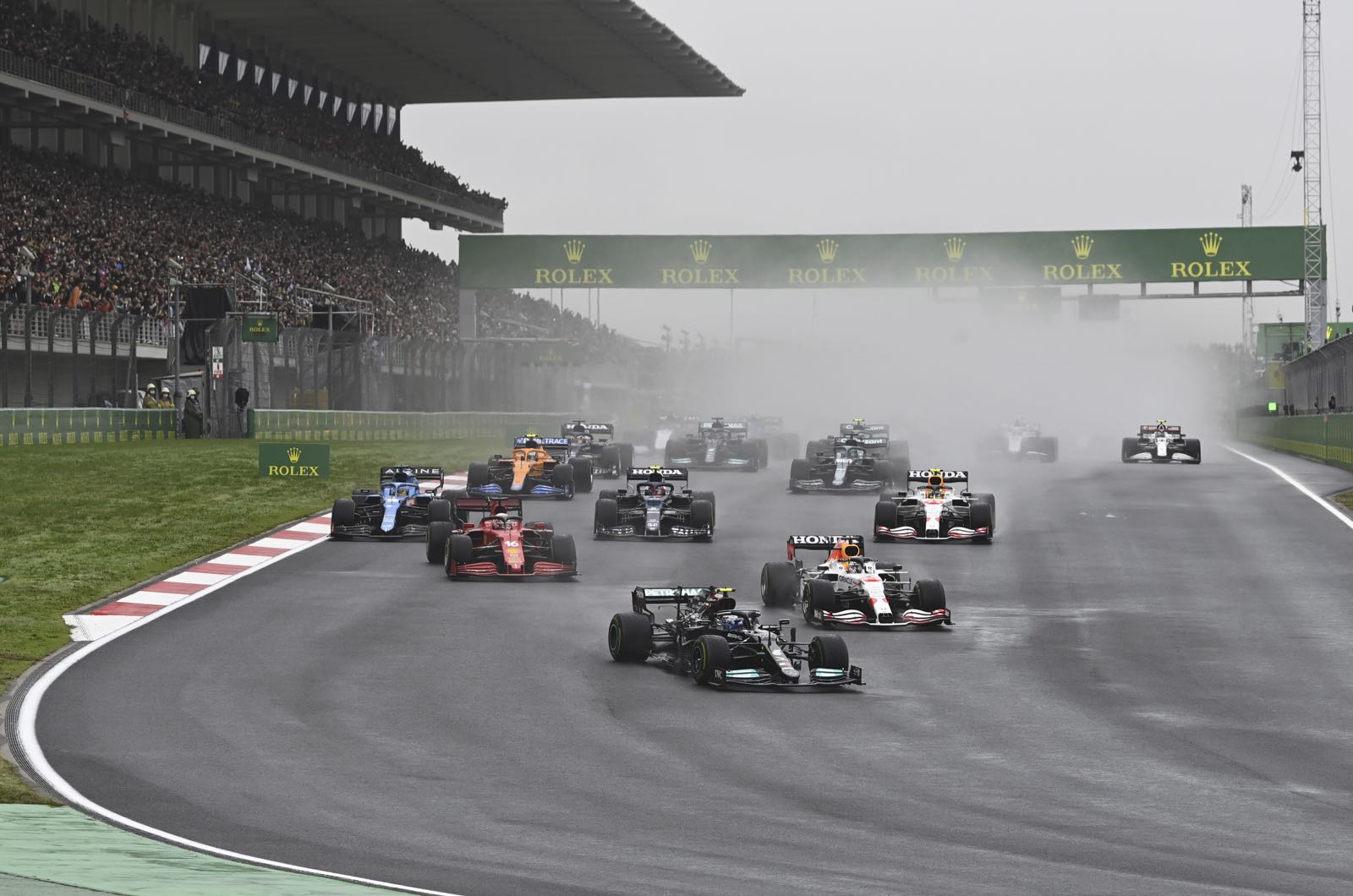 The energy drink-owned team caused a stir in recent days by questioning the legality of what many suspect is a performance-enhancing loophole related to the intercooler that is a feature of the latest Mercedes upgrade.

"We have raised some questions, as all teams do," Horner confirmed to DAZN.

"It wasn't just Red Bull, by the way. There were other manufacturers who also raised questions and continue to ask them.

"I've asked the FIA to look into it because when you achieve straightline speed that is higher than if you had DRS open, it's something that is quite impressive."

Horner says the development has also changed the face of Red Bull-Honda's intense battle with Mercedes for the 2021 world championships.

"Their speed in a straight line has taken a significant step recently," he said.

"While before we could match them with smaller wings, now we can't get close. Hamilton - particularly in Turkey - had a significant advantage even with a bigger rear wing on his car."

The next race is in Austin, which Horner describes as a long-time "stronghold" for Lewis Hamilton and Mercedes.

"But then there's Mexico and Brazil, so hopefully we are still quite strong at the higher altitude races," Horner said.

His colleague Dr Helmut Marko told f1-insider.com: "It is a mystery to me how Mercedes found so much power since the race at Silverstone.

"Honda now has to step up, otherwise we have to compensate for the disadvantage in the area of the chassis.

"At the moment I only see two races where we have an advantage because of the altitude: Mexico and Sao Paulo. Mercedes is currently the favourite for the other four tracks," the Austrian added.

Dutch GP boss Jan Lammers agrees that Red Bull should be worried about the latest shifts in the F1 hierarchy.

"I think they have to be careful not to get into a fight with Ferrari, McLaren and Alpine as well. Red Bull is one of the few teams that has not taken a step recently, so they have a lot to worry about."

One bit of good news for Red Bull is that designer Adrian Newey is back on the pitwall after reportedly suffering injuries as a result of a recent accident.

"We are well positioned across the board," Marko said, "but Adrian is of course the head of the inspiration.

"He was back at the track for the first time in Istanbul and able to help us once again."