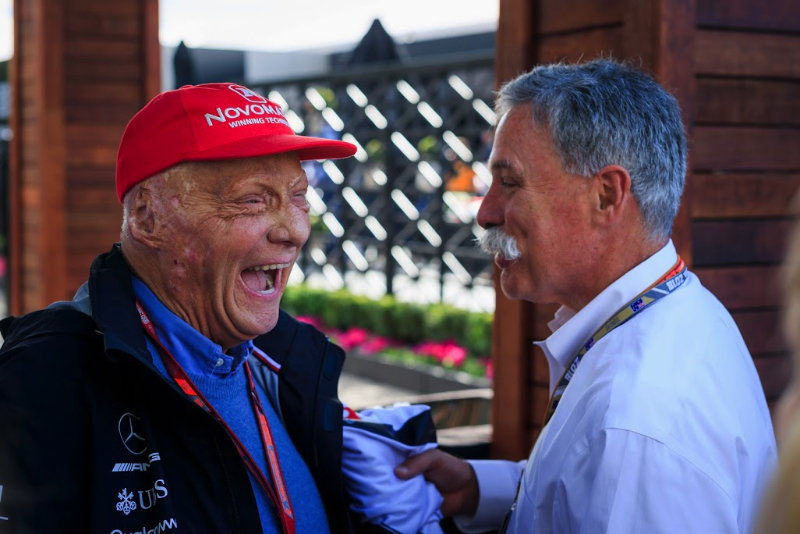 On Monday, we reported that Mercedes' 70-year-old team chairman had left rehabilitation after his 2018 lung transplant surgery in order to receive kidney dialysis at a private clinic in Switzerland.

"With deep sadness, we announce that our beloved Niki has peacefully passed away with his family on Monday," Lauda's family said in a statement.

The great Austrian was an icon of Formula 1. He won three world championships, survived a fiery 1976 crash that left him permanently scarred, and had management roles at Ferrari, Jaguar and Mercedes.

Lauda also founded airlines, and had five children. His last two children were with his second wife Birgit, who donated a kidney to Lauda in 2005.

"His unique achievements as an athlete and entrepreneur are and will remain unforgettable. His tireless zest for action, and his straightforwardness and courage, remain a role model and a benchmark for all of us," Lauda's family continued.

"He was a loving and caring husband, father and grandfather away from the public, and he will be missed very much."

DEBATE BREWING OVER STANDARD PARTS FOR 2021

SIROTKIN INSISTS WILLIAMS DID NOT 'GET RID OF' HIM

MCLAREN NOT GIVING UP ON INDY SAYS BROWN