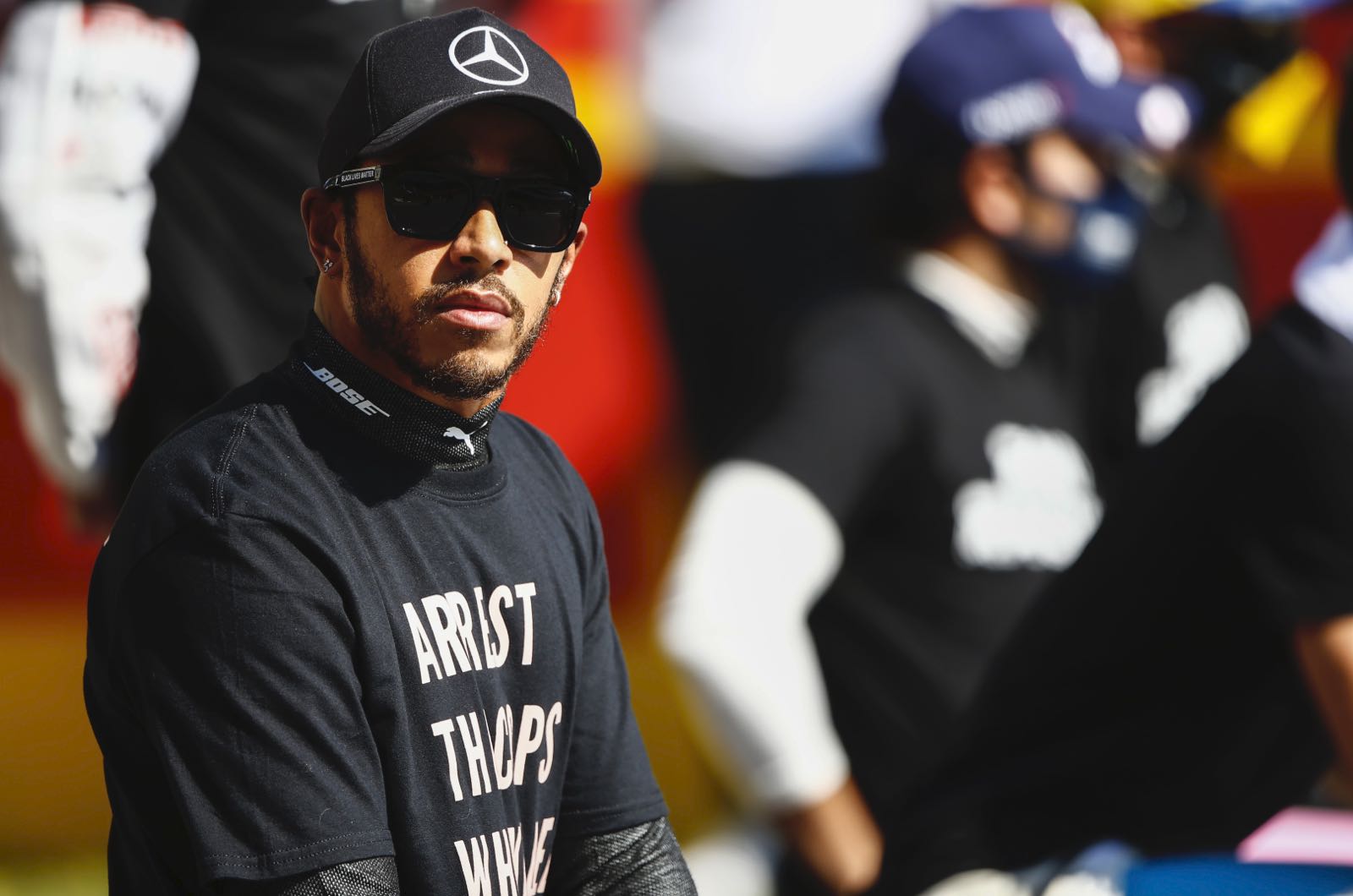 The denial from the dominant championship-winning team comes amid reports the FIA is looking into whether Lewis Hamilton broke the sport's rules about political messaging with a t-shirt he wore at Mugello.

While the six-time world champion has worn a 'Black Lives Matter'-branded t-shirt whilst kneeling prior to races this year, he changed the messaging for Mugello.

Suddenly, Hamilton wore a t-shirt demanding that officials in America "arrest the cops who killed Breonna Taylor" - a reference to a highly contentious police shooting in March.

An FIA spokesman confirmed that an investigation into Hamilton's wearing of the shirt on the podium and in post-race interviews is under "active consideration".

Mercedes, though, is defending the 35-year-old, who at the next race could equal Michael Schumacher's record tally of 91 grand prix wins.

On Twitter, a user asked Mercedes and Hamilton to "keep politics out of F1 please".

"We're not bringing politics into F1," Mercedes, whose official Twitter also claims to be "racing for diversity and inclusion" in 2020, replied.

"These are human rights issues that we are trying to highlight and raise awareness of. There's a big difference," the team added.

An unnamed F1 team boss doubts Hamilton will be sanctioned for wearing the t-shirt.

"You cannot sanction Lewis for an action that is supported all over the world. I'm sure Mercedes sees it the same way," the boss told Sport1.

2021 CAN BE MUCH BETTER FOR FERRARI SAYS SAINZ