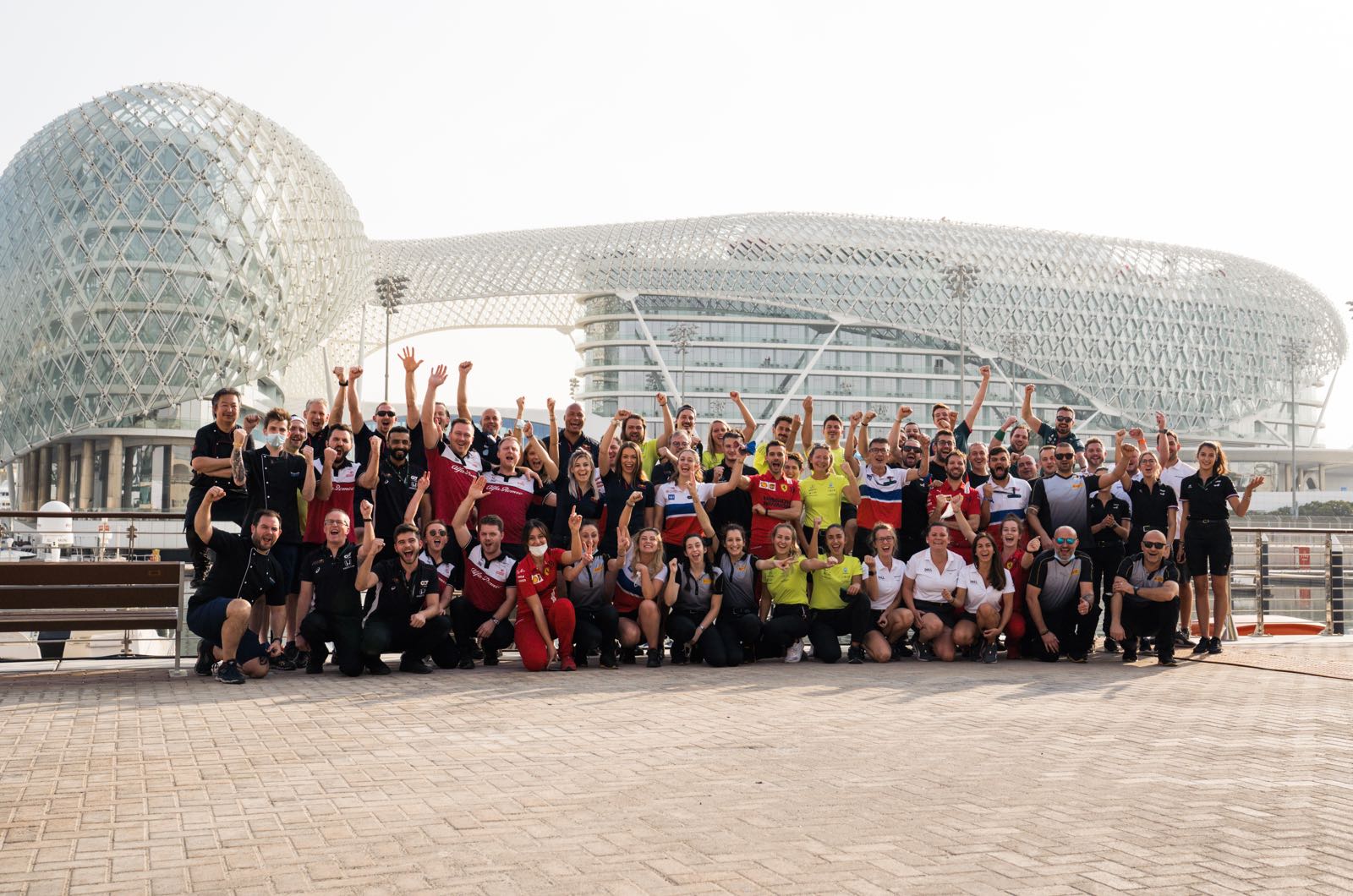 It has now become a tradition that every team, Pirelli, the FIA and the Formula One Group get their entire crews together for an end of the season photo, all done with Formula One precision, under the orders of their respective official photographer and under the direction of the team’s Head of Communications, telling who sits where, distributing chairs with names on it, so everyone knows their place and all done to the schedule. On Sunday morning you had to be careful walking the Yas Marina Circuit paddock, because most teams were carrying dozens of chairs from their hospitality areas, through the garages into the pit lane, for their end of the season photos.

In the middle of such precision and organization, it’s nice to see there’s still room for spontaneity and camaraderie between the teams, so having started to put together a group photo three years ago, the hospitality crews of the ten teams and Pirelli got together on Sunday early morning – after they served breakfast to the staff – for a non-organized, no chair, no pre-determined seats, nothing, photo shot done by Honda’s official photographer.

Compare the smiles on everyone’s faces to the photos from each team and you see how much more people enjoy spontaneous celebrations compared to corporate events… And while they are anonymous to the fans and don’t get recognized on the streets or even in airports, unless from people of the team they worked for, this group of fine man and woman work the longest hours of all in Formula One, arriving on site the Sunday before a race, being there the whole week from 7AM to 10PM, preparing marvelous breakfasts, lunches and dinners for the entire crew and also for the many team guests. Without them, teams couldn’t operate, so here’s the picture of the ones that feed the entire paddock and do it for little money but always with a smile on their faces.