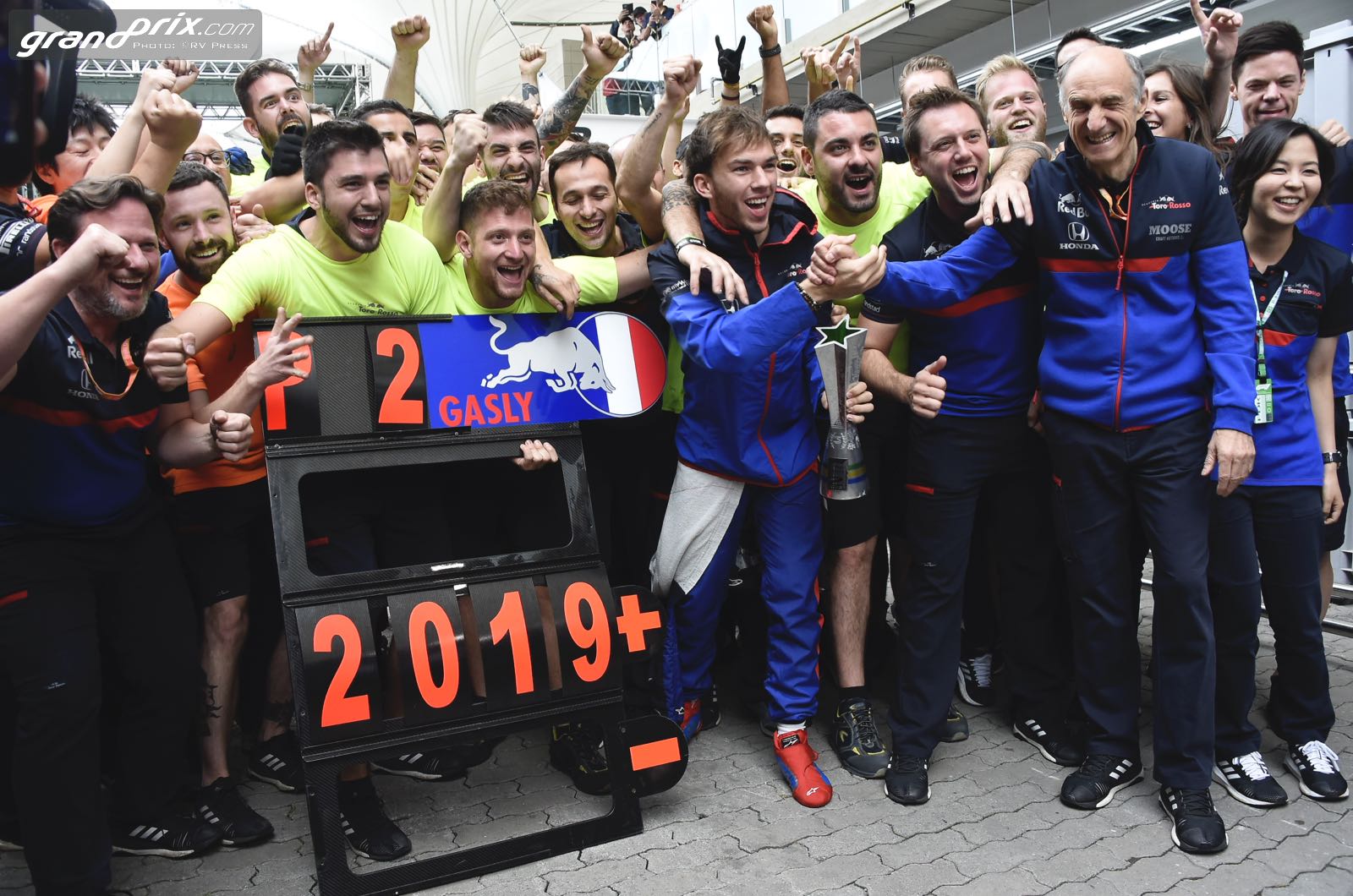 Pierre Gasly thinks his 2020 seat at Toro Rosso, to be renamed Alpha Tauri next year, is "completely deserved".

Off the back of a strong first full season with Toro Rosso last year, the Frenchman was promoted to be Max Verstappen's teammate in 2019.

He told the Dutch publication Formule 1 that he knew Verstappen would be a tough challenge.

"I've known Max since our time in karting," said the 23-year-old. "I know how fast he is on a single lap and in the races.

"He performed very well during those first twelve races, at the level I expected of him."

As for himself, Gasly insists he did not come "even close to my level".

He is not specific, but Gasly has hinted that he did not receive the full backing of Red Bull to up his game.

"I think that if we had wanted, we had everything we needed to make it work."

However, Red Bull demoted Gasly to Toro Rosso, where he will stay next year, and instead put the British born Thai rookie Alex Albon next to Verstappen.

Gasly said: "For the past seven years I have always been super competitive, except for those six months at Red Bull.

"That's why it's a bit frustrating that we were not able to make the changes that were needed."

But Gasly is at least grateful that he will still be in Formula 1 in 2020.

"Based on the results I have achieved with Toro Rosso since Spa, I think the seat is completely deserved," he said.