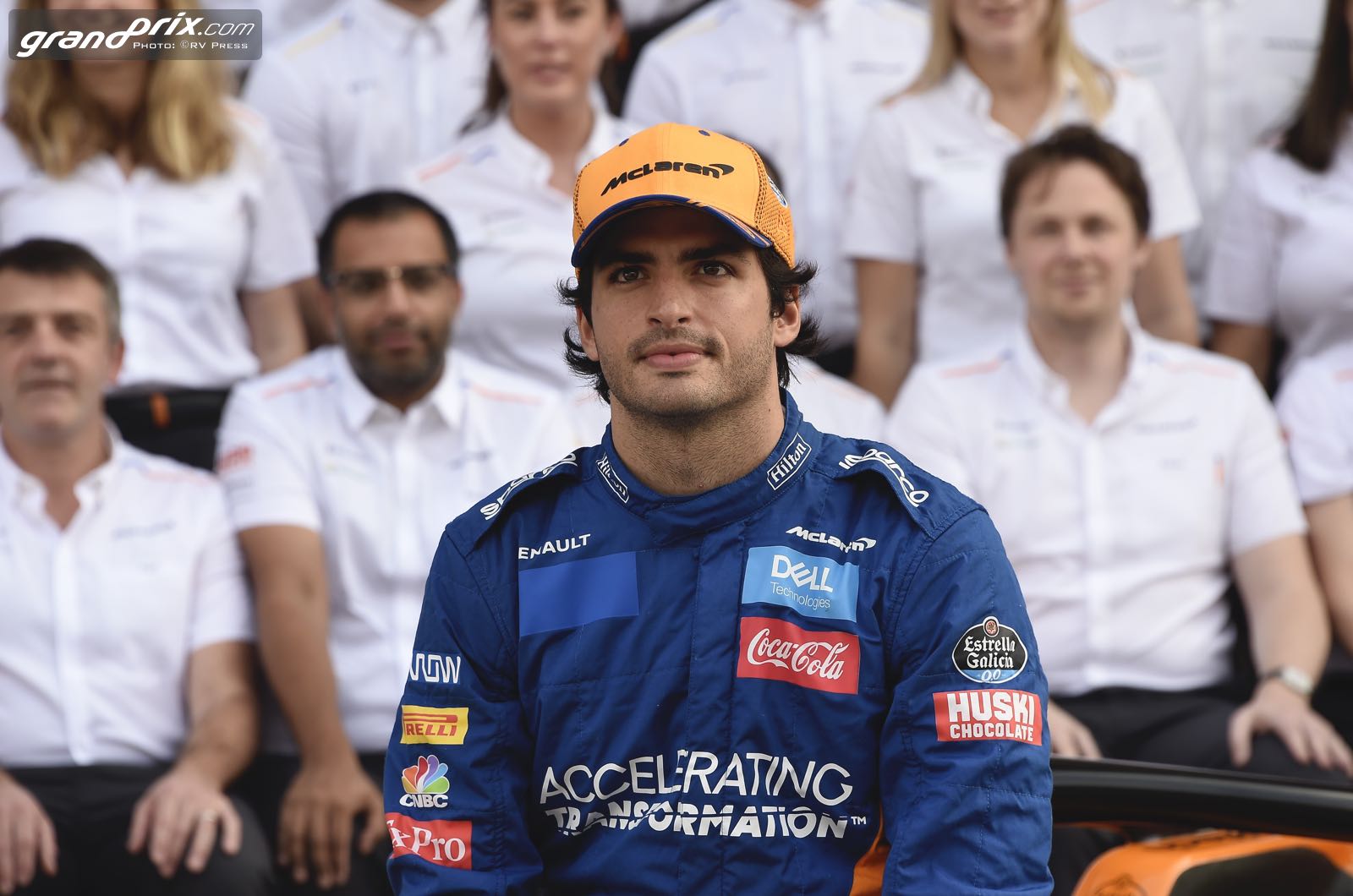 The announcement of Sebastian Vettel's post-2020 departure from Ferrari means one of the most coveted seats in Formula 1 is now up for grabs.

"It's definitely not me," Max Verstappen smiled in the hours following the announcement on Tuesday.

"I think it's not going to be the Italian-sounding name," Verstappen said, referring to Ricciardo, his former Red Bull teammate.

"It's just a guess, we'll have to wait and see," added the Dutchman.

Spain's AS newspaper thinks a two-year Ferrari contract is on the table of current McLaren driver Sainz. Ricciardo is being linked with the potential McLaren vacancy.

Italian sources, including Corriere della Sera, say Sainz's deal could be worth EUR 10 million a year.

"Sainz is a strong driver, but it should be noted that he only has one podium. This is not a name that warms the heart," Ferrari insider Leo Turrini told Italy's Radio24.

"Ricciardo? It seems that he has already signed a contract with McLaren," he added.

Carlos Sainz's famous father and namesake admitted that speculation about his son's future is "accelerating".

"I can't tell you much because I don't want to deceive anyone," Carlos Sainz snr told Movistar. "But it is clear that things are accelerating and that the teams are not going to wait for the season to start because it is not even known if there will be a season."

Sainz snr added: "It is true that he is happy where he is and it is true that lately things have moved a lot, and I want to think that sooner or later there will be a solution. We cannot stay for two more months with these rumours.

"But I am sure you are going to allow me to not tell you any more because these are delicate moments," he said.

"But in life you either stagnate or you take steps, and from what I see as a father he has the ambition to keep doing better and taking steps forward. All I can do is encourage him," added Sainz.

However, there are those who think Vettel and Lewis Hamilton might sensationally switch seats.

"I hope so," former F1 driver Timo Glock smiled to RTL. "Formula 1 would benefit from a small change of colour.

Another ex driver, Jarno Trulli, is quoted by L'Equipe: "Mercedes will certainly not be enthusiastic about letting Hamilton go, but he is the best driver so I don't have any difficulty seeing him at Ferrari."

Former F1 supremo Bernie Ecclestone, however, agrees with those who think it will be Sainz who is installed alongside clear number 1 Charles Leclerc.

"Sainz has suddenly grown into a very competitive driver and he would be easy for the team to manage," he told Bild newspaper.

"If he went there, he would be number 2 and he would have no problem being number 2 at Ferrari," said Ecclestone.