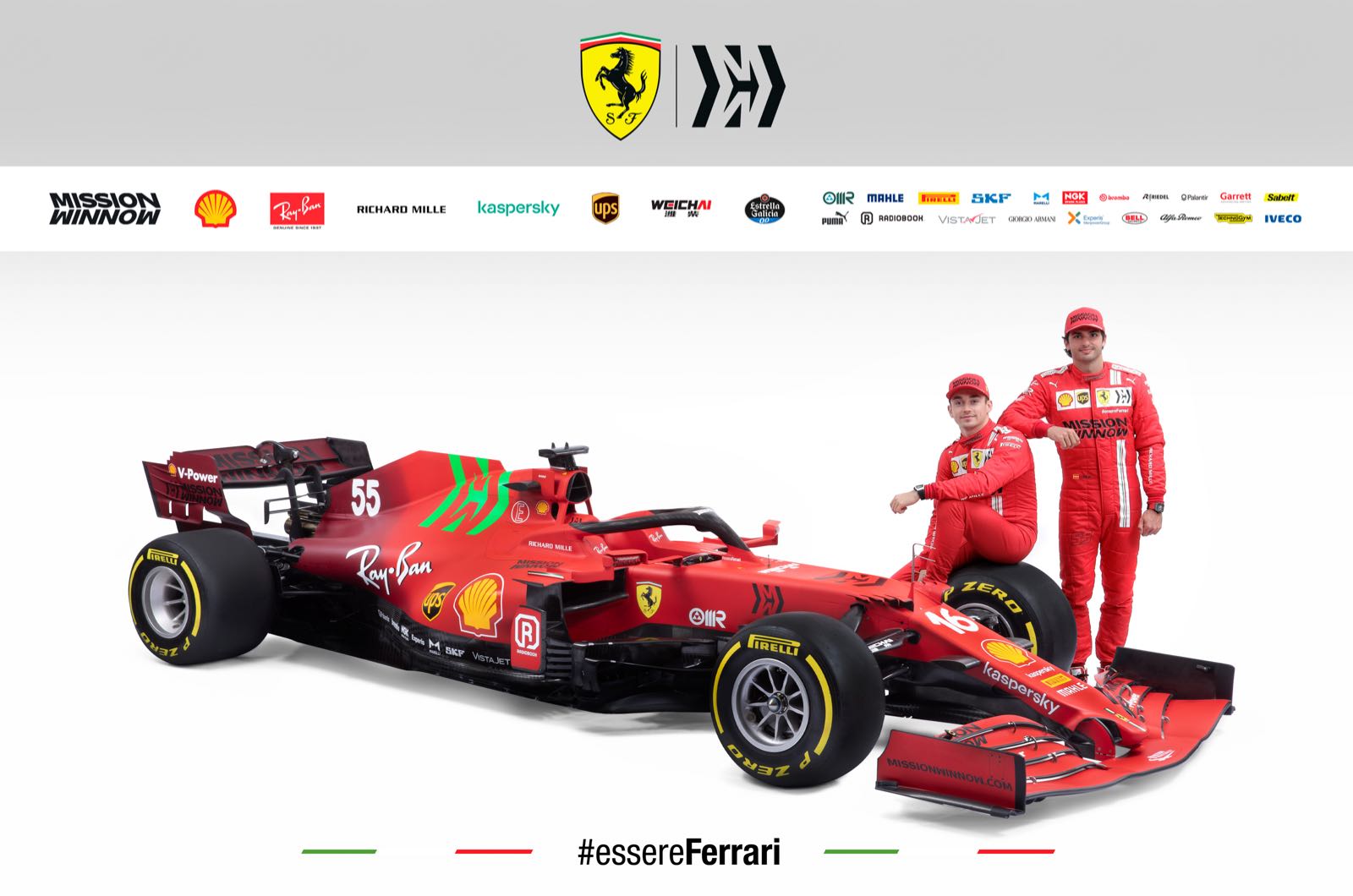 Even the drivers were surprised when they first saw the neon green addition to Ferrari's 2021 livery.

Charles Leclerc added: "It was a last-minute change. I have to say I'm getting used to it already."

Of more significance are the changes to the actual Maranello-made package, despite F1's almost complete development 'freeze' amid the pandemic.

The sluggish 2020 engine has been replaced with a considerably new power unit, the nose has been visibly tweaked, and the rear suspension and gearbox are totally new.

"This car was born out of last year's car due to the new regulations so it was partially frozen, but we tried to improve it in all of its areas wherever it was possible," said team boss Mattia Binotto.

However, he admitted that most of the focus this year will be on the 2022 car.

"That's also what the competition is planning," Italian Binotto insisted.

"Nobody wants to miss the big change in regulations. There should therefore be fewer updates during the season than we have seen for a long time.

"The balance of power at the start of the season could also be the same at the end," he added.

Finally, Binotto said he is ready for team newcomer Sainz to not be at "100 percent" of his speed at least initially in 2021.

"When will I be at 100 percent?" the Spanish driver said ahead of the start of official testing in Bahrain. "That will depend on my first feeling with the car."