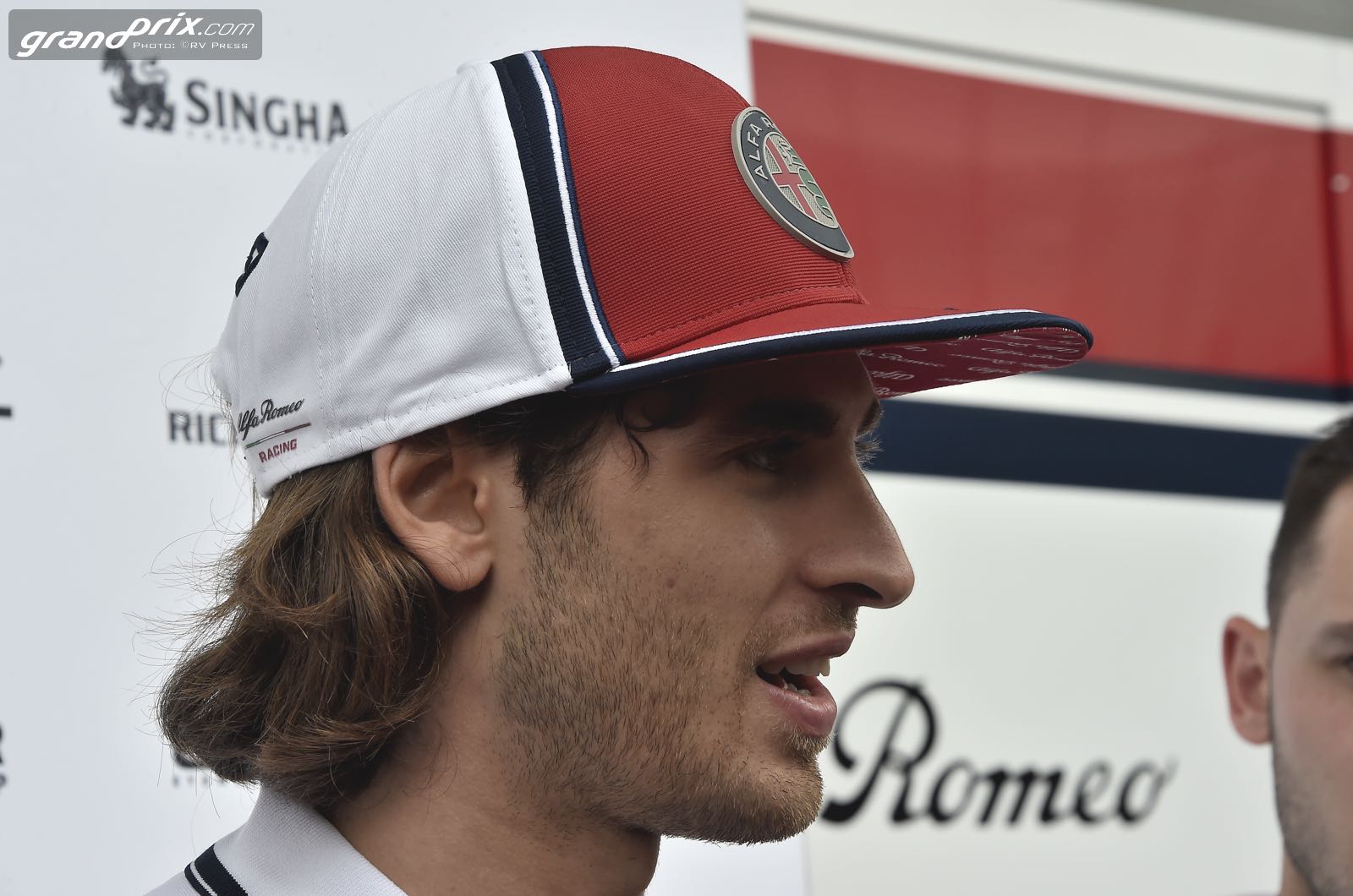 Antonio Giovinazzi says 2020 is an "important season" for both himself and Alfa Romeo.

It is believed team boss Frederic Vasseur considered linking back up for 2020 with Nico Hulkenberg - his protege from the junior categories.

But after a boost in late-season form and with Ferrari's continued backing of the Italian driver, Giovinazzi has secured another full season with the Swiss team.

"I grew a lot in the second part of the season and I believe the team noticed that too," he added.

"I am happy to do another season with the team, with the same people and the same teammate.

"The last race is in Abu Dhabi, but my eyes are already on 2020. It will be an important season so starting with the winter testing we must be immediately ready with the new car," Giovinazzi said.

The 25-year-old finished a season-best fifth in Brazil, but he admitted that was helped by the controversial clash between Ferrari's works drivers.

"These things can happen," Giovinazzi said.

"It's a race, everyone is trying to do their best, it's just a shame for them that they lost a lot of points.

"But my job for the weekend is to be in the right place at the right time and that's what we did.

"I'm happy for us. It was a positive weekend for myself and for the team with fourth and fifth and a nice haul of points for the team. We needed it," he added.

HULKENBERG NOT SWITCHING TO INDYCAR

SCHUMACHER MUST DO WELL IN F2 NEXT YEAR